Materials and Methods: Patients were grouped according to primary diseases as those with and without lower urinary tract dysfunction. Urinary tract infections during year 1 posttransplant were inves­tigated. Estimated glomerular filtration rate was calculated using Schwartz formula.

Conclusions: Graft survival rates of patients with posterior urethral valve and vesicoureteral reflux nephropathy were similar to those shown in patients without lower urinary system dysfunction; however, patients with neurogenic bladder had worse graft survival and urinary tract infection rates.

Lower urinary tract dysfunction (LUTD) is one of the most important causes of chronic renal failure in childhood.1 According to a 2006 North American Pediatric Renal Trials and Collaborative Studies report, 15.8% of all cases of end-stage renal failure consist of obstructive uropathies, of which 5.1% are related to vesicoureteral reflux (VUR) nephropathy.2 In a recent report from Turkey, the cause of end-stage renal failure was VUR nephropathy in 18.5%, neuro­genic bladder in 15.1%, and obstructive uropathies in 10.7% of cases.1 Although renal transplant is the most successful treatment modality for chronic renal failure, physicians have some concern for disorders affecting the lower urinary tract system. In some studies, graft function was worse in patients with LUTD after renal transplant, whereas others showed no differences.3,4 In this study, we aimed to determine rates of urinary tract infection (UTI) and graft survival in pediatric renal transplant recipients with LUTD with particular focus on neurogenic bladder, posterior urethral valve (PUV), and VUR nephropathy.

Study design and patients
Data of pediatric patients who underwent renal transplant between March 2005 and January 2014 and who had at least 6 months of follow-up were retrospectively evaluated. Patients and their parents provided consent for study inclusion. In addition, approval was obtained from Akdeniz University Faculty of Medicine, Clinical Research Ethics Committee. The patients were grouped according to primary factors causing renal failure: (1) those with LUTD (PUV, VUR nephropathy, and neurogenic bladder) and (2) those with other causes (non-LUTD). Patients in the VUR nephropathy group included those with primary VUR and secondary VUR due to recurrent UTIs. Patients in the neurogenic bladder group included those with meningomyelocele, VACTERL (vertebral defects, anal atresia, cardiac defects, tracheo-esophageal fistula, renal anomalies, and limb abnormalities) syndrome, prune belly, Ochoa syndrome, and non-neurogenic neurogenic bladder.

Demographic data, information on prior dialysis treatment, and duration of dialysis treatment were recorded. Pretransplant evaluations of patients with LUTD included a detailed urologic examination, retrograde voiding cystourethrogram, uroflowmetry, and urodynamic examination, if necessary. Corrective procedures such as bladder augmentation before transplant were also recorded.

Study definitions
Renal transplant recipients were examined daily in the first week posttransplant, twice per week in the first month, weekly in months 2 and 3, and then biweekly and monthly after month 3 and month 6, respectively. At each examination, serum creatinine and cystatin C levels and blood levels of immuno­suppressive drugs were measured and urinalysis was performed. Estimated glomerular filtration rate (eGFR), which was determined using the Schwartz equation derived from serum creatinine and cystatin C (eGFR [mL/min] = 10.2 × [body cell mass/cystatin C]E 0.40 × [height × body surface area/creatinine] E 0.65), was calculated at posttransplant months 6, 12, and 24.5

The presence of leukocyte esterases, nitrites, and leukocytes in the urine was analyzed using the Iris iQ 200 urine analyzer (Beckman Coulter, High Wycombe, UK). Pyuria was accepted as the presence of > 5 leukocytes/high-power field in the urine; urinary cultures were obtained from patients with pyuria under suitable conditions. Blood agar and MacConkey agar were used as urine culture media; the presence of more than 100 000 colony-forming units/mL on midflow urine samples was accepted as positive.

Ultrasonographic examination of the urinary system was performed once every 6 months in patients with LUTD and annually in non-LUTD patients. Voiding cystourethrogram was performed to investigate the presence of reflux in transplanted kidneys of patients who had hydronephrosis/hydro­ureteronephrosis or who had UTI during follow-up.

Immunosuppressive protocol
As induction treatment, methylprednisolone was commenced on the day of transplant at 500 mg/m2, which was decreased to 80 mg/m2 on day 2 posttransplant and then gradually decreased until the maintenance dose of 5 mg/m2/day in month 3. In addition, induction treatment with antithymocyte globulin or basiliximab was administered in deceased-donor transplant recipients or in recipients with high immunologic risk. A calcineurin inhibitor (cyclosporine or tacrolimus), an antiproliferative agent (mycophenolate mofetil, mycophenolic acid, or azathioprine), and prednisone were used as maintenance immunosuppressive treatment. Targeted plasma tacrolimus levels were 10 to 12 ng/mL for the first 3 months, 8 to 10 ng/mL for the second 3 months, and 4 to 8 ng/mL after 6 months, whereas targeted cyclosporine trough blood plasma levels were 300 to 350 ng/mL, 250 to 300 ng/mL, and 150 to 250 ng/mL, respectively. All patients received cotrimoxazole prophylaxis for 9 months posttransplant. For reci­pients with UTI, cotrimoxazole prophylaxis was changed to prophylaxis with other antibiotics. Prophylaxis was maintained for as long as the VUR persisted. Immunosuppressive treatment doses were decreased during pyelonephritis treatment consi­dering the immunologic risks to patients.

Statistical analyses
Descriptive statistics are presented as frequency, percentage, mean, standard deviation, median, and minimum and maximum values. The Fisher exact test or Pearson chi-square test was used to analyze relationships between categorical variables. In the normality test, Shapiro-Wilks test was used for sample sizes smaller than 50, whereas the Kolmogorov-Smirnov test was used for sample sizes larger than 50. The Mann-Whitney U test was used when normal distribution was predicted, and the t test was used in contrary cases. For nonparametric comparisons of the 3 disease groups, the Kruskal-Wallis test was used, with Mann-Whitney U test used as a post hoc test in significant cases. Bonferroni correction was made for P values. Analysis of variance was used for comparisons of 3 groups when normal distribution was shown, and Tukey test was used for paired comparisons. Statistical analyses were performed with SPSS software (SPSS: An IBM Company, version 21, IBM Corporation, Armonk, NY, USA). P < .05 was accepted as statistically significant.

There was no relationship between duration of dialysis and UTI rate (P = .48). Associations between CIC application and UTI rate could not be evaluated due to the limited number of patients.

There have been a few studies about the effects of LUTD on graft survival. In 21 adult renal transplant patients with spinal cord injury, patients had fewer UTIs compared with that shown pretransplant (85.7% vs 42.9%), although graft loss developed in 2 transplant recipients within the first 18 months.11 However, we could not determine whether these patients had catheterization. In the medical literature, it is known that the most important factor in the development of UTIs is increasing bladder pressure. Nahas and associates4 reported that graft function at year 5 was similar among patients with urologic abnormalities with sufficient bladder capacity, patients with insufficient bladder capacity who have bladder drainage, and recipients with no urologic problems (74%, 84%, and 75%). Although the importance of having detailed urologic evaluations pretransplant is emphasized in this study, regular and permanent catheterization for reducing the intravesical pressure was determined as an important factor for graft outcome.4

Patients who developed UTIs were examined for reflux in their transplanted kidneys, which revealed no significant relationship between reflux and graft function. Similarly, a study from Lee and colleagues demonstrated that reflux in graft kidney was a risk factor for UTIs but it did not affect graft function.17

The relatively faster decreases in doses of immunosuppressive agents due to emerging infec­tions in patients with neurogenic bladder and recurrent UTIs could increase the risk of rejection. Furthermore, it is not known whether residual urine enables the persistence of BK virus infections. Further studies are needed to find conclusive answers. In one among many studies to answer the question of whether LUTD is a factor in determining graft survival, rate of UTIs was increased in 25 of 60 pediatric renal transplant recipients with LUTD; however, primary disease was not found to be a determinant of graft function.19

Limitations of our study include its retrospective design and the small number of patients in the neurogenic bladder group. Therefore, the evaluation of some variables affecting survival rates in the neurogenic bladder group was not possible. The intermittent catheterization compliance in patients with neurogenic bladder was not determined. The incidence of UTIs after the first year posttransplant was not known due to insufficient medical records. Other causes affecting graft function, including cold ischemia time, acute humoral rejection, and BK virus nephropathy, were not considered in our study. 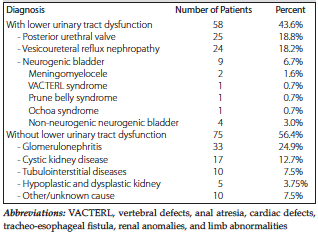 Table 1. Distribution of Transplant Patients According to Their Diagnosis 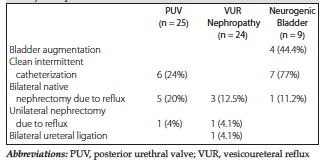 Table 5. Estimated Glomerular Filtration Rates at 6 Months and at 1, 2, and 5 Years Posttransplant