The Declaration of Istanbul on Organ Trafficking and Transplant Tourism

Participants in the International Summit on Transplant Tourism and Organ Trafficking
convened by The Transplantation Society and International Society of Nephrology
in Istanbul, Turkey, April 30–May 2, 2008*

Organ transplantation, one of the medical miracles of the twentieth century, has prolonged and improved the lives of hundreds of thousands of patients worldwide. The many great scientific and clinical advances of dedicated health professionals, as well as countless acts of generosity by organ donors and their families, have made transplantation not only a life-saving therapy but a shining symbol of human solidarity. Yet these accomplishments have been tarnished by numerous reports of trafficking in human beings who are used as sources of organs and of patient-tourists from rich countries who travel abroad to purchase organs from poor people. In 2004, the World Health Organization, called on member states “to take measures to protect the poorest and vulnerable groups from transplant tourism and the sale of tissues and organs, including attention to the wider problem of international trafficking in human tissues and organs” (1).

To address the urgent and growing problems of organ sales, transplant tourism and trafficking in organ donors in the context of the global shortage of organs, a Summit Meeting of more than 150 representatives of scientific and medical bodies from around the world, government officials, social scientists, and ethicists, was held in Istanbul from April 30 to May 2, 2008. Preparatory work for the meeting was undertaken by a Steering Committee convened by The Transplantation Society (TTS) and the International Society of Nephrology (ISN) in Dubai in December 2007. That committee’s draft declaration was widely circulated and then revised in light of the comments received. At the Summit, the revised draft was reviewed by working groups and finalized in plenary deliberations.

This Declaration represents the consensus of the Summit participants. All countries need a legal and professional framework to govern organ donation and transplantation activities, as well as a transparent regulatory oversight system that ensures donor and recipient safety and the enforcement of standards and prohibitions on unethical practices.

Unethical practices are, in part, an undesirable consequence of the global shortage of organs for transplantation. Thus, each country should strive both to ensure that programs to prevent organ failure are implemented and to provide organs to meet the transplant needs of its residents from donors within its own population or through regional cooperation. The therapeutic potential of deceased organ donation should be maximized not only for kidneys but also for other organs, appropriate to the transplantation needs of each country. Efforts to initiate or enhance deceased donor transplantation are essential to minimize the burden on living donors. Educational programs are useful in addressing the barriers, misconceptions, and mistrust that currently impede the development of sufficient deceased donor transplantation; successful transplant programs also depend on the existence of the relevant health system infrastructure.

Access to health care is a human right but often not a reality. The provision of care for living donors before, during, and after surgery—as described in the reports of the international forums organized by TTS in Amsterdam and Vancouver (2-4)—is no less essential than taking care of the transplant recipient. A positive outcome for a recipient can never justify harm to a live donor; on the contrary, for a transplant with a live donor to be regarded as a success means that both the recipient and the donor have done well.

This Declaration builds on the principles of the Universal Declaration of Human Rights (5). The broad representation at the Istanbul Summit reflects the importance of international collaboration and global consensus to improve donation and transplantation practices. The Declaration will be submitted to relevant professional organizations and to the health authorities of all countries for consideration. The legacy of transplantation must not be the impoverished victims of organ trafficking and transplant tourism but rather a celebration of the gift of health by one individual to another.

Definitions
Organ trafficking is the recruitment, transport, transfer, harboring, or receipt of living or deceased persons or their organs by means of the threat or use of force or other forms of coercion, of abduction, of fraud, of deception, of the abuse of power, or of a position of vulnerability, or of the giving to, or the receiving by, a third party of payments or benefits to achieve the transfer of control over the potential donor, for the purpose of exploitation by the removal of organs for transplantation (6).

Transplant commercialism is a policy or practice in which an organ is treated as a commodity, including by being bought or sold or used for material gain.

Consistent with these principles, participants in the Istanbul Summit suggest the following strategies to increase the donor pool and to prevent organ trafficking, transplant commercialism, and transplant tourism, and to encourage legitimate, life-saving transplantation programs:

To respond to the need to increase deceased donation:


To ensure the protection and safety of living donors and appropriate recognition for their heroic act while combating transplant tourism, organ trafficking, and transplant commercialism:


*The Participants in the International Summit on Transplant Tourism and Organ Trafficking and the manner in which they were chosen and the meeting was organized were as follows:
Process and Participant Selection
Steering Committee:
The Steering Committee was selected by an Organizing Committee consisting of Mona Alrukhami, Jeremy Chapman, Francis Delmonico, Mohamed Sayegh, Faissal Shaheen, and Annika Tibell.

The Steering Committee was composed of leadership from The Transplantation Society, including its President-elect and the Chair of its Ethics Committee, and the International Society of Nephrology, including its Vice President and individuals holding Council positions. The Steering Committee had representation from each of the continental regions of the globe with transplantation programs.

Istanbul Participant Selection:
Participants at the Istanbul Summit were selected by the Steering Committee according to the following considerations:

No person or group was polled with respect to their opinion, practice, or philosophy prior to the Steering Committee selection or the Istanbul Summit.

After the proposed group of participants was prepared and reviewed by the Steering Committee, they were sent an letter of invitation to the Istanbul Summit, which included the following components:


Of approximately 170 persons invited, 160 agreed to participate and 152 were able to attend the Summit in Istanbul on April 30-May 2, 2008. Because work on the Declaration at the Summit was to be carried out by dividing the draft document into separate parts, Summit invitees were assigned to a work group topic based on their response concerning the particular topics on which they wished to focus their attention before and during the Summit.

The Summit meeting was formatted so that breakout sessions of the work groups could consider the written responses received from participants prior to the Summit as well as comments from each of the work group participants. The work groups elaborated these ideas as proposed additions to and revisions of the draft. When the Summit reconvened in plenary session, the Chairs of each work group presented the outcome of their breakout session to all Summit participants for discussion. During this process of review, the wording of each section of the Declaration was displayed on a screen before the plenary participants and was modified in light of their comments until consensus was reached on each point.

The content of the Declaration is derived from the consensus that was reached by the participants at the Summit in the plenary sessions which took place on May 1 and 2, 2008. A formatting group was assembled immediately after the Summit to address punctuation, grammatical and related concerns and to record the Declaration in its finished form. 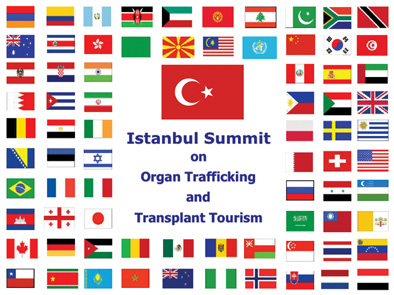 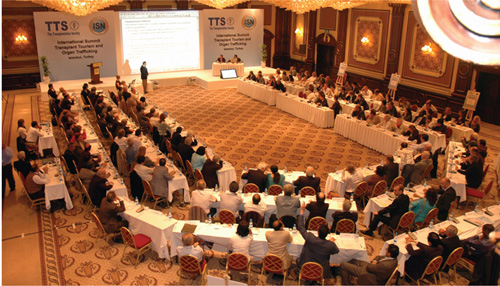 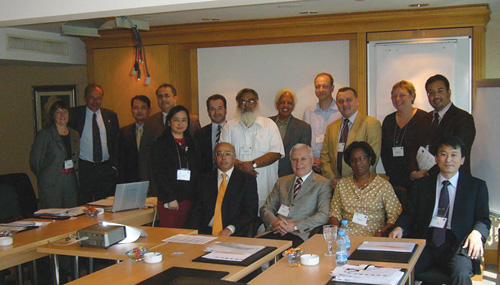