In June 2000, the Organ Transplantation Brain Death Act was approved by the Parliament, followed by the establishment of the Iranian Network for Transplantation Organ Procurement. This act helped to expand heart, lung, and liver transplantation programs. By 2003, Iran had performed 131 liver, 77 heart, 7 lung, 211 bone marrow, 20,581 cornea, and 16,859 liver tranplantations. Sources of these donations were living-unrelated donor, 82%; cadaver, 10%; and living-related donor, 8%. The 3-year renal transplant patient survival rate was 92.9%, and the 40-month graft survival rate was 85.9%.

Another large step in expanding the transplantation program is the construction of the Avi-Cenna (Abou Ali Sina) Transplant Hospital in Shiraz. This hospital hopefully will begin operation in 2 years. It will offer the opportunity for the exchange and sharing of organs and increased cooperation between transplant teams in the Middle East. The hospital offers great promise for transplant medicine in Iran and other Persian Gulf countries.

Iran is a tropical country with a land area of 1,648,000 square kilometers and a population of 68,100,000. Iran has a recorded history that dates back 2553 years. Its earliest medical school was Pasargad, erected during Achaemenidae. Jondi Chapour University was founded 1753 years ago during the Sassanid dynasty as a center of higher education for medicine, philosophy, and pharmacology [1]. Jondi Chapour University was one the biggest centers for the sciences at that time. Transplantation has a long history in Iran. Indeed, the idea of xenotransplantation dates back to the glorious days of Achaemenidae, as evidenced by engravings of many mythologic chimeras still present in Persepolis, manifesting the idea of chimerism with the body of lion and the head of human. Creatures of this kind appear in different parts of Iran like the very impressive chimera in Gheissarieh Bazar of Isfahan. Avicenna (980-1037 AD), the great Iranian physician, performed the first nerve repair [2]. Transplantation progress in Iran follows roughly the same pattern as that of the rest of the world, with some 10-20 years’ delay. The first cornea transplant was followed by first kidney transplantation 37 years ago in Shiraz [3]. The first bone marrow transplant was performed at Dr. Shariaati’s University Hospital in Tehran in 1990 [4]. The first heart transplant was performed 1993 in Tabriz, Iran [2]. The first liver transplant was reported in Shiraz Namazi University Hospital in 1993 by Dr. Malek-Hosseini [5]. The first lung transplant was performed in 2001 followed by a heart and lung transplant in 2002 [2].

The eye bank in Iran is a nonprofit nongovernmental organization established in 1988 that by 2003 had performed more than 20,000 corneal transplants. This organization can provide a cornea for transplantation in 48 hours in emergency cases, the usual waiting time for a corneal or scleral transplant is 2 weeks [6].

In the last 5 years, 3 private hospitals have begun kidney transplant programs on a small scale. Between 1985 and 2003, a total of 16,859 renal transplants had been reported by the management center for transplantation [9]. The sources of donors were LURD, 82%; cadaver, 10%; and LRD, 8%. In one report, it was found that 85% of LURD renal transplant recipients had a potential LRD. The 3-year patient survival rate was reported to be 92.9%, and the 40-month graft survival was 85.9% (Figure 2). Namely that there was no significant difference regarding patient and graft survival between LRD and LURD transplants [10].

During the pretransplantation workup for the LURD, the nephrologist emphasizes the advantages of LRD compared with LURD with respect to kidney transplantation outcomes. These advantages are less early onset of acute rejection, better graft survival rates, and the need for less immunosuppressive medications in cases of negative HLA cross-matching. If recepients have no living related donors, they are referred to the Dialysis and Transplant Patients Association (DATPA) to find a suitable unrelated donor. All the members of DATPA are themselves patients who are maintained on some sort of renal replacement therapy, either maintenance hemodialysis, or continous ambulatory peritoneal dialysis, or they have undergone renal transplantation. After the workup, if the donor is suitable, they will be referred to one of the transplant units. Following transplantation, donors receive a gift from the government as a reward. The majority of the unrelated donors recieve supplemental compensation, equivalent to US $1550 from the recipients.

In June 2000, the Organ Transplantation and Brain Death Act was approved by the Parliament [14]. According to the law, brain death must be diagnosed and certified by 4 physicians, including a neurologist, a neurosurgeon, an internist, and an anesthesiologist, none of whom can be part of a transplantation team. After brain death is confirmed, cadaveric organ tissues are used for transplantation if the deceased had signed a donor card or consent had been given by the next of kin. Passage of this law was followed by establishment of the Iranian Network for Transplantation Organ Procurement (IRANTOP). This network was created to expand heart, lung, and liver transplantations. In 2003, there were 1640 kidney, 49 liver, 20 heart, 2 lung, 211 bone marrow, and 2581 cornea transplantations. Currently, there are 23 kidney, 2 liver, 4 heart, 2 lung, 2 bone marrow, and 68 cornea transplant units in different cities in Iran.

Since 1985, there have been 16,859 renal, 131 liver, 77 heart, 7 lung, and 2 heart and lung transplant operations in Iran. IRANTOP organized 17 centers to find patients with brain death and 7 centers to obtain tissues and organs for transplantation. A summary of the activities of IRANTOP is shown in Figure 4. The activities of IRANTOP resulted in the donation of 47 cadavers, which were used in 23 liver transplants during the first 6 months of 2003. During the first 6 months of 2004, 28 liver transplants were performed from 51 cadavers, while simultaneously, 764 renal transplants were performed, 12.90% from cadavers and 87.10% from living donors [6]. Figure 5 shows the growth of IRANTOP activities since the Brain Death Act was approved in 2000 and its effect on different organ transplantations.

The first liver transplantation in Iran was performed on May 4, 1993, in Shiraz [15]. However, the shortage of available cadaver livers owing to various social and legal issues remains a crippling problem. In an attempt to overcome the problem, living-related liver transplantation was started in Shiraz [16]. Another promising step to expand the transplantation program in Iran is the construction of the Avicena (Abou Ali Sina) Transplant Hospital in Shiraz. This hospital hopefully will begin operation in 2 years. It will provide the opportunity for the exchange and sharing of organs and increased cooperation between transplant teams in the Middle East. The hospital offers great promise for transplant medicine, in Iran and in many other Persian Gulf countries.

Finally, we must recognize that organ transplantation encompasses not only medical, legal, and ethical aspects, but economic issues as well. In one study, 500 LURDs and their recipients were grouped according to socioeconomic status. The results showed that 84.0% of LURDs were poor and 16% were middle class. Of the 500 recipients, 50.4% were poor, 36.2% were middle class, and 13.4% were wealthy [17]. Presently, there is no fee for transplantation incurred by patients; all hospital charges are paid for by the government. The cost of renal transplantion is approximately US $10,000-$15,000, and the cost of liver transplantation is approximately US $22,000. This is much less expensive than that for neighboring countries, so each year, transplantation services are provided to natives of Central Asia and Persian Gulf countries.

Poor, unrelated donors are the most vulnerable group. Measures such as establishing donor registries and insuring donors at no charge are being investigated to provide greater support to this population. Another important goal is multinational cooperation in the region to prevent organ trafficking in Middle Eastern countries and internationally. 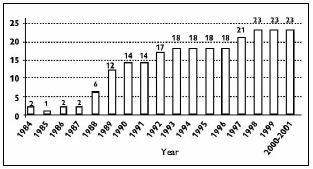 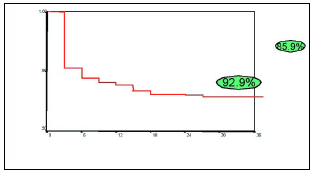 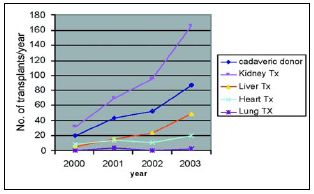 Figure 4. The Activity of the Iranian Network for Transplant Organ Procurement (IRANTOP) 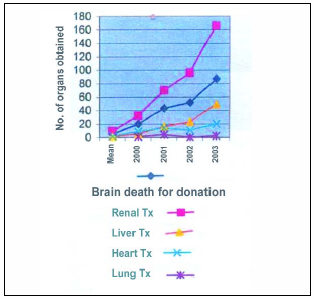 Figure 5. The Growth of IRANTOP (Iranian Network for Transplant Organ Procurement) Activities since the Brain Death Act was Approved in 2000 and its Effect on Different Organ Transplantations.