Objectives: In this study, we analyzed the results of the first 100 kidney transplants from related donors performed at the Republican Research Center of Emergency Medicine in Uzbekistan.
Materials and Methods: This study included 100 patients who underwent kidney transplant from a living donor at the Republican Research Center of Emergency Medicine from March 2018 to January 2021.
Results: Immediate graft function was noted in 84 cases (84%) and delayed graft function in 16 cases (16%). Delayed graft function occurred mainly when multiple vessels were present in a donor kidney (35.5%) compared with the presence of a single renal artery and vein (12.1%). The delayed graft function was influenced by the average duration of warm ischemia (80.26 ± 38.35 min with multiple arteries and 50.44 ± 14.44 min with a single renal artery and vein; P = .001). There were 3 cases (3%) of acute cellular rejection, which was successfully treated with pulse therapy and methylprednisolone; there was also 1 case (1%) of hyperacute rejection, which resulted in graft removal. Complications in the form of ureteral stenosis were noted in 2 cases (2%) and ureteral necrosis with anastomotic insufficiency in 1 case (1%). Two recipients (2%) underwent renal graft nephrectomy. In our short-term study, 1-year survival rate for kidney transplant patients was 93%, with graft survival rate of 91%.
Conclusions: Delayed graft function developed when duration of warm ischemia was increased, which was influenced by the number of vessels in the donor kidney. This is an important prognostic factor for acute rejection development. The risk of vascular complications increases due to postoperative hemodialysis trough, with development of delayed graft function. Recipient deaths during the first year after kidney transplant were mainly from pulmonary embolism, infection, and sepsis as a result of immuno-suppression, hypovolemic shock, and acute ischemic stroke.

Kidney transplantation (KT) was first successfully performed between twin brothers in 1954 by Joseph Murray.1 Alternative methods of replacement therapy for chronic renal failure (CRF), when compared with KT, have lower rates with regard to patient quality of life and duration of life.2 Progress in the field of transplant has allowed this type of renal therapy to become routine and is now defined as the “gold standard” in the treatment of patients with CRF compared with other methods of substitution therapy.3 Presently, graft survival rate is 95% at 5 years. Graft survival rate at year 1 has also greatly increased to 93.4% with deceased donor KT and to 97.2% with living donor KT.4 Improvements in KT are possible due to improvements in immunosuppression protocols.5-7 However, there are other factors to consider, including surgical complications (urological, vascular, bleeding and hematomas, lymphocele), which have frequencies that range from 15% to 17%,8 and nonsurgical complications, such as delayed graft function (DGF).9

In this study, we analyzed the results of the first 100 KTs from related donors performed at the Republican Research Center of Emergency Medicine in Uzbekistan.

All recipients underwent heterotopic KT, with extraperitoneal pararectal donor nephrectomy with a semilunar incision10 on the right in 26 KTs (26%) and on the left in 74 KTs (74%).

The choice of the nephrectomy side was based on the angio-architecture of the donor kidney: a single artery was present in 77 cases (77%), 2 arteries were present in 19 cases (19%), and 3 and 4 arteries were present in 2 cases (2%) each. For donor kidneys with a single artery, arterial anastomosis was mainly applied to the recipient’s internal iliac artery end-to-end in 34 recipients (34%) and to the external iliac artery end-to-side in 43 recipients (43%); in other cases, the above anastomoses were combined. A single vein of the donor kidney was present in 87 cases (87%), with 2 veins in 12 cases (12%) and 3 veins in 1 case (1%). All veins were anastomosed to the recipient’s external iliac vein in an end-to-side manner. Warm ischemia time depended on the number of anastomoses imposed and ranged from 28 to 184 minutes, with average of 59.99 ± 28.55 minutes (95% CI, 54.14-65.84). Cold ischemia duration ranged from 15 to 90 minutes, with average of 32.99 ± 14.94 minutes (95% CI, 29.92-36.04). Ureterovesical anastomosis with stenting was performed in 92 cases (92%) and without stenting in 8 cases (8%). All patients received a standard triple immunosuppressive therapy protocol consisting of calcineurin inhibitors, mycophenolate mofetil, and prednisolone.

For statistical analyses of results, we used the SPSS program (version 23) for the Windows XP operating system. Parametric and nonparametric statistical methods were used. Arithmetic mean, standard error, and 95% confidence interval were calculated, as well as the relative risk (RR). The significance of differences between the indicators was calculated using the Mann-Whitney U test, the Kruskal-Wallis test, and the Kolmogorov-Smirnov test. Results with P < .05 were considered significant.

Urological complications in the form of ureteral stenosis were observed in 2 patients (2%), and ureteral necrosis with anastomotic insufficiency was observed in 1 patient (1%). Both patients with ureteral stenosis (Figure 1) underwent reimplantation of the ureter into the bladder; for the patient with ureteral necrosis, because reimplantation was not possible due to a short ureter and the development of infectious complications after urinary leakage, an antegrade nephrostomy was installed. Three patients (3%) presented with a diabetic bladder, epididymitis, and ureterohydronephrosis without ureteral stenosis. Urological complications were mainly observed with ureteral-vesical anastomosis without stenting (50%) versus with stenting (4.5%) (RR = 21.5; 95% CI, 3.84-117.57; P < .001).

In 13 recipients (13%), purulent-infectious processes were observed, with 9 patients (9.3%) developing wound infections (Figure 3). Among the remaining recipients, 4 (4%) had pneumonia, 1 (1%) had bacterial endocarditis, and 2 (2%) developed sepsis.

Lymphorrhea and lymphocele were noted in 8 patients (8%) (Figure 4); the 2 cases with lymphocele underwent puncture with drainage.

Six patients (6%) had the phenomenon of drug dyspepsia, with exacerbation of chronic hepatitis and nephrotoxicity associated with tacrolimus administration. There was a persistent increase in glucose levels while taking the standard immunosuppression regimen in 12 patients (12%).

According to the Global Observatory on Donation and Transplantation, 95 479 KTs were performed worldwide in 2018, which is 6% more than in 2017; 36% of KT procedures were from living donors.11 The greatest activity among regions is in the United States, where 22 393 KTs were performed in 2018, with an increase of 6.5% compared with 2017; of these, 29.2% were from living donors with an upward trend compared with the previous year.12 According to the register of the Russian Transplant Society, the KT rate in 2019 was 10.0 per 1 million population, which is more than in previous years, reaching a level of 1473 transplants per year. The average frequency of using living kidney donations was 12.4% of total KTs (versus 14.7% in 2018).13

In Uzbekistan, transplant procedures developed in 4 stages.14 Stage I (1972-1991, USSR period) followed the law on organ and tissue transplantation from 1970. The first KT (from a living donor) in Uzbekistan was conducted in September 1972 by Academician Uktam Aripov. In stage II (1991-1998), there was a break in the field of transplantation due to legal limitations. Stage III (1998-2017) followed an order from the Ministry of Health of the Republic of Uzbekistan on the provision of transplant assistance (with 48 KTs performed from living related donors). During stage IV (2017 to present), a Resolution of the Cabinet of Ministers of the Republic of Uzbekistan No. 859 in October 2017 allowed the “temporary regulation on the procedure for closely related kidney and (or) liver lobe transplantation.”

During this short period from November 2017 to January 2020, 398 KTs from related living donors were performed in Uzbekistan. As of October 2020, with an estimated 3467 patients in the Republic of Uzbekistan on programmed hemodialysis, there are 1148 patients in need of KT. The number of KTs per year remains low at 11.6%.

Our results of the first 100 KTs performed in the Republican Research Center of Emergency Medicine are comparable with the literature. For example, DGF has been shown to occur in 5% to 50% of recipients.15 Another source showed the rate of DGF after living donor KT to range from 4% to 10%, with occurrence after deceased donor KT of 20% to 50%.16 We found that the risk of DGF with multiple vessels was significantly (P = .007) increased by 3.99 times than with a donor having a single artery and vein. This is due to longer warm ischemia time, with average duration of warm ischemia with multiple arteries of 80.26 minutes versus 50.44 minutes with a single renal artery and vein (P = .001). Patient stay on hemodialysis also significantly (P = .036) affected development of DGF. Our results suggested the possibility of predicting DGF based on the presence of multiple vessels of the donor kidney, longer warm ischemia time, and prolonged stay of recipient on hemodialysis.

In the early 2000s. the incidence of acute rejection reached about 50%, whereas now it ranges from 12% to 17%.17 The rate of acute rejection during the first year post-KT is about 7.9% and is lower with living donor KT than with deceased donor KT procedures. This may be because of better selection of a donor kidney and shorter ischemia time.18 In addition to the duration of ischemia, we found that DGF had a significant effect (P = .038) on development of acute rejection in the early post-KT period (RR = 9.06), which is an important prognostic sign.

Wound infections after KT can occur in 2% to 25% of recipients21 and more often develop within the first 3 weeks posttransplant; these are associated with technical complications or with recipient factors such as obesity and diabetes mellitus.22 In our study, wound infections occurred in 9.3% of recipients.

The use of calcineurin inhibitors leads to impaired glucose tolerance and may occur in 30% of patients in the absence of a diagnosis of pre- or posttransplant diabetes (a lower frequency is observed in patients taking cyclosporine compared with tacrolimus). In the absence of diabetes before transplant, about 20% of patients have impaired glucose tolerance after DGF and 5% to 10% require hypoglycemic agents or insulin.23-25 In our study, 12 patients (12%) had persistently increased glucose levels while taking the standard immunosuppression regimen.

Our observations of the first 100 KTs in the Republican Research Center of Emergency Medicine showed that the cause of nephrectomy in the early postoperative period was hyperacute graft rejection (1%) and bleeding from the graft artery (1%) due to purulent infection of the postoperative wound with spread to the graft. Causes of recipient death included pulmonary embolism (2%), infection and sepsis as a result of immunosuppression (2%), hypovolemic shock (2%), and acute ischemic stroke (1%).

We found that the risk of DGF with multiple vessels was significantly higher by 3.99 times (P = .007) than with a single artery and vein of the donor kidney, which was associated with increased warm ischemia duration of the graft. Duration of a stay on hemodialysis in recipients also affected development of DGF (P = .036). The presence of multiple vessels of the donor kidney, prolonged warm ischemia duration, and prolonged stay on hemodialysis could be used to predict DGF. Delayed graft function was also a reliable (P = .038) prognostic factor for acute rejection in the early postoperative period (RR = 9.06). We also found that ureteral-vesical anastomosis without stenting increased the risk of urological complications by 21.5 times (P < .001). Vascular complications developed 4.04 times (P = .018) more often in the presence of DGF and 14.82 times (P < .001) more often during postoperative hemodialysis. Causes of nephrectomy in the early postoperative period may be hyperacute graft rejection (1%) and bleeding from the graft artery (1%) due to purulent infection. Finally, we observed that causes of recipient death in our cohort in the first year after KT were mainly pulmonary embolism, infection and sepsis as a result of immunosuppression, hypovolemic shock, and acute ischemic stroke.

From the Republican Research Center of Emergency Medicine, Tashkent, Uzbekistan
Acknowledgements: The authors thank Professor Mehmet Haberal and his team from Başkent University, who provided insight and practical contributions of the first 9 successful transplant surgeries in the Republican Research Centre of Emergency Medicine (RRCEM) in Uzbekistan. The authors also thank the journal editors for making final additions to our manuscript. The authors express their sincere gratitude to all personnel of the RRCEM, men and women (surgeons, anesthetists, intensivists, laboratory and radiology staff, all nursing personnel), for their daily efforts and intentions. This work would not be possible without you. The authors have not received any funding or grants in support of the presented research or for the preparation of this work and have no declarations of potential conflicts of interest.
Corresponding author: Pulat Sultanov, 3-39, M. Ismoiliy Street, Mirzo Ulugbek District, Tashkent, Uzbekistan 100035
Phone: +998 93 3885575
E-mail: sultanovp@bk.ru 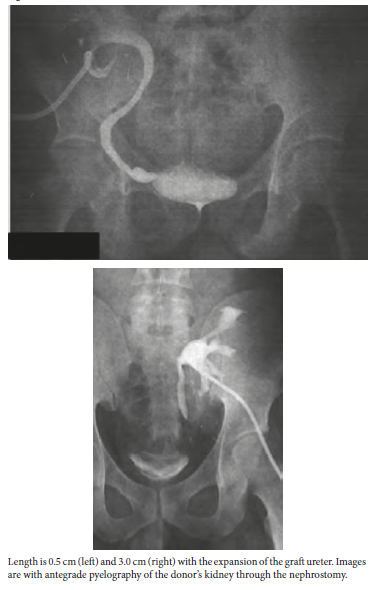 Figure 1. Stenosis of the Ureteral-Vesical Anastomosis 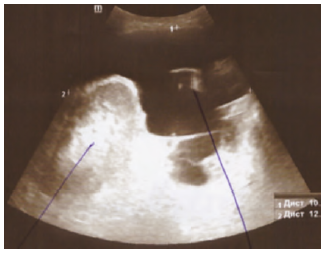 Figure 4. Lymphocele Around the Transplanted Kidney