Human mastadenoviruses (HAdV) cause a variety of clinical manifestations ranging from mild to severe, even in immunocompetent individuals.1 After primary infection, HAdV can persist in latent form in various tissues, most commonly affecting young children. The risks of reactivation and mortality of HAdV infections have been reported to be high
in the presence of immunosuppression.1,2 We report complex clinical presentations with HAdV reacti-vation after allogeneic hematopoietic stem cell transplant (HSCT) in a severely immunocom-promised patient in long-term follow-up with metagenomic analysis.

The collection and use of data were approved by the institutional review board of Hacettepe University (GO 18/592-34).

A 9-year-old boy with Fanconi anemia underwent HSCT from his brother, who was a match for human leukocyte antigen. Transplant characteristics and course are summarized in Table 1 and Figure 1. The patient had a complicated posttransplant course. In the early period, he developed grade 4 mucositis, fever, hypoxemia, pulmonary hypertension, pericardial effusion, and diarrhea attributed to engraftment syndrome and responded well to methylprednisolone, enalapril, and supportive measures. Following engraftment, the patient developed grade 2 acutegraft-versus-host disease (GVHD). Cyclosporin A was continued with appropriate blood levels, and complete response was achieved with methylprednisolone at 2 mg/kg and mycophenolate mofetil. The patient was discharged on day +34 in good clinical condition with full donor chimerism. On posttransplant day +41 the patient presented with generalized convulsion, and diagnosis of posterior reversible encephalopathy (PRES) was made with cranial magnetic resonance imaging. The resolution of the findings of PRES was observed with anticonvulsive and antihypertensive treatment. We had previously collected fresh fecal samples from this patient on day 0, day +15, day +30, and day +82 for metagenomic analysis as part of our ongoing microbiota study.3 After DNA extraction, shotgun metagenomic analysis was performed for in-depth analysis. Our study showed that HAdV-A accounted for 84% to 90% of the patient’s gut virome analysis on day +15 day +30, and 42% on day +82 (Figure 1). At 36 months after HSCT, the patient remained in good clinical condition with full donor chimerism.

Positive test results for HAdV were reported in 15% to 42% of pediatric HSCT cases.4,5 It was reported that the average day of HAdV positivity was on day 37 after transplant, with 70% of the positive samples detected before day +50.6 Fecal virome samples showed abundance of HAdV in our patients 15 to 30 days after HSCT. In addition to reactivation of a previously known infection or an unknown quiescent infection, the virus could have been brought into the hospital by visitors, hospital staff, or other patients.7 Some clinics prefer routine HAdV reporting, and new positive test results were detected in 18% of patients admitted to the high-risk HSCT unit during a 4-year follow-up period.7 As a result, routine HAdV monitoring before HSCT could decrease morbidity and mortality rates.

Previous research showed that the appearance and proliferation of HAdV in the gastrointestinal tract almost always precede the onset of invasive infection in children undergoing allogeneic HSCT. Rapidly rising HAdV copy numbers, more than 106 virus copies/g as a threshold, in serial stool specimens were found to be associated with invasive infection.8 In the present case, HAdV was abundant in fecal samples obtained during GVHD with gastrointestinal involvement. Fecal shedding of HAdV persisted in our patient; at 3 months after HSCT, HAdV-A was 40% of the patient’s gut virome. At Cincinnati Children’s Hospital Medical Center, 180 stool samples were obtained from 56 patients who underwent HSCT and sequenced with metagenomic shotgun paired reads, and positive results for HAdV species were found in 5 patients.9 Detection of HAdV in stool samples before or shortly after HSCT indicated that the virus was reactivated in the clinical setting.8

In another study of 148 transplant patients, HAdV positivity was detected in 14% of serial stool specimens both before and after HSCT.8 In addition, virus shedding was detected in 43% of stool specimens taken after the posttransplant period.8 Interestingly, frequencies of invasive infections within 100 days of HSCT were shown to be associated with the presence of HAdV shedding, with 7% in cases with absence of shedding, 19% in cases with positivity only after HSCT, and 33% in cases with continued HAdV shedding.8 Similarly, adenovirus was found in our patient (approximately 1.1%) prior to HSCT, and this previous infection was the likely cause of the subsequent HAdV dissemination after HSCT.

The gastrointestinal tract was found to be a major site of HAdV proliferation, and detection of fecal HAdV shedding before allogeneic HSCT appears to indicate a significant increased likelihood to develop an invasive viral infection. Severe immunosup-pression may facilitate the widespread infection of intestinal epithelial cells, which could result in the creation of an environment that is ideal for the replication of viruses.8 Serial fecal samples from our patient revealed a predominance of HAdV-A, and our patient had a complicated course with development of engraftment syndrome, PRES, transplant-associated thrombotic disease, and GVHD. In a previous study conducted on HSCT patients in Brazil between 2012 and 2014, 57% of the patients had at least 1 positive sample (serum or feces) for HAdV.6 The most common clinical symptom reported by infected patients was diarrhea (75%), followed by vomiting, abdominal pain, and constipation. In addition, acute GVHD was a common complication, occurring in 6 of 11 HAdV-infected patients. A strong link was shown between GVHD and HAdV infection, as well as between GVHD and diarrhea.6 In our study, we found that HAdV-A was predominant (>80%) in fecal samples during gastrointestinal symptoms and GVHD. Previous research has demonstrated that fecal positivity can be used to predict viremia and determine the optimal time to begin treatment. Because fecal sample collection is noninvasive, it also has the potential to be used as an alternative sample for HAdV monitoring.6

Studies have shown that, prior to HSCT, evidence of virus shedding in the stool is strongly linked to the development of viremia after transplant. In our report, we demonstrated that microbiota analysis, including viruses, could detect the presence of HAdV prior to allogeneic HSCT, as well as potential proliferation/abundance during posttransplant complications such as GVHD. Postponement of transplant in patients with intestinal adenovirus shedding may be a clinically feasible strategy, depending on the individual risk situation.8 Parallel with new technological developments, including shotgun metagenomic analysis or whole genome sequencing, the clinical feasibility has been realized for some important pathogens.7 Because polymerase chain reaction alone fails to identify HAdV coinfec-tion and transmission events, some centers have incorporated new technologies into routine diagnos-tics. Newer techniques, such as microbiota analysis (which includes bacteria, viruses, and fungi), have provided valuable insights for high-risk patients.

From the 1Department of Social Pediatrics and the 2Department of Pediatric Hematology, Hacettepe University Faculty of Medicine, Ankara, Turkey; the 3Area of Genomics and Health, Foundation for the Promotion of Sanitary and Biomedical Research of Valencia Region, Valencia, Spain; the 4Center for Biomedical Research in Epidemiology and Public Health Network, Madrid, Spain; the 5Institute for Integrative Systems Biology, University of Valencia and Spanish National Research Council, Valencia, Spain; and the 6Department of Pediatrics, Eskisehir Osmangazi University Faculty of Medicine, Eskisehir, Turkey
Acknowledgements: This study was financially supported by the Biocodex Microbiota Foundation 2018 grant award, Turkey. Other than described, the authors have not received any funding or grants in support of the presented research or for the preparation of this work and have no declarations of potential conflicts of interest.
Corresponding author: S. Songul Yalcin, Department of Pediatrics, Faculty of Medicine, Hacettepe University, Ankara, Turkey
E-mail: siyalcin@hacettepe.edu.tr 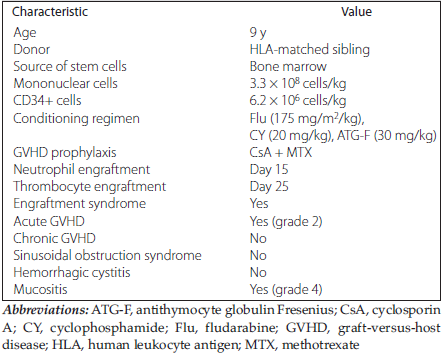 Table 1. Characteristics and Results of the Hematopoietic Stem Cell Transplant 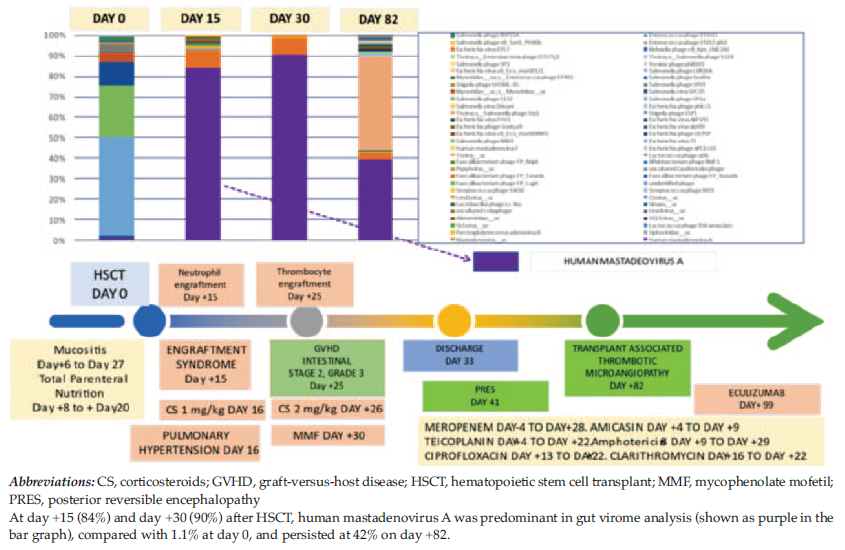 Figure 1. Chronologic Evaluation of the Patient, Including Clinical, Laboratory, and Gut Virome Analysis