Indications for liver transplant (LT) have expanded and include some rare disorders.1 Common variable immunodeficiency (CVID) is characterized by low levels of serum immunoglobulins and poor functional antibody responses.2 Therefore, infections remain the most common complications in these patients and contribute significantly to their long-term survival. Patients present with a variety of different symptoms, reflecting the fact that CVID is caused by different mutations in important immune regulatory genes. Nodular regenerative hyperplasia (NRH) represents the main liver disease.3 The transformation of the liver may cause severe portal hypertension. Standard treatment for patients with CVID includes prophylactic antibiotics and intravenous immunoglobulin (IVIG) replacement therapy.4

If progressive pulmonary failure develops, lung transplant may be an option5; other organs have also been successfully transplanted in CVID patients for various indications.6,7 End-stage liver disease due to hepatitis B or C virus infection, acquired from contaminated immunoglobulin preparations, were once the most common indication for LT in CVID patients.8-10 Azzu and colleagues recently published their center experience with LT in 4 CVID patients and performed a review of the literature of the adult population.11 They concluded that the overall outcome in these patients was poor, but this was mainly due to infectious complications and not because of allograft failure, although recurrent liver disease was common.11 Their findings were confirmed by Ramlaul and colleagues.12 However, good outcomes in CVID LT recipients have also been reported.10,13,14 In children with CVID and hepatic failure, LT may be successful, and combined LT with stem cell transplant has been reported with mixed results.15 It is unclear whether CVID has an impact on post-LT rejection. Optimal anti-infective prop-hylaxis and immunosuppressive strategies have yet to be defined, as these seem to be factors that can limit survival.

A 51-year-old male patient who had been diagnosed with CVID 15 years earlier developed severe portal hypertension (Figure 1) associated with NRH, which had been diagnosed on liver biopsy 3 years earlier. Genetic testing for the exact gene mutation causing his CVID was not available. CD4/CD8 ratio was normal at 2.64; he tested negative for anti-hepatitis C virus antibodies and hepatitis B virus antigen but positive for anti-hepatitis B virus surface and core antibodies. Synthetic liver function was poor, and he had episodes of severe encephalopathy. Unadjusted Model for End-Stage Liver Disease score was 11 but was 26 when his hyponatremia was considered.

Immunosuppression included tacrolimus and a steroid taper. Dapsone (50 mg daily) was given for Pneumocystis jiroveci prophylaxis as he was allergic to sulfonamides. Valganciclovir was held due to neutropenia. Early elevated tacrolimus trough levels (up to 26.6 ng/mL) required dose reduction. Four weeks after LT, he developed low-grade fever and was empirically treated for pneumonia; his IgG levels were 480 mg/dL, and granulocyte colony-stimulating factor (GCSF) was started due to ongoing neutropenia.

Three weeks later, the patient presented with fever, right leg skin nodules, and hemoptysis. Tacrolimus levels were 8.5 ng/mL, and prednisone dose was 10 mg daily. He had CMV viremia (34 000 copies/mL), and imaging revealed pleural and pericardial effusions, multiple cavitary lesions in the brain and lungs, and multiple small lesions in his liver, kidneys, and adrenal glands (Figure 2). Sputum and tissue cultures from leg nodules grew Nocardia nova. Sputum cultures also grew Pseudomonas aeruginosa, and stool sample tested positive for Clostridioides difficile toxin. He was started on metronidazole, cefepime, ganciclovir (subsequently switched to oral valganciclovir), and intravenous trimethoprim-sulfamethoxazole (TMPS) at a dose of 320 mg given 3 times per day (after tolerating a dose-escalating TMPS course). Treatment with IVIG was increased to every 2 weeks. Tacrolimus trough levels were decreased to <5 ng/mL, and prednisone was tapered to 5 mg every other day. The patient was given GCSF (10 μg/kg) for neutropenia. Symptoms and findings shown on computed tomography markedly improved within 4 weeks. The TMPS regimen was switched to oral (1 double-strength tablet given 3 times per day; ie, 7.5 mg/kg/day). After 3 months, he was tapered to indefinite prophylaxis (800/160 mg at 3 times per week).

Six months later, the patient presented with recurrent fever with mediastinal and intraabdominal adenopathy and splenomegaly. His CD4/CD8 ratio was within normal range (1.39) at this time. Tacrolimus was decreased to trough levels of <3 ng/mL. Graft function remained stable, and there was no evidence of portal hypertension or rejection. However, alkaline phosphatase levels continued to be elevated at 350 IU/dL, and the patient remained neutropenic and febrile. The patient was restarted on GCSF with a good response, and IVIG was continued with IgG levels of 875 mg/dL. Liver biopsy (18 months post-LT) showed granulomas and features suggestive of recurrent NRH and very similar to the liver explant (Figure 3). A prednisolone taper was started (15 mg/day for 4 weeks and 2.5 mg reduction every 4 weeks to achieve a maintenance dose of 10 mg/day). Tacrolimus trough levels were aimed at <3 ng/mL. He clinically improved, had no more fever, white blood cell and platelet counts increased, and alkaline phosphatase normalized. Further reduction of prednisolone was not tolerated due to development of recurrent fever.

Immunosuppression was kept low, and IVIG infusions were continued. After 5 years, tacrolimus was switched to sirolimus (1.5 mg daily). At 10 years after LT, the patient is doing well with normalized liver function tests and alkaline phosphatase levels and good quality of life except for a chronic intestinal norovirus infection. Repeat liver biopsy confirmed recurrent NRH.

We present a patient with CVID with long-term survival following LT for NRH-associated portal hypertension. He developed multiple infections, which were successfully managed. He did not receive ganciclovir prophylaxis, and dapsone was used for Pneumocystis jirovecii pneumonia prophylaxis; only 1 additional dose of IVIG was given, and he had elevated tacrolimus trough levels.

Despite development of recurrent NRH within the allograft, the patient had long-term survival with good graft function and good quality of life. This is in contrast to the findings recently reported by Azzu and colleagues and confirmed by another center.11,12 Azzu and colleagues summarized the world literature, and overall survival after LT in CVID patients was just above 50% at 3 years compared with the expected 80% for multiple other LT indications.11 Of note, the main reason for the poor outcome was death due to infectious complications and not graft failure, although recurrent NRH seems to be the natural course in these patients. We found several additional published cases that are not included in the analysis by Azzu and colleagues, and most had good long-term outcome.8,10,13 Pavic and colleagues reported a long-term LT survivor with primary biliary cirrhosis within a series of CVID patients, and Foruny and colleagues reported in 2006 on successful treatment of recurrence of hepatitis C virus using pegylated-interferon and ribavirin in a LT recipient with CVID. Most recently, Apostolov and colleagues demonstrated reversal of hepato-pulmonary syndrome after LT in a CVID patient.

Therefore, we suggest that LT is a good option in patients with CVID, but the focus needs to be on optimized infectious prophylaxis. Valganciclovir prophylaxis may have been helpful in our patient. At the time of his LT, we only gave antiviral prophylaxis to CMV-negative recipients if they received a CMV-positive graft. In patients with CVID, every effort should be made to explore sulfonamide allergies before transplant due to the high risk of opportunistic infections such as nocardiosis. Overim-munosuppression should be avoided. Recurrence of NRH within the graft seems not to be a limiting survival factor.

From the 1Department of Surgery, the 2Department of Internal Medicine, Division of Infectious Diseases, the 3Department of Pathology, and the 4Department of Radiology and Medical Imaging, University of Virginia Health Services, Charlottesville, Virginia; the 5Meritus Surgical Specialists, Hagerstown, Maryland; the 6Department of Surgery, Western Michigan University, School of Medicine, Kalamazoo, Michigan; and the 7Division of Transplantation, University of Minnesota, Minneapolis, Minnesota, USA
Acknowledgements: We thank Julia C. Iezzoni for valuable input. The authors have not received any funding or grants in support of the presented research or for the preparation of this work and have no declarations of potential conflicts of interest.
Corresponding author: Hugo Bonatti, Meritus Surgical Specialists, 11110 Medical Campus Road, Suite 147, Hagerstown, MD 21742, USA
Phone: +1 3017144350
E-mail: hugo.bonatti@dr.com 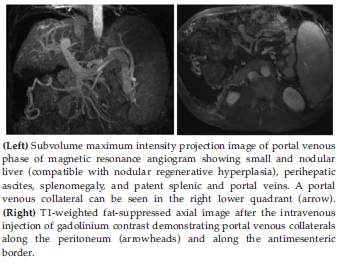 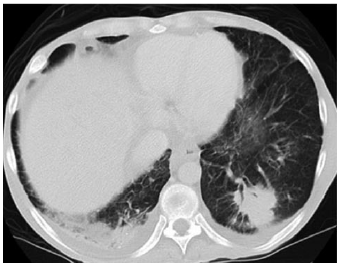