Thiamine is the cofactor of many enzymes involved in energy metabolism. Patients under total parenteral nutrition are at risk for thiamine deficiency if there is renal thiamine loss or increased thiamine requirements to mitigate systemic diseases. Thiamine deficiency symptoms include seizures, neuropathy, ataxia, peripheral vasodilation, myocardial insufficiency, sudden collapse, and death. In this report, we present an infant liver transplant recipient with progressive lactic acidosis that responded well to thiamine replacement to mitigate a lack of thiamine in total parenteral nutrition.

Thiamine is the first member of the water-soluble vitamin family and is an essential coenzyme in the hexose monophosphate pathway and the tricarboxylic acid cycle. Thiamine deficiency has been known in Chinese medicine from 4000 years ago, and historically the condition has been known as beriberi.1 Thiamine is a critically important vitamin for energy metabolism and is supplied from diet and microbiota, with a half-life of 10 to 20 days.2 For patients with thiamine deficiency, serious problems may occur, including neurological and cardiovascular problems. Here, we report the case of an infant liver transplant recipient with a thiamine deficiency after progressive lactic acidosis.

Written informed consent was obtained from the parents of the patient.

An 18-mo-old infant, 7.5 kg, with persistent jaundice, vomiting, and diarrhea from the neonatal period to present was diagnosed with progressive familial intrahepatic cholestasis type 2 with the ABCB11 gene. The patient began follow-up in our clinic after a 194-g liver transplant from her mother in our hospital to treat liver failure. In the pediatric intensive care unit, treatments were arranged day-by-day according to our hospital’s liver transplant protocol. The patient was extubated on day 2 of intensive care unit follow-up and transferred to the pediatric surgery department on day 6 of admission. On day 8 of the uneventful service follow-up, cardiac arrest developed due to possible aspiration of oral liquid infant formula diet. After 8 minutes of cardiopulmonary resuscitation, there was a return of spontaneous circulation. No problem was found in the echocardiography performed after the resuscitation. The patient’s neurological examination showed no abnormal results, and the Glasgow coma score was 12 after return of spontaneous circulation. The patient, who had an ischemic attack due to arrest and had intestinal necrosis, underwent repeated intra-abdominal surgery to treat severe bleeding. The patient received total parenteral nutrition for 2 weeks, received multiple antibiotic therapies to treat sepsis, underwent repeated abdominal surgery, and was treated with loop diuretics for diuresis.

The patient failed repeated extubation trials, and subsequently the lactate level increased to 12 mmol/L when the glucose infusion rate of total parenteral nutrition was increased from 3 to 7 mg/kg/min in week 3 after resuscitation. The etiology showed that the lactic acidosis was unresponsive to increased fluid volume. We surmised that the patient’s condition might be related to thiamine deficiency. After 2.5 mg of daily enteral thiamine, we observed the lactate level of the patient decreased to 1 mmol/L within 24 hours. The lactate trend after initiation of thiamine replacement is shown in Figure 1. Magnetic resonance imaging of brain did not indicate thiamine deficiency, but changes associated with ischemia were observed. The patient was followed up for 23 days as intubated. Later, he was followed up with continuous positive airway pressure for 20 days and transferred to the pediatric surgery department. He was transferred to the pediatric surgery department 43 days after pediatric intensive care unit admission and discharged home at 86 days after liver transplant.

Thiamine is the cofactor of many enzymes involved in energy metabolism. Thiamine is the necessary coenzyme in the hexose monophosphate pathway and the tricarboxylic acid cycle.1 Common foods that contain thiamine include cauliflower, liver, oranges, potatoes, eggs, asparagus, and kale. Thiamine is mainly absorbed from the duodenum and ileum. Patients who receive total parenteral nutrition are at risk for thiamine deficiency if there is renal thiamine loss or increased thiamine requirements due to systemic diseases. Other causes of thiamine deficiency include solid-organ transplant, gastrointestinal surgery, malignancy, and acquired immunodeficiency syndrome. Glucose administration increases encep­halopathy and the severity of heart failure in patients with severe thiamine deficiency. Thiamine deficiency symptoms include seizures, neuropathy, ataxia, peripheral vasodilation, myocardial insuf­ficiency, sudden collapse, and death. Sepsis and long-term use of furosemide may also result in thiamine deficiency. Similar to the literature, at our institute we have observed that respiratory failure symptoms begin to regress after thiamine replacement.3

In sepsis, the decrease in levels of the THTR1 and THTR2 thiamine transporters reduces thiamine absorption.1 For patients at risk for thiamine deficiency who cannot be fed orally, thiamine should be added to total parenteral nutrition. For patients who are able to receive enteral nutrition, appropriate thiamine support should be given during critical illness per age group. The minimum daily requirement for thiamine in children is 0.5 mg/day from 1 to 3 years old, 0.6 mg/day from 4 to 8 years old, and 0.9 mg/day from 9 to 13 years old.2 Reports from the literature have shown that thiamine contributes to mortality in patients with poor general conditions, shock, and lactic acidosis.2,4 Characteristics of cases with thiamine deficiency with lactic acidosis are given in Table 1.5-7

According to the literature, oral and intravenous thiamine therapies have similar effects on lactic acidosis caused by thiamine deficiency. However, we propose that the parenteral thiamine route is more effective than the oral route. Although thiamine levels can be monitored in plasma, serum, and whole blood, these measurements represent only a small part of the total thiamine in the entire body. Erythrocyte transketolase activity is the most accurate test to measure the functional state of thiamine in in the body. Thiamine is excreted in the urine mainly as free thiamine and thiamine monophosphate, and urine levels less than 40 ?g/day suggest thiamine deficiency. Irreversible neurological damage can occur in untreated cases of thiamine deficiency.8 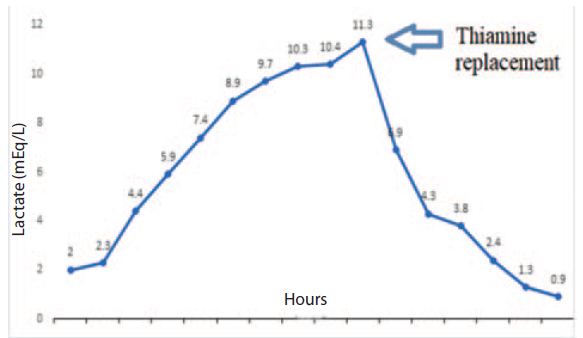 Table 1. Characteristics of Patients With Thiamine Deficiency With Lactic Acidosis