Living donor liver transplant (LDLT) is increasingly performed in pediatric patients and in Asian countries where the number of organs from deceased donors remains small.1,2 Nonalcoholic fatty liver disease is an increasingly diagnosed medical problem in different populations and is the most common cause of liver cirrhosis and reason for liver transplant.3-5 Therefore, an increased prevalence of hepatic steatosis among candidates of living related liver donation is anticipated and has been already reported.6

Complete clinical and laboratory evaluations of potential donor candidates are mandatory before LDLT for selection of a medically suitable donor. Estimation of liver fat among living liver donors is one of the main work-ups in the period before LDLT.7 Although minimal hepatic steatosis is considered to be safe and is frequently present in living liver donors, higher degrees of steatosis might have negative effects on graft survival and have been shown to be associated with primary graft dysfunction and other posttransplant complications.8,9

To date, there is no optimal method for estimation of hepatic steatosis before LDLT, but liver biopsy has been traditionally used for this purpose. It should be noted that liver biopsy is rather an invasive method and might be accompanied with devastating complications such as bleeding, perforation of hollow viscous, biliary damage, and pneumothorax.10 Controlled attenuation parameter (CAP) during transient elastography (TE) is a new technique for noninvasive estimation of hepatic fat.11 Controlled attenuation parameter is inexpensive and can be easily and rapidly performed. This study aimed to investigate the usefulness of CAP compared with liver biopsy for pretransplant estimation of hepatic steatosis in living liver donors.

The Shiraz Liver Transplant Registry is an ongoing registration of adult and pediatric liver transplant recipients that started in April 1993 at the Namazi Hospital and the Abu-Ali Sina Hospital affiliated with Shiraz University of Medical Sciences, Shiraz, Iran. In this retrospective study of data collected between May 2015 and May 2017, we included all individuals who underwent CAP with TE and ultrasonography-guided liver bioysy as a part of donor evaluations before LDLT from first or second degree relatives (father, mother, brother, sister, uncle, or aunt). Liver biopsy specimens were reviewed for steatosis, steatohepatitis, fibrosis, and other pathologies by an expert pathologist. Clinical and laboratory data of living liver candidates were reviewed and collected.

Measurement of controlled attenuation parameter
Hepatic steatosis was noninvasively estimated by CAP using M probe during TE. These measurements were done by 1 expert within 7 days before liver biopsy, with measurement considered to be reliable if 10 valid successful acquisitions were recorded. Results of CAP measurements are expressed in decibel per meter (dB/m).

Ethics
Patients provided consent for use of their anonymized data before registration in the transplant database. This study was approved by our Institutional Review Board and conducted in accordance with the Helsinki Declaration as revised in Seoul 2008.

Receiver operating characteristic curves based on different thresholds of CAP for diagnosis of steatosis and steatohepatitis in liver biopsies of donor candidates are outlined in Figure 2. The area under the curve and optimal cutoff values, positive and negative predictive values, and sensitivity and specificity levels of CAP compared with liver biopsy as standard diagnostic method of diagnosis of hepatic steatosis are outlined in Table 3.

Results of this study showed that CAP was comparable to liver biopsy for evaluation of hepatic steatosis in donor candidates before LDLT. The CAP measurements were especially useful for exclusion of presence of hepatic steatosis in living liver donor candidates. We found that CAP could identify moderate steatosis with good sensitivity and specificity and that CAP was associated with lipid profile and independently correlated with BMI.

Controlled attenuation parameter is a newly developed technology for quantitative estimation of hepatic fat and is based on the degree of ultrasonography attenuation by liver fat during TE.20 It has been reported that CAP has high diagnostic utility for both detection and grading of hepatic steatosis and can accurately estimate even low grades of steatosis.21-23 In patients with chronic liver diseases of various etiologies, CAP values were reported to be a strong predictor of hepatic steatosis compared with the gold standard of liver biopsy.24-26 Although this method is being increasingly adopted and applied in different areas of hepatology, there is still no consensus on the role of CAP in liver transplant. Few studies have investigated the role of CAP for estimation hepatic steatosis in brain dead donors. In a series of 23 brain dead donors, CAP and liver stiffness measurements were good predictors of histological status and steatosis.27 Another recently published study reported the usefulness of CAP for measurement of hepatic steatosis in deceased liver donors.28

Our findings are consistent with results of the few previous studies, confirming the usefulness of CAP for estimation of hepatic steatosis before LDLT. Our results could contribute to the use of CAP for noninvasive assessment of the liver allograft among healthy donor candidates before LDLT, to exclude significant hepatic steatosis and to decrease the need for invasive liver biopsy. However, further large-scale studies are needed to validate CAP for this purpose.

From the 1Shiraz Transplant Center, Abu-Ali Sina Hospital, Shiraz, Iran; and the 2Gastroenterohepatology Research Center, the 3Department of Hepatobiliary Pancreatic and Transplant Surgery, the 4Department of Gastroenterology and Hepatology, and the 5Transplant Research Center, Shiraz University of Medical Sciences, Shiraz, Iran
Acknowledgements: The authors have not received any funding or grants in support of the presented research or for the preparation of this work and have no declarations of potential conflicts of interest.
Corresponding author: Ahad Eshraghian, Abu-Ali Sina Center for Medicine and Organ Transplant, PO Box 71994-67985, Shiraz, Iran
Phone: +98 71 33 44 0000
E-mail: Eshraghiana@yahoo.com 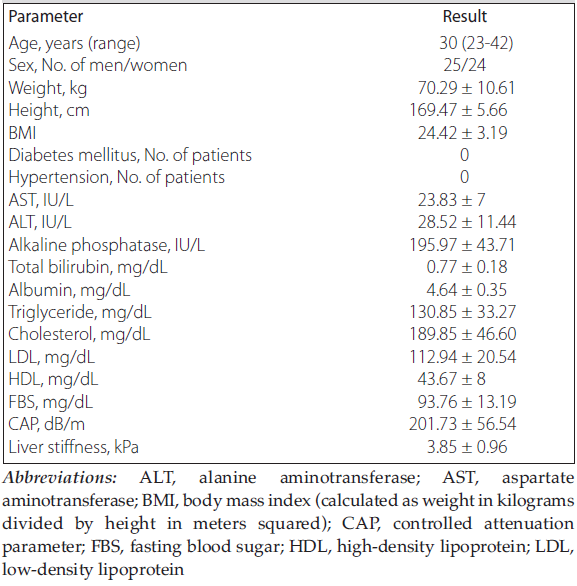 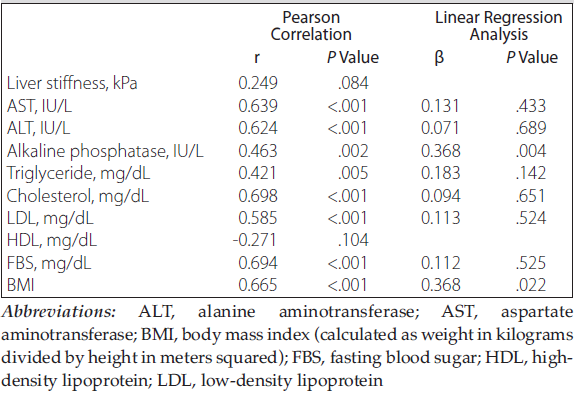 Table 3. Diagnostic Performance of Controlled Attenuation Parameter for Estimation of Different Degrees of Steatosis and Steatohepatitis in Liver Biopsy 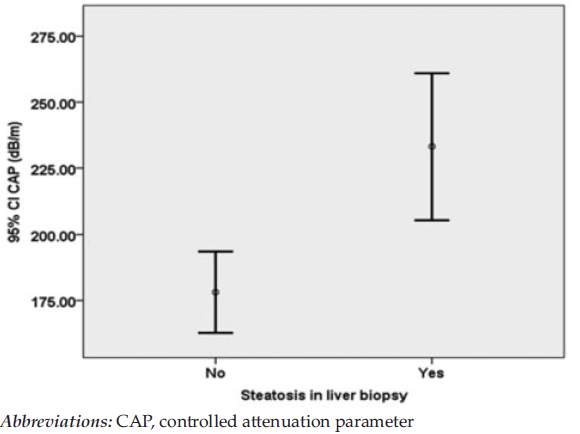 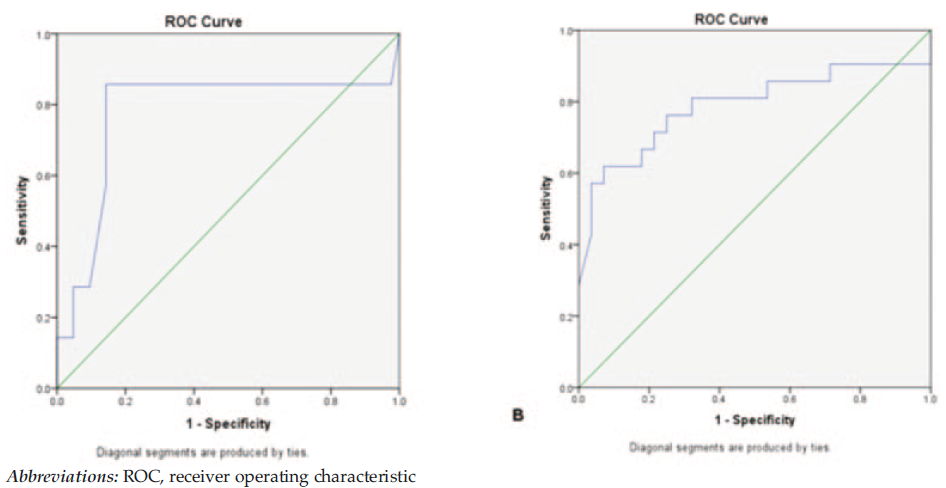 Figure 2. Receiver Operating Characteristic Curves Based on Different Thresholds of Controlled Attenuation Parameter for Diagnosis of Steatohepatitis (A) and Steatosis (B) in Liver Biopsies of Donor Candidates