We report a case of neurotoxicity as a side effect of a calcineurin inhibitor (tacrolimus), which is used as an immunosuppressive drug after liver transplant. Our patient had chronic hepatic failure due to Budd-Chiari syndrome and underwent a liver transplant after an appropriate deceased donor organ was obtained. After organ transplant surgery, he was kept under the effect of an immunosuppressive drug (tacrolimus) with daily control of the level of drug in his blood to avoid drug toxicity. Despite the level of drug in his blood being within the ideal range, the patient developed neurotoxicity that presented as weakness of his extremities. Appropriate diagnostic tests were done, and all proved that these signs and symptoms were related to the use of tacrolimus. Therefore, the drug was changed to cyclosporine. After a few months, the patient regained normal neurological functions of his extremities. We should take precautions to monitor neurological symptoms and signs while we administer calcineurin inhibitors.

Budd-Chiari syndrome (BCS) is a disease caused by venous occlusion starting from the right atrium to the level of hepatic veins and leading to obstruction of the hepatic venous outflow.1 It is seen in a wide spectrum of clinical presentations that may start with fulminant hepatic failure and lead to chronic hepatic failure. This disease is characterized by right hypochondriac pain, ascites, and hepatomegaly; it is most common in patients between the ages of 20 and 39 years. Diagnosis can be made by the clinical presentation (signs and symptoms) and by the aid of radiological devices.2

Care of BCS includes the treatment of its complica­tions, including portal hypertension and ascites, which would allow the protection of the hepatic venous return. The first step is the use of anticoagulant medications; however, if the response is insufficient, then angiographic procedures, transju­gular intrahepa­tic portosystemic shunt placement, or liver transplant will be the other treatments of choice.3

In this case report, we have described a patient with BCS leading to hepatic failure and who underwent a liver transplant. During follow-up, the patient developed polyneuropathy and myositis, which are rarely seen in such patients.

A 39-year-old male patient presented with abdominal pain, abdominal distention, and disorientation. The patient was reported to have had Behçet’s disease for 7 years. During routine investigations, BCS was diagnosed and treatment was modified accordingly. On follow-up, no response to treatment was found; in addition, angiographic investigations showed a minimal response that was considered an insufficient response to treatment. After that, the patient developed hepatic encephalopathy, requiring a rapid decision to contact the council for liver transplant and place him on the list of patients who need liver transplant.

An appropriate deceased donor was found, and liver transplant was performed accordingly. The patient was kept under the effects of immuno­suppressive drugs, including administration of tacrolimus with daily control of drug level in the blood (Table 1). On the fifth postoperative day, the patient developed a progressive weakness in the upper and lower extremities, with walking disability. Neuro­logical evaluation showed that the patient had a level 3/5 muscle weakness.

Cranial magnetic resonance imaging (MRI) was performed primarily to investigate a central cause of demyelinating diseases and was observed to be normal. Spinal MRI assessment showed a hyperin­tensity and myelitis lesions starting from the cervical vertebrae to the level of the lumbar vertebrae.

After the patient was diagnosed with transverse myelitis, intravenous immunoglobulin treatment was applied for 5 days. Despite the tacrolimus blood level being within the ideal level, these lesions were found to be related to the use of tacrolimus; therefore, tacrolimus was changed to cyclosporine.

Budd-Chiari syndrome is a rare and life-threatening disease. Liver transplant is known to be a life-saving treatment for patients who have liver cirrhosis resistant to medical therapy.4

Tacrolimus is known to have side effects associated with the gastrointestinal tract, such as nausea, vomiting, diarrhea, and constipation. With regard to neurological side effects, mental changes, dizziness, and epileptic seizures are the most common.8,9

In the present case, the absence of any symptoms other than isolated extremity difficulty in the complete neurological examination, which is normal, suggested that there was no side effect. However, the spinal MRI (Figure 1) detected lesions that appeared compatible with transverse myelitis. Other reasons for onset of this disorder have been investigated.10 Transverse myelitis as a side effect of tacrolimus has not been reported in the literature before.

Calcineurin inhibitors are one of the most commonly used immunosuppressive agents after solid-organ transplant. Although frequent neurological side effects are known to occur, the absence of a previous case with transverse myelitis as a side effect of tacrolimus suggests that our presentation may contribute to the literature. 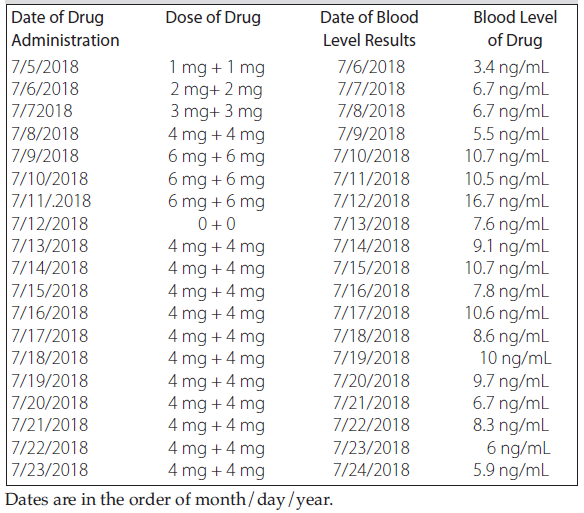 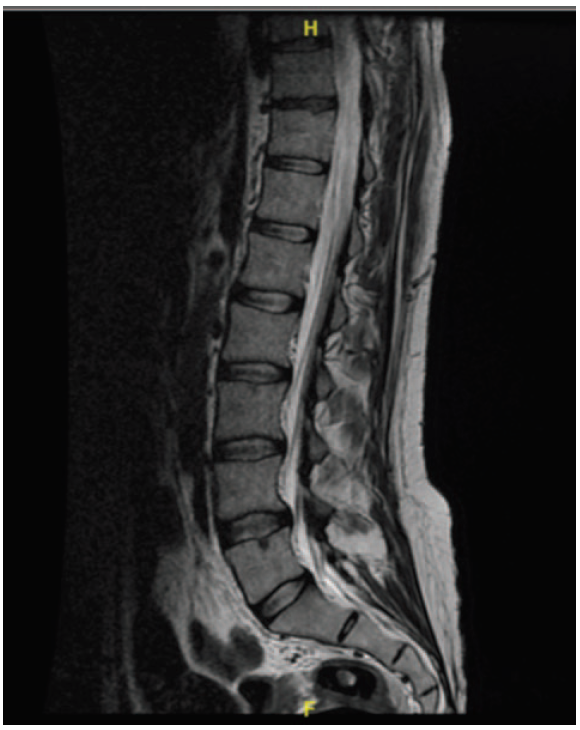