In the human-assisted reproductive technology cycle, embryo implantation and clinical pregnancy rates are limited by endometrial receptivity, and a thin endometrium is considered an important clinical indicator affecting endometrial receptivity. Although no consensus has been reached on the threshold of thin endometrial thickness,1-3 most studies have used human chorionic gonadotropin day or corpus luteum characteristics to support vaginal ultrasonography examination on that day. If the endometrial thickness is less than 7 mm, then it is considered thin.4-6

Many clinical treatments have attempted to improve endometrial thickness, such as hormone replacement, growth hormone, aspirin, granulocyte colony-stimulating factor, and stem cells.1,4,7-17 Although these approaches have been somewhat effective, many problems have rendered the treatment unsatisfactory. For example, although stem cell therapy has an effect in clinical treatment, its safety is uncertain.18 Therefore, it is necessary to identify more effective and safe solutions.

Platelet-rich fibrin (PRF) is a new generation of autologous platelet-rich concentrate that replaces the first generation of platelet-rich plasma (PRP). It is simple to prepare and requires no biochemical treatment. Centrifugation during manufacture of PRF activates platelets, and the large particle degranulation enhances cytokine release. In other words, PRF can gradually release cytokines and promote fibrin matrix remodeling. Platelet-rich fibrin-rich growth factors can promote cell proliferation, migration, and angiogenesis and accelerate tissue healing and regeneration.19

Platelet-rich fibrin is used widely and effectively, such as for alveolar socket repair in the dental field, regeneration of periodontal defects in healing gingival lesions,20-23 facial defects and scars in the field of plastic surgery,24,25 and treatment of refractory wounds including diabetic foot and ulcers caused by venous thrombosis.26 Platelet-rich fibrin has gradually become accepted as a safe, effective, and natural artificial engineered growth factor. Its application can augment repair of musculoskeletal tissue, skin, and corneal ulcers and burns.27 However, few groups have investigated the application of PRF in the treatment of thin endometrium. The purpose of this study was to explore whether and how PRF may improve thin endometrium and enhance endometrial receptivity.

Animals
Eight-week-old female Sprague-Dawley rats were used in our study (Beijing Vital River Laboratory Animal Technology). All experimental rats had free access to food and water and were housed under a natural light and dark cycle (12 h light, 12 h darkness). Approximately 2 weeks later, vaginal cytology examinations were performed every morning to assess the estrous cycle. Thirty rats with a regular

4- to 5-day estrous cycle were selected for our study, and the estrous period was the time window for experiments. All rats were treated in accordance with the guidelines of the Animal Protection and Use Committee of Beijing Shijitan Hospital and followed the guidelines in the Animal Research: In Vivo Experiment Report. All rat procedures were approved by the Experimental Animal Ethics Committee of Beijing Shijitan Hospital. All researchers engaged in animal experiments hold animal experiment licenses issued by the Beijing Association on Laboratory Animal Care.

Treatment groups
A rat model of thin endometrium was established with 30 rats with regular estrous cycle; animals were injected with absolute ethanol according to the method described by Zhao and colleagues.28 After all 30 rats were anesthetized, the left uterine horn was injected with ethanol and the right uterine horn was injected with normal saline (negative control). Efforts were made to protect the surrounding tissue when injecting absolute ethanol, which can cause severe intestinal adhesions, intestinal obstruction, and death in rats.

A preliminary experiment was performed to examine the rat endometrium before formal grouping (n = 10). Twenty rats were randomly divided into 2 groups. The experimental group was treated with ethanol in the left uterine horn, and PRF was given in the estrous period about 2 weeks after the procedure (n = 10). The thin endometrium group received injections of normal saline into the left uterine cavity about 2 weeks after the same procedure during the estrous period (n = 10). All rats underwent at least 2 procedures. After 3 additional estrous cycles (~2 weeks after PRF transplant), the uteri were removed under anesthesia, and all rats were euthanized. Uterine sections were stored in formalin and/or liquid nitrogen to await further study (Figure 1).

Platelet-rich fibrin preparation
We prepared the PRF according to the method of Dohan and colleagues.29 After anesthetization, ~5 mL of abdominal aortic blood was sampled from each rat, injected into a centrifuge tube without any anticoagulant, and centrifuged at 400 g for 10 minutes. Centrifugation ceased, and the sample remained undisturbed for 10 minutes, after which the PRF was visible as a translucent gel-like substance located between the red blood cell fragments at the bottom and the upper plasma. Next, the PRF was lightly squeezed into a thin sheet over clean gauze, which was cut into a long strip suitable for a rat’s uterine cavity and placed there before the incision was closed with sutures.

Histology and immunohistochemical staining
Uterine specimens fixed in 4% paraformaldehyde and embedded in paraffin were cut into 5-μm sections for hematoxylin and eosin staining. The sections were immersed twice in xylene (10 minutes each time) and then hydrated in a decreasing ethanol series (100%, 100%, 95%, 85%, 75%, and 0%, each for 1 minute). The sections were stained in hematoxylin for 7 minutes, rinsed in tap water for 30 minutes, stained with eosin for 30 seconds, dehydrated with increasing concentrations of ethanol, cleared with xylene for 10 minutes, and then sealed with neutral resin. Endometrial thickness (ie, the vertical distance from the junction of the endometrial muscle layer to the uterine cavity) was measured at 4 image sites for each sample with ImageJ software (National Institutes of Health), and the average value was taken as the endometrial thickness of the slice. Endometrial thickness and morphology were evaluated and compared between groups.

For immunohistochemical staining, sections were rinsed gently with phosphate-buffered saline 3 times for 3 minutes each time, fixed in a 3% hydrogen peroxide solution for 15 minutes to block endogenous peroxidase, and incubated with primary antibodies (anti-cytokeratin 18 [anti-CK18], ab668, 1:50; anti-vimentin, ab8978, 1:200; and anti-leukemia inhibitory factor [anti-LIF], ab113262, 1:50; all from Abcam) at 4 °C overnight. The next day, the wet box was removed and warmed to room temperature for 45 minutes, and then sections were rinsed with phosphate-buffered saline 3 times for 3 minutes each. The secondary antibody was added (50 μL/slide) and remained at room temperature for 30 minutes. Goat anti-rabbit immunoglobulin G antibody-horseradish peroxidase multimer was added dropwise to CK18 and LIF, and goat anti-mouse immunoglobulin G antibody-horseradish peroxidase multimer was added dropwise to vimentin. Slides were then rinsed 3 times in phosphate-buffered saline for 3 minutes each. After 3,3’-diaminobenzidine color development, slides were counterstained with hematoxylin and mounted to allow observation of the protein expression under the microscope. Immunohistochemical staining charac­teristics in the endometrium were observed in a high-power field of vision (×100). ImageJ software was used to calculate the average optical density values, and the average optical density method was used to semiquantitatively compare protein expression intensities, for which the average optical density was calculated as the integrated optical density divided by the area.

Western blot
The tissue was homogenized in lysis buffer. The homogenate was centrifuged at 12 000 g for 10 minutes. The collected supernatant was the total protein, and the concentration was measured with the bicinchoninic acid method (BCA Protein Assay kit, Thermo Scientific). The same amount of protein was separated by 8% to 12% sodium dodecyl sulfate-polyacrylamide gel electrophoresis and then transferred to polyvinylidene fluoride membranes. The membranes were blocked on a shaker with 5% skim milk at room temperature for 1 hour. Next, the membrane was incubated with the diluted primary antibody at 4 °C for 3 hours, followed by secondary antibody at a ratio of 1:3000, and then incubated at room temperature for 30 minutes in the dark. The protein bands were quantified with an Odyssey CLx infrared imaging system (LI-COR). Finally, the protein levels were quantified with ImageJ software.

Importantly, we also confirmed that placement of PRF in the rat uterine cavity can significantly increase expression of the hallmark protein CK18 in endometrial epithelial cells compared with the thin endometrium group; the endometrial stromal protein vimentin also increased significantly compared with the thin endometrium group. In other words, intrauterine PRF transplant can promote endometrial proliferation in rats. This coincides with the report by Jang and colleagues33that intrauterine injection with autologous PRP can promote and accelerate the regeneration of ethanol-damaged endometrium. Matsumoto and colleagues found that different subtypes of platelet-derived factors promote the proliferation and migration of human endometrial stromal cells.34

To further confirm the above results, we performed another Western blot experiment. The results showed that protein levels of CK18, integrin β3, LIF, and vimentin were slightly higher in the experimental group compared with the thin endometrium group. There was an increasing trend, but there was no statistical difference, possibly a result of the small number of animals. Additional studies with larger sample sizes are needed to confirm our findings.

Vascular endothelial growth factor is known to play a central role in angiogenesis and its regulation.40 However, there was no significant change in VEGF mRNA level in the experimental group, but it tended to be higher compared with the thin endometrium group. This difference might be significant if a larger number of animals were included.

There are several reasons why we used PRF to treat thin endometrium in rats. Platelet-rich fibrin is a replacement platelet concentrate of PRP, which is a gel formed by the slow polymerization of its own coagulation factors.18 Previously reported results were consistent with what we observed, ie, its 3-dimensional network is rich in platelets and growth factors. Compared with PRP, growth factors are slowly released for up to 10 days.41 There are 3 major advantages of PRF. First, the preparation is simpler than that of PRP, as described by Dohan and colleagues.29 Second, PRF has retention and slow-release properties. During PRF production, fibrin slowly circulates growth factors and platelet networks in the blood during the slow polymerization process. Specifically, fibrin dissolution activates platelets and releases growth factors.42 Third, it is relatively safe because it is autologous.

One limitation of our study is that it is not convenient to place PRF in rats, so it cannot be transplanted multiple times. However, there are no restrictions on numbers of placements in human patients. Transplant can be performed multiple times according to the cycle, which may achieve better effects. Of course, clinical use is subject to the formal approval of ethics committees and the patient’s informed consent.

Because traditional treatments have not solved the difficult problem of improving thin endometrium, it may be appropriate to use PRF to treat thin endometrium clinically, which is presently under investigation.

Application of PRF in the rat model of thin endo­metrium has a therapeutic effect, but the mechanism requires further study. It is hoped that our work will facilitate additional basic research and clinical application of treatments for thin endometrium. 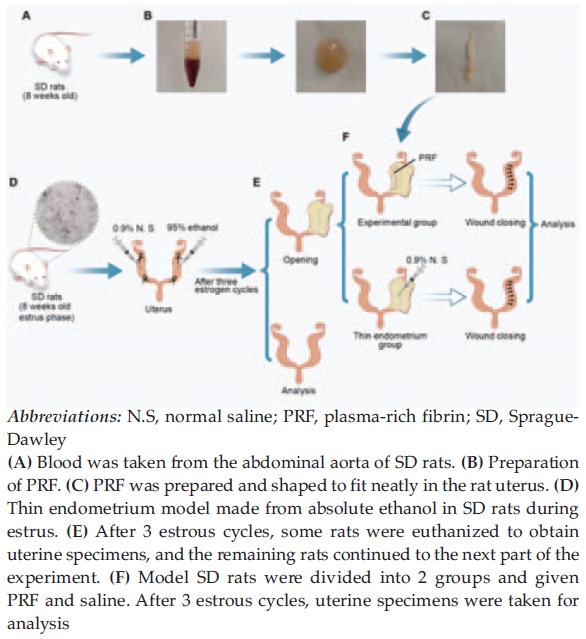 Figure 1. Schematic of the Experimental Procedure 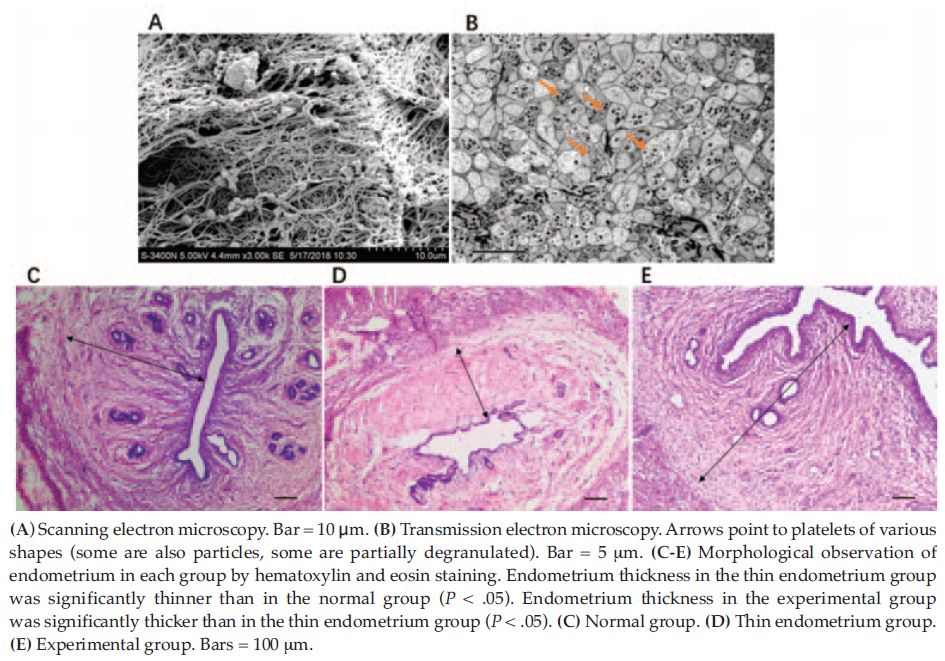 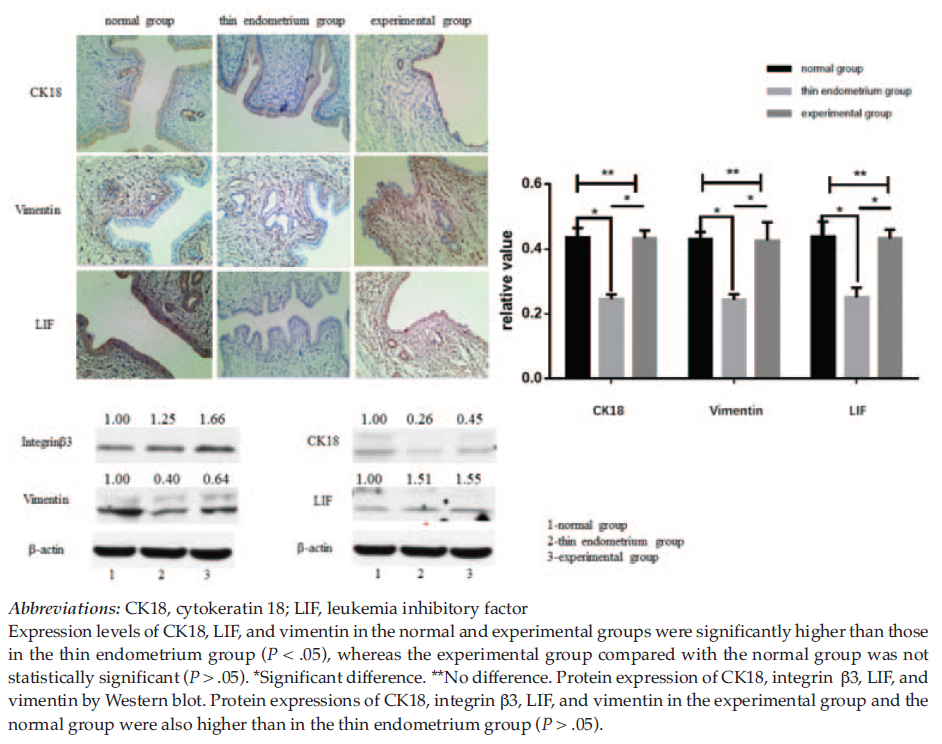 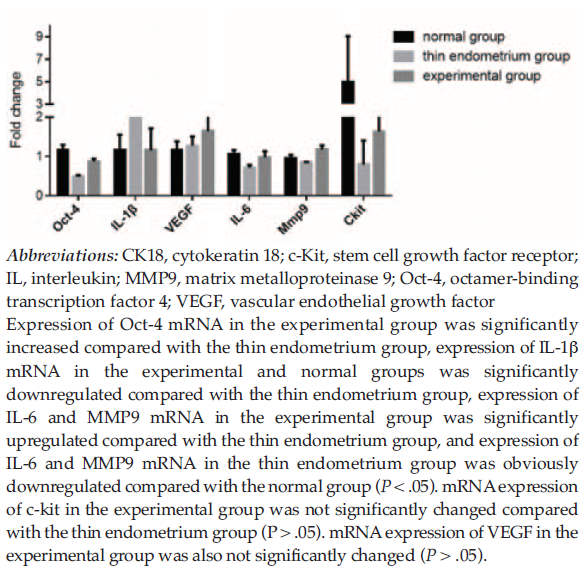