Since solid organs contain less lymphoid tissue, which plays an important role in the onset of graft-versus-host disease (GVHD), the incidence rate for GVHD is very low, and few studies have reported GVHD after kidney transplant.1-4 However, the severity of symptoms induced by immune response is common and often nonspecific and may result in delayed diagnosis and associated high mortality.5 We report a case of GVHD diagnosed by a short tandem repeat (STR) test of the peripheral blood of a patient with confirmed donor chimerism subsequent to an en bloc kidney transplant from a pediatric donor.

All procedures performed in studies involving human participants were in accordance with the Helsinki Declaration (as revised in 2013).

The transplant recipient was a 65-year-old man who had undergone hemodialysis for end-stage kidney disease induced by type 2 diabetic nephropathy. The patient received an en bloc kidney transplant from a 4-year-old male pediatric donor with a hypoxic brain injury who was unrelated to the patient, and the donor died after donation. The recipient and donor had the same blood type, AB. The donor’s human leukocyte antigens (HLA antigens) were A 2,33; B 39,44; and DR 7,9. The recipient’s HLA antigens were A 24,33; B 15,58; and DR B1*04,B1*13. Basiliximab (20 mg) was administered intravenously as induction therapy for immunosuppression, after which tacrolimus (3.5 mg daily), mycophenolate mofetil (1 g daily), and steroids (15 mg daily) were administered as maintenance therapy. The clinical course of the patient is shown in (Figure 1).

The patient was discharged on postoperative day (POD) 16 with good graft function. The patient was readmitted because of a liver function test abnormality on POD18. The blood levels of aspartate aminotransferase (AST) and alanine transaminase (ALT) were 333 IU/L (reference, ≤50 IU/L) and 565 IU/L (reference, ≤50 IU/L), respectively. Total bilirubin was 1.1 mg/dL (reference, 0.3-1.2 mg/dL), prothrombin time was 13.8 seconds (reference, 11.5-14.5 seconds), and glucose was 440 mg/dL (reference, 74-106 mg/dL). There were no abnormal findings, such as drug side effects, herbal intake, or virus infection, that could cause liver function deterioration. Abdominal computed tomography showed no specific findings with regard to the transplanted kidney or hepatobiliary system.

On POD25, the patient had mild diarrhea but stool culture and Clostridium difficile tests revealed no evidence of infectious diarrhea. On POD31, a complete blood count test revealed acute pancytopenia with a white blood cell count of 400 cells/mL (reference, 4000-11 000 cells/mL), hemoglobin level of 8.7 g/dL (reference, 11.5-15.5 g/dL), and platelet count of 82 000 cells/mL (reference, 140 000-400 000 cells/mL). We suspected the cytopenia to be a negative side effect of sulfamethoxazole and cephalosporin treatment, so these drugs were discontinued. In addition, test results were negative for parvovirus, human herpesvirus, and cytomegalovirus. On POD32, he developed a fever of 38.2 °C and was evaluated for fever focus; however, no unusual findings were observed. We initiated a regimen of broad spectrum antibiotics to defend against possible hidden infections. Although the suspected drug was discontinued, the fever persisted and pancytopenia did not resolve, despite granulocyte colony-stimulating factor injection and frequent blood transfusions.

A bone marrow biopsy performed on POD37 showed hypocellularity and no clonal abnormalities. Liver enzymes were markedly elevated (AST, 910 IU/L; ALT, 1389 IU/L; and bilirubin, 14.4 mg/dL), and prothrombin time was prolonged to 40.3 seconds. We suspected GVHD and proceeded with STR testing of peripheral blood on POD40, to assess chimerism (Figure 2). We found that 95% of the granulocytes were of the recipient type, whereas 4.3% of the T cells were of the donor type. The patient was diagnosed with GVHD by confirmation of chimerism. We proceeded to develop a treatment plan, but Enterococcus faecium sepsis progressed rapidly and led to multiple-organ failure and death of the patient on POD44.

Alloantigen-activated antigen-presenting cells can activate donor T lymphocytes transported from the graft and thereby cause GVHD, which may inflame the host organ and result in symptoms such as diarrhea, skin rashes, and jaundice. Furthermore, in the case of hematopoietic stem cell transplantation, pancytopenia can be caused by a donor immune-mediated reaction on the host’s bone marrow.6 Clinical symptoms vary in type and intensity based on the degree of inflammation.6 However, GVHD manifestation is frequently misdiagnosed as a drug allergy or viral infection. The similarity of these symptoms frequently results in delayed diagnosis, which has been shown to increase mortality by up to 80%.7

Our patient also had an unexplained fever and severe pancytopenia rather than the typical symptoms of GVHD. Acute GVHD after solid-organ transplant most commonly occurs approximately 3 months after transplant.8 However, in our patient, unlike typical cases of GVHD, liver function began to deteriorate rapidly within 3 weeks after kidney transplant, and severe pancytopenia occurred approximately 1 month after transplant. Moreover, 2 of the 5 reported cases of GVHD after kidney transplant were accompanied by renal injury, which has been established as a general feature of GVHD.3 In this patient, renal function was preserved until just before death.

It has been reported that GVHD is linked to a number of risk factors, which include donor HLA homozygosity (1-way matched donor), the degree of migration of donor lymphocytes in the graft, and the association between immunosuppression and recipient immunogenicity.9 Although HLA concordance (5/6 HLA mismatch) was low in this case, GVHD occurred. Therefore, we believe that there may be other factors that trigger GVHD.

Our patient was immunocompromised due to uncontrolled high blood sugar levels, older age, and overall poor health to a degree that would allow the activation of donor T cells and thereby increase the risk of GVHD. Transfer of higher numbers of donor lymphocytes to the recipient during transplant is associated with higher risk of GVHD. In the present case, our patient received an en bloc kidney transplant from a young pediatric donor. High levels of naive T cells in allografts are associated with a higher risk of acute GVHD after transplant, and children have greater numbers of naive T cells in their organs compared with adults.10-12 In our present case, the migration of a high number of naive T cells from the pediatric donor may have led to the progression of GVHD in the adult recipient.

Classically, GVHD is diagnosed based on clinical manifestations and tissue biopsy of the suspected lesion. In this case, there were no skin symptoms, and we were not able to identify a suitable lesion for biopsy because of mild diarrhea.

To diagnose GVHD, we used the STR test to evaluate the degree of chimerism. The STR test can be used to quantify chimerism and thereby identify donor HLA serotype or donor DNA in recipient peripheral blood, bone marrow tissue, or biopsy specimens from the skin. This method is useful when there are no clear clinical signs or no biopsy-worthy lesions, as in our patient. Transient microchimerism (<1% of donor lymphocytes), common in the first weeks after transplant, is necessary for graft acceptance, and usually subsides during the first 3 weeks.13 However, persistence of high levels of chimerism (≥1%) is strongly related to the occurrence of GVHD. If macrochimerism is accompanied by additional clinical symptoms and histological features, then GVHD should be considered. When the sex of the donor does not match the recipient, an amelogenin assay or fluorescence in situ hybridization assay can aid in the diagnosis of GVHD by assessment of the Y and X chromosomes to identity recipient and donor lymphocytes.14 Additionally, subsequent STR evaluation of peripheral blood could be useful to monitor the effectiveness of treatment.

The prognosis for GVHD after solid-organ transplant is poor, and sepsis is the most common cause of death for patients with GVHD. To date, including this case, 3 of 6 kidney recipients have died, and mortality rates of approximately 80% have been documented in liver recipients.15 From this case, we realized that early detection of GVHD, prompt treatment with appropriate antibacterial agents, and adequate immunosuppression are important to promote favorable outcomes.

Graft-versus-host disease is an unusual but serious complication of kidney transplant for which standard diagnostic criteria have not been established. In addition, the symptoms and signs of GVHD are nonspecific and can be mistaken for symptoms of a drug reaction or viral infection, which may lead to a delayed diagnosis of GVHD and the associated high mortality. Therefore, it is critical to take precautions for GVHD in order to obtain an early diagnosis and prognosis when kidney transplant recipients exhibit symptoms such as fever, diarrhea, and cytopenia of unknown cause. 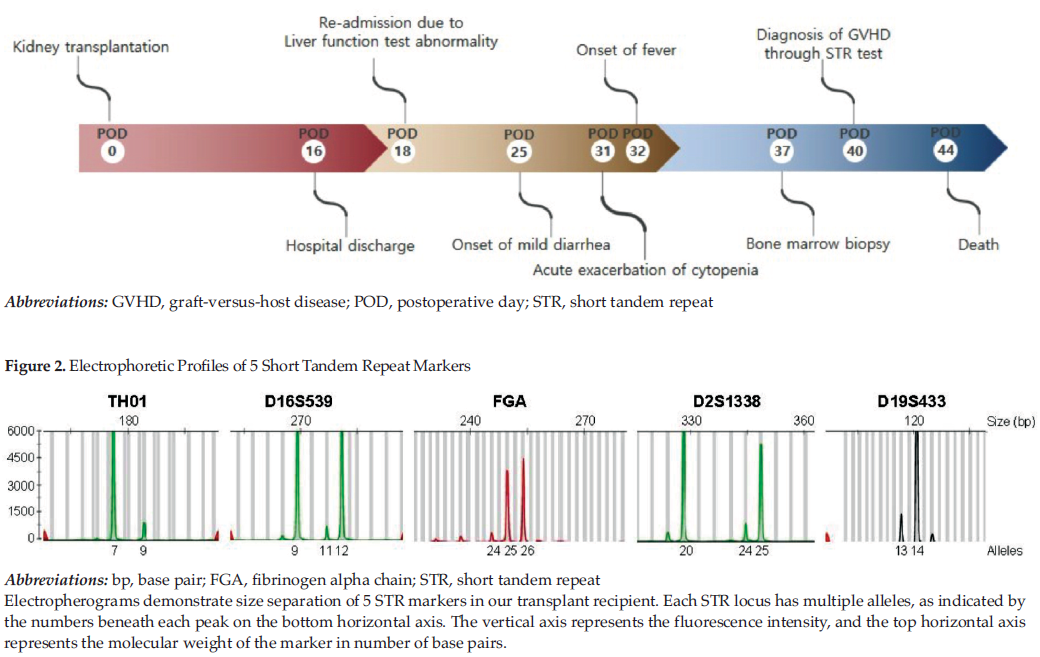 Figure 1. Clinical Course of the Patient