Objectives: Immunosuppressed patients sometimes require colorectal surgery. We investigated whether adipose tissue-derived stem cells contributed to anastomosis healing in rats immunosuppressed with the mTOR inhibitor everolimus.
Materials and Methods: Sixty male Sprague-Dawley rats were randomly divided into 4 groups of 14 each, with all groups undergoing descending colon anastomosis; the 4 remaining rats were used for stem cell retrieval. Group 1 (control) underwent surgery only, group 2 received stem cell injection, group 3 received everolimus only, and group 4 received everolimus plus stem cell injection. After treatment, each group was randomly divided into 2 equal subgroups according to the day of euthanasia (posttreatment day 4 or day 7). We measured anasto­mosis bursting pressure and tissue hydroxyproline level and performed histopathological evaluation.
Results: At both posttreatment days 4 and 7, median weight loss in group 3 was higher than in group 1, group 3 had higher severity of intraabdominal adhesion than group 4, and group 2 had mean hydroxyproline level higher than the other groups. At posttreatment day 4, mean bursting pressure was significantly different in group 1 versus groups 2 and 4 (P = .002) and group 2 versus groups 3 and 4 (P < .001). No significant differences were shown in pathological analysis except for vascular proliferation on day 7 (P = .003).
Conclusions: Injection of adipose tissue-derived stem cells in the anastomosis site prevented anastomosis leakage by contributing to healing. Injection of adipose tissue-derived stem cells in the anastomosis region, especially in the early period after solid-organ transplant in recipients and after gastrointestinal surgery in immunosuppressed patients, may help reduce mortality and morbidity.

Colorectal surgeries constitute 24% to 27% of all general surgery procedures. Anastomotic leakage, which is observed in 5% to 69% of such procedures, often leads to morbidity and mortality.1-4 The rate of anastomotic leakage due to inhibition of protein synthesis and cell proliferation has been shown to be higher in immunosuppressed patients.5,6 However, no studies on how to prevent such leakage in these patients have been performed.

Some immunosuppressed patients are solid-organ transplant recipients who may be given mammalian target for rapamycin (mTOR) inhibitors for immunosuppression. However, mTOR inhibitors negatively affect wound healing because they affect the cell cycle and inhibit T-lymphocyte proliferation. Therefore, use of mTOR inhibitors is not recom­mended, especially during the early posttransplant period.7-11

Mesenchymal stem cells (MSCs), which are produced in many tissues, can be multiplied many times for further use (5 × 104to 2 × 105 stem cells are obtained from 1 g of fat tissue).12,13 Mesenchymal stem cells primarily originate from bone marrow and adipose tissue, and these increase angiogenesis, local blood flow, and fibroblast and collagen synthesis in tissue.12,14,15 Adipose-derived stem cells (ADSCs), a type of MSC that occurs via the separation of subcutaneous adipose tissue, have been shown to have a positive effect on wound healing.12

The aim of the present study was to determine whether stem cell therapy has a positive effect on wound healing in rats that underwent colon anastomosis and mTOR inhibitor-based immuno­suppression. If stem cell therapy is shown to have a positive effect on anastomotic healing and can reduce anastomotic leaks, then solid-organ transplant recipients may be allowed to receive mTOR inhibitors during early posttransplant, not only in patients with colon anastomoses, but also in patients with vascular, urinary, and biliary anastomoses.

All 4 groups were divided into 2 subgroups of 7 each, according to date of death, with rats in the day 4 subgroup euthanized on posttreatment day 4 and rats in the day 7 subgroup euthanized on post­treatment day 7. After euthanasia and relaparotomy, the anastomotic line was located, and then intra­abdominal adhesion was assessed. After assessment, a 60-mm colon segment was resected with surrounding adherent tissue, with the anastomotic line in the middle. Bursting pressure, tissue hydroxyproline level, histopathology (hematoxylin-eosin, trichrome), and identification of labeled stem cells were evaluated on the anastomotic line.

Intraabdominal adhesions were assessed accor­ding to the method of Houston and Rotstein.16 Adhesions were classified into 3 categories: mild, moderate, and severe (Figure 1; see description in Table 1). To measure intraluminal pressure, the segment from 3 cm distal to 3 cm proximal to the anastomosis was resected and inflated using saline solution pumped through an infusion pump (Figure 2). The highest intraluminal pressure on the monitor was recorded as bursting pressure.17 Hydroxyproline concentration in tissue samples was determined according to the method of Reddy and Enwemeka.18 For histopathological assessment, anastomosed colon segments were prepared by a pathologist blinded to the groups. Appropriate cross-sections 5 μm thick were prepared from tissues embedded in paraffin. These were first stained with hematoxylin and then with hematoxylin-eosin.19 Tissue samples were assessed for mucosal reepithelialization, fibrosis, ischemic necrosis, vascular proliferation, and inflammation in the anastomosis. Labeled stem cells were identified.20 Both the differentiation of stem cells in endothelial cells and the presence of stem cells adjacent to villi were observed (Figure 3).

Adipose-derived stem cell retrieval
The 4 rats used for ADSC retrieval were anesthetized via intraperitoneal injection and then underwent laparotomy via midline incision. Approximately 20 mL of adipose tissue was harvested from the inguinal area, according to the protocol from Ogawa.19 To enumerate the cells, 0.1 mL of the fraction was taken and stained with methylene blue. Subserosal injection of ADSCs (4 × 105 stem cells per 0.1 mL) into the proximal part (0.1 mL) and distal part (0.1 mL) of each anastomosis in animals in groups 1 to 4 was performed using a purified protein derivative injector (Figure 4).

Surgical procedure
All rats in groups 1 to 4 were anesthetized via intraperitoneal injection and then underwent laparotomy via midline incision. The descending colon was transected full-thickness. A single-layer continuous colon anastomosis was then performed using a single 7/0 Prolene polypropylene suture. Groups 2 and 4 then received ADSC injection. After anastomosis, 0.2 mL of subserosal ADSCs were injected (in equal volume) to the distal and proximal parts of the anastomosis. After the procedure, the laparotomy was closed. All animals were given analgesic and provided with rat feed and water ad libitum postsurgery.

Anastomosis leakage rates have been reported to range from 1.95% to 14.16% following gastroin­testinal surgery in immunosuppressed patients.5,6 It is also known that everolimus, an mTOR inhibitor, negatively affects wound healing.21 The findings in the present study, especially the observed increase in the hydroxyproline level and bursting pressure, showed that subserosal ADSC injection increased anastomosis healing and reduced anastomosis leakage rate in immunosuppressed rats.

After colorectal surgery, the catabolic rate increases, leading to loss of body weight.22 In the present study, animals had significant weight loss on day 7. The greater percentage of weight loss in group 3 was attributed to the antiproliferative and antimitotic effects of the mTOR inhibitor everolimus on cell populations and its inhibitory effect on the proliferation of various cell types, such as smooth muscle cells.23 Moreover, immunosuppressed rats administered ADSCs (group 4) had less weight loss, indicating that the negative effect of immunosup­pression on body weight can be compensated for by the anabolic effect of stem cells, as reported in other studies.24,25

Adhesion after intraabdominal surgery leads to intestinal obstruction and intestinal ischemia.26 In the present study, the severity of adhesion was greater in the immunosuppressed rats, whereas injection of ADSCs partially prevented this increase in severity, especially during the early postsurgery period. Pascual and colleagues27 performed colonic anasto­mosis using adipose-derived MSCs in biosutures, similar to the present study, and observed that use of stem cells significantly reduced the adhesion formation rate. The low adhesion rate during the early postsurgery period might be due to an immunomodulatory effect of stem cells, which suppresses in vitro proliferation of activated lymphocytes.28

Bursting pressure is an indicator of anastomotic healing and the collagen concentration in the colon. In their study of the effect of ADSCs on healing after ischemic colonic anastomosis, Jong Han Yoo and colleagues35 reported that bursting pressure and collagen concentration were directly proportional. Willems and colleagues36 examined the permanent effects of everolimus against experimental injury to the colon and fascia in rats and observed no significant difference in the collagen concentration between their groups on day 7, whereas bursting pressure was directly correlated with the dose of everolimus. Similar to results reported in the literature, we found that everolimus decreased the bursting pressure, whereas ADSC injection completely reversed this effect during the early postsurgery period. During the early postsurgery period in particular, this effect can be considered to play a very effective role in reducing anastomosis leakage. Although the hydroxyproline level decreased despite ADSC administration in group 4, the bursting pressure increased, suggesting that the anastomotic resistance-increasing effect of stem cell treatment is based on parameters other than the hydroxyproline level.

Our histopathological assessment showed no significant differences in the pathological parameters among the 4 groups, other than vascular prolife­ration, which was attributed to the hypothesis that immunosuppression and/or stem cell injection does not affect the cell proliferation aspect of repair.37 Furthermore, based on the present findings, we suggest that the cause of increased vascular prolife­ration in the groups that received ADSCs was due to the increase in the vascular endothelial growth factor level caused by the stem cells and the ability of stem cells to differentiate into such cell types as endo­thelial cells, as reported by Caziuc and colleagues.12

Our present study has some limitations, including the lack of both measurement of the tissue collagen level and measurement of molecular parameters after stem cell injection. In addition, although the experimental animals were immunosuppressed for 7 days before surgery, which may appear to be sufficient for preclinical work, it may not be sufficient to be representative of patients receiving long-term immunosuppressive therapy.

Injection of ADSCs into the anastomosis site following gastrointestinal surgery and solid-organ transplant in immunosuppressed patients may be helpful to reverse the negative effects of immuno­suppression on anastomosis healing. Of note, most of the positive effects of ADSC injection on anastomosis occurred only during the early postsurgery period (the day 4 subgroups); however, considering that most instances of anastomosis leakage develop during the early postoperative period, ADSC injection could be used to reduce the rate of leakage, thus decreasing patient morbidity and mortality.

From the 1Department of General Surgery, Division of Transplantation, the 2Department of Pathology, the 3Department of Plastic and Reconstructive Surgery, and the 4Department of Medical Biochemistry, Baskent University, School of Medicine, Ankara, Turkey
Acknowledgements: The authors have not received any funding or grants in support of the presented research or for the preparation of this work and have no declarations of potential conflicts of interest.
Corresponding author: Mehmet Haberal, Baskent University, School of Medicine, Department of General Surgery, Division of Transplantation, Taskent Cad. No: 77, Bahçelievler, Ankara 06490, Turkey
E-mail: rectorate@baskent.edu.tr

Figure 3. Adipose Tissue-Derived Stem Cells Adjacent to Villi and in the Endothelium 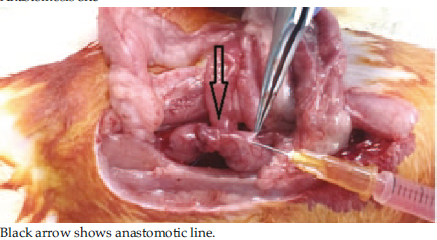 Table 2. Weight Loss According to Number of Days After Treatment (Day of Euthanasia) 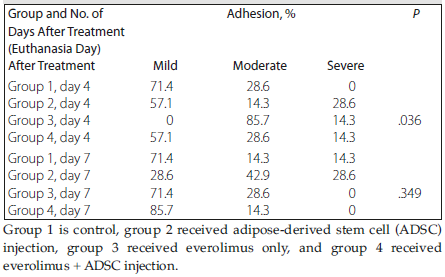 Table 3. Correlation Between Number of Days After Treatment (Euthanasia Day 4 or 7) and Adhesion