Necrotizing enterocolitis (NEC) is a distressing gastrointestinal disease having a high rate of morbidity and mortality that commonly occurs in preterm neonates. Usually, it occurs in 7- to 10-day-old neonates after enteral feeding.1 With incidence of about 7% in infants having birth weight greater than 1500 g and with mortality up to 30%, NEC presents as a medical and surgical emergency.2,3 Inflammation of the bowel wall is followed by ischemia and transmural necrosis with invasion by gas-forming organisms and characteristically appears as pneumatosis intestinalis in radiological studies. Radiological characteristic findings include portal venous gas or pneumatosis intestinalis, which is seen in 33% of affected children.4 The etiopathology of NEC is not understood completely; it is believed to be an anomalous innate immune response to an altered intestinal microbiota by the highly immunoreactive enterocytes of premature infants. Necrotizing enterocolitis in children after liver transplant is very rare, and its pathology is undetermined, although it has been associated with cow’s milk allergy.5 It can occur after rare bacterial sepsis, mostly associated with species from the Clostridium group, Enterobacteriaceae group, and fungal sepsis-like Candida in immunocompromised neonates. Association of Burkholderia cepacia, which is a gram-negative bacillus, with NEC has not been determined, although the presence of gram-negative bacterial infection leading to intestinal ischemia and NEC has been shown.6

A 6-year-old boy with an O-positive blood group underwent living donor liver transplant (LDLT) for liver failure secondary to congenital hepatic fibrosis. He had an earlier history of spontaneous bacterial peritonitis and was treated with intravenously administered antibiotics. He was admitted with a PELD (pediatric end-stage liver disease) score of 19. After all ethical and clinical clearances were obtained, a left lateral segment graft was taken from his ABO-identical grandmother and he underwent LDLT.
His postoperative course was going well, and he was off the ventilator on postoperative day 2. Tacrolimus was started on the second postoperative day at a dose of 0.25 mg. Enteral feeding was started on postoperative day 3. His routine laboratory reports were improving, with levels of liver enzymes such as aspartate aminotransferase, alanine aminotransferase, and alkaline phosphatase within normal limits on postoperative day 3, a total bilirubin level of 4.6 mg/dL, and an international normalized ratio of 1.4. Later, on postoperative day 4, milk was also added to his diet, which was brought from outside the hospital pantry. He was active and tolerating the feed until postoperative day 6, after which he started complaining of abdominal distension, a single episode of bilious vomiting, and abdominal discomfort. On day 10, he had 2 episodes of melena and his general condition started deteriorating. His total leukocyte count values had increased to 36000/μL on day 10. A nasogastric tube was reinserted and decompression done, and the content was bilious.
Contrast-enhanced computed tomography of the abdomen was done on day 11, which revealed preischemic changes all over the small bowel showing pneumatosis intestinalis (Figure 1). The graft liver was normal in echotexture. Hepatic vessel flow was normal. The portal and hepatic veins had normal spectral flow. His condition was worsening, and he was kept on a ventilator and inotropic supporunosuppressive agents posttransplant.5
In our case, the patient had symptoms of food intolerance and abdominal distension, fever, pneumatosis intestinalis, and intestinal necrosis. Necrotizing enterocolitis in pediatric liver transplant may be due to food allergy or to sepsis induced by a gram-negative bacillus, Burkholderia cepacia complex, which is present in an immunocompromised host. Burkholderia cepacia complex bacteria are gram-negative bacilli that can produce elastase and gelatinase, and they are frequently found in water and soil. The role of bacteria as significant contributors to NEC has been identified since the first systematic descriptions of this disease.8 Pneumatosis intestinalis and portal venous gas are pathognomonic radiographic signs of NEC and are thought to be caused by anaerobic bacteria, specifically Clostridia. In our patient, we detected Burkholderia cepacia complex in blood culture, and his general condition worsened immediately after the cow’s milk was started in his feed. He developed NEC, and findings of intestinal ischemia were confirmed intraoperatively. The cause of NEC is multifactorial, and, in our patient, the synergistic role of cow’s milk allergy and gram-negative bacteria-induced septicemic shock was the underlying etiology. The mechanism proposed for the development of food allergies following solid-organ transplant includes the passive transfer of donor allergen-specific immunog­lobulin E, due to an immunosuppressive agent-related immune response and to the immature gastrointet. Abdominal examination revealed distension, guarding, and absent bowel sounds.
He underwent a second surgery (laparotomy) on the intervening night of day 11 and day 12. On reexploration, diffuse patchy pregangrenous changes were present involving the small bowel, and around 500 mL of necrotic fluid was present. Graft liver outline was normal. The jejunojenunal anastomosis was intact. Biopsy of the affected bowel revealed transmural infarction involving tissue up to the muscularis propria with fibrin thrombi in blood vessels. His blood culture from day 10 showed Burkholderia cepacia, aerobic gram-negative bacilli that were resistant to all antibiotics. Given there was no sensitivity, he was started on the broad-spectrum antibiotics meropenem and colistin. His condition did not improve in the postoperative period, and he died the day following exploratory laparotomy.

Necrotizing enterocolitis is a gastrointestinal disease that involves infection and inflammation that cause damage and death of cells of the intestine. It affects mainly newborns, with about 1 in 2000 to 4000 births.6 Mainly, formula feeding such as cow’s milk is suspected as an influential pathogenic factor, as well as other potential contributing factors such as changes in intestinal bacterial flora.7 Necrotizing enterocolitis is a condition that leads to hypoxia and cell death of the intestine and to focal ischemic changes in the wall of the intestine, and it is prone in conditions such as immunocompromised and premature intestine and bacterial sepsis. Narumoto and colleagues5 reported a case of cow’s milk allergy in a 10-month-old girl post-LDLT who had no previous history of allergy to cow’s milk. Her stool examination revealed sheets of eosinophils, and the authors concluded that food allergy leading to NEC can be the result of immstinal tract and immune system of children. After liver transplant, various surgical insults may influence the intestinal permeability, which can cause exposure of the body to an allergen in addition to the immaturity of the intestine in children.9 Few cases of NEC caused by cytomegalovirus have been reported. Our patient was negative for cytomegalovirus.
In our current indexed case, the patient had been doing well and the graft had been functioning well, but, after the addition of cow’s milk to the feed, his parameters worsened immediately as a result of NEC, although there is no definitive clue that cow’s milk was responsible for it. This finding should be explored further by other researchers who may encounter this. We can only suggest milk intolerance that caused a hypersensitivity reaction, with add-on septicemia due to Burkholderia cepacia that was resistant to all antibiotics, as a cause of NEC. Therefore, although it is rare in pediatric liver transplant patients, NEC should be considered as a dreadful postoperative complication, and cautious use of cow’s milk and history of cow’s milk allergy should be duly noted. 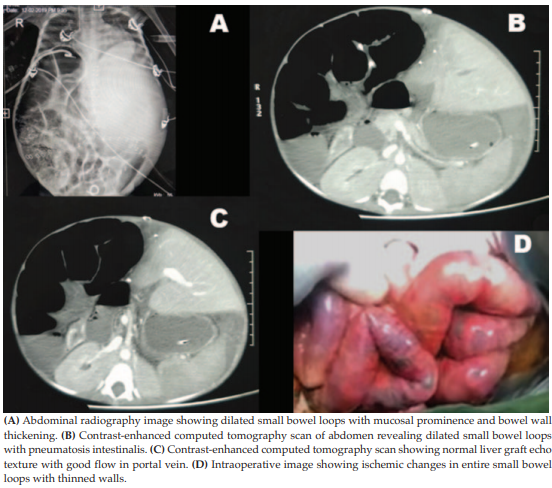 Figure 1. Radiological and Intraoperative Images on Days 11 and 12