There are few known congenital disorders that present with hepatorenal involvement, and autosomal recessive polycystic disease (ARPKD) is one of these congenital disorders. Autosomal recessive polycystic disease has a prevalence of 1 in 20 000 births. It is defined by the association of renal (enlarged microcytic kidneys) and liver (congenital hepatic fibrosis, portal hypertension, Caroli disease) manifestations, which are caused by mutations in the PKHD1 gene that maps in the short arm of chromosome six.1,2

Approximately 40% of patients die in infancy due to respiratory failure.3 In older children, the most frequent signs are hypertension and liver enlargement. Hypertension is seen in about 50% of patients, which causes the need to take antihypertensive drugs. Renal insufficiency will develop after infancy, and the patient will require dialysis and renal transplant.4 It has been illus­trated that at least 1 missense mutation is critical for surviving during the neonatal period.5 Here, we pre­sent a familial hepatorenal disease in 2 brothers who both eventually received successful renal transplant.

The patients were 2 brothers (27 and 21 years old) who presented with abnormal abdominal protrusion du­ring infancy. In their ultrasonograph evaluations, spleno­megaly was revealed during year 1 without convincing reason. Splenic arterial embolization was performed by an expert interventional radiologist, resulting in re­duced spleen size within 3 months. The only hematolo­gic problem was minor thalassemia in the older brother, which could not explain the spleen enlargement, with only mild anemia (hemoglobin level of 9 g/dL).

In addition, hepatomegaly was detected in sonograph reports during the second year of life, and congenital hepatic fibrosis was detected in liver biopsies. Liver function tests were normal except for mildly increased direct bilirubin level in the older brother (1.5 mg/dL). Both patients did not present with gastrointestinal symptoms until the second decades of life, at which time dyspepsia and epigastric pain developed. Symptoms were exacerbated in both brothers, with both eventually having several episodes of upper gastrointestinal bleeding due to esophageal varices. These complications led to variceal ligation.

The presentation of kidney problems occurred in year 4 of life with renal enlargement. However, renal function abnormality was only shown at age 20 years, with increased serum creatinine level to 5 mg/dL and sudden onset of hypertension. Over the course of less than 1 year, rapid progressive renal impairment occurred and renal size decreased dramatically, with color Doppler sonography demonstrating arterial stenosis. Hemodialysis was started for both patients (mean time of dialysis of 5.5 months). Both patients received deceased donor renal transplant procedures (in 2014 and 2017 for the older and the younger brother, respectively). Both transplant procedures were successful with normal creatinine levels (1.2 and 1.1 mg/dL for the older and the younger brother, respectively) and liver compensation. The only remaining complication was esophageal varices, which caused hematemesis and melena.

There are many syndromes that have different organ involvement. Renal failure in addition to hepatic fibrosis has been found in some of these syndromes. In this report, we presented 2 brothers (non-twin) who both had the same presentation of ARPKD.

Autosomal recessive polycystic disease is a genetic disease that presents with renal failure, congenital hepatic fibrosis, and pancreatic cyst and fibrosis.1 The characteristics of ARPKD patients in the relevant literature are shown in Table 1.

The onset of symptoms has a wide range of presentation, according to age. It has been categorized into 3 groups: <1 year, 1 to 20 years, and >20 years old.6 In our case report, both brothers had symptoms that started at age 1 with abnormal abdominal protrusion.

Splenomegaly is diagnosed in 38% to 71% of patients with ARPKD. It usually presents in infancy and is managed according to severity of disease. Splenectomy is the most reported surgical treatment for patients.2,3,7 Similar to previous studies, in our cases, splenomegaly was seen in infancy, which was managed successfully with angioembo­lization.

Liver involvement is the other manifestation of ARPKD; pathologically, congenital hepatic fibrosis is considered as a pathognomonic involvement of liver in ARPKD. The fact that congenital hepatic fibrosis is part of the nature of this disease is debatable.8,9 Furthermore, portal area fibrosis, hypoplasia of portal vein, and intrahepatic bile duct ectasia (Caroli disease) are the other pathological findings. Although hepatomegaly, arterial hypertension, and intrahepatic biliary dysgenesis may occur in infancy, variceal bleeding and portal hypertension, which are more serious presentations of liver involvement, are later presentations of ARPKD.6,10 Moreover, combined renal/hepatic transplant has been reported in some patients.7 In our patients, although liver pathology in the second year of life revealed congenital hepatic fibrosis and the patients developed upper gastro­intestinal bleeding by adolescence, the liver was not yet compensated, which obviated the need of more aggressive treatment for liver involvement.

In ARPKD patients, the early manifestation of kidney involvement in childhood is usually renal enlargement, which may be followed by rickets, acidosis, and eventually renal failure. All patients who survive are candidates for hemodialysis and probable renal transplant in adulthood. Renal appearance in ultrasonographic examinations during infancy includes nephromegaly and normal or loss of cortico-medullary differentiation, which would change to renal cyst and tubular ectasis in early adulthood, with eventual decreasing renal size in most patients.2,3,7,10,11 In our patients, the sonographic findings and progression of disease were similar to those shown in previous studies. As of today, both of our patients have had no new complaints and renal function tests have been normal. Their livers compensate, with the remaining problem being esophageal varices that will need ligation.

Clinical severity of ARPKD depends on suspected germline mutations. According to our observations of similar progression of disease and treatment, timely diagnosis and genetic antenatal counseling, precise management of infantile and childhood manifestations, and the right decision for adulthood complications of renal and liver involvement may increase the life expectancy of patients. 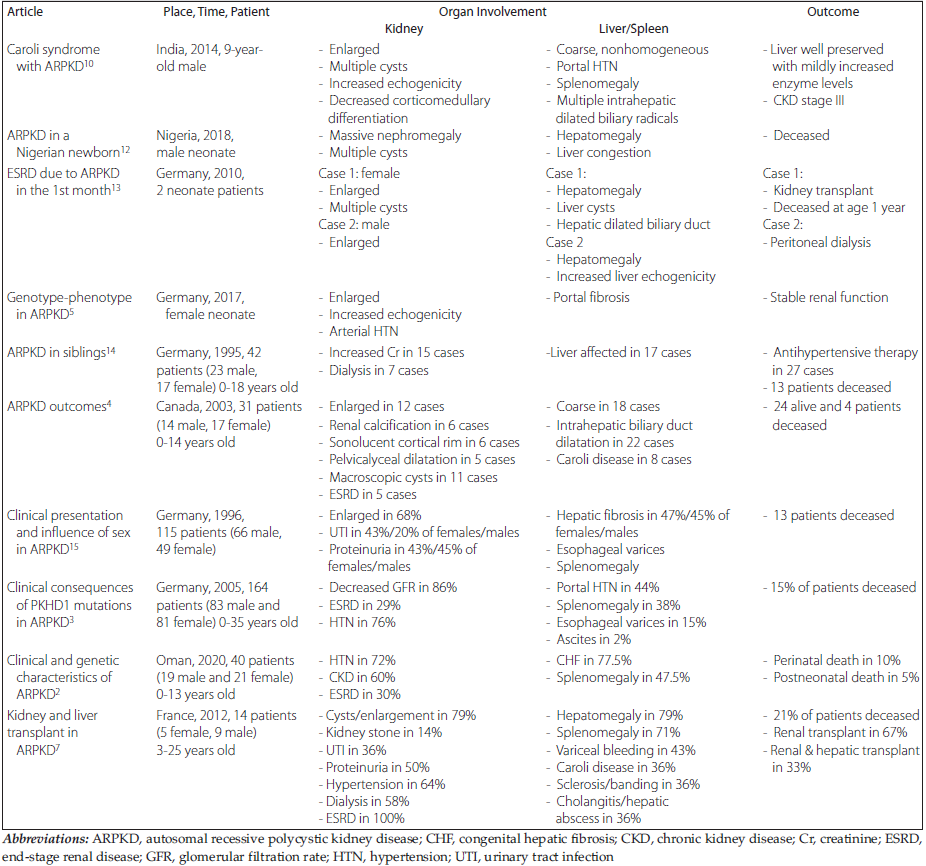 Figure 1. Characteristics of Cases With Autosomal Recessive Polycystic Disease in the Relevant Literature