Kidney transplant is the best therapeutic option for patients with end-stage kidney disease. However, kidney transplant is not exempt from postoperative complications. One of the most frequent urological complications is lymphocele, which can appear in up to 20% of patients. Lymphocele most often appears during the first month after surgery. However, its appearance after the first year is completely infrequent. Here, we report a case of a giant idiopathic lymphocele 18 years after kidney transplant and its resolution with lymphatic embolization. The patient, a 34-year-old man who received a deceased-donor kidney transplant in 2002, had presented with no complications until the lymphocele was diagnosed. The lymphocele presented as a voluminous organ-compressing mass. A percuta­neous drainage was placed, and 3600 cm3 of lymphatic fluid were drained. After that, 800 cm3 continued to leak every day. An intranodal lymphography and lymphatic embolization with Lipiodol Ultra-Fluide (Guerbet Australia) were performed, owing to the high amount of leakage. At 50 days after embolization, an ultrasonograph showed no fluid collections, so the percutaneous catheter was removed. In most patients, the treatment of the lymphocele after kidney transplant is frequently conservative. However, for patients whose situation cannot be resolved spontaneously, there are few therapeutic choices. As described here, intranodal lymphatic embolization is a mini-invasive option, with a success rate of up to 80%, and should be offered as the first approach.

Kidney transplant (KT) is the best therapeutic option for patients with end-stage chronic kidney disease. However, urological complications can occur, with a reported incidence after KT of 2.5% to 30%.1,2 Lymphocele, a fluid collection between the kidney allograft and the bladder, is the most common urological complication, with a rate of incidence of up to 40%.1 This complication is caused primarily by extravasation of the lymph from the lymphatic vessels injured during preparation of the iliac vessels of the recipient and the unligated lymphatic system from the renal hilum of the donor. Factors associated with the etiology of lymphoceles include acute rejection, length of surgery, extent of dissection, urinary obstruction, graft decapsulation, and use of immunosuppressants, such as mechanistic target of rapamycin (mTOR) inhibitors.1,3,4 Small lymphoceles are usually asymptomatic, and spontaneous resolu­tion occurs after a few months. In contrast, large lymphoceles can cause compression of the pelvicalyceal system, resulting in hydronephrosis and worsening renal function. Several choices have been described to treat this complication, from open fenestration to ultrasonogram-guided intranodal lymphatic embolization.5,6

Lymphography and lymphatic embolization, which were originally described to visualize lymphatic leakage, have been reported to be effective as not only a diagnostic but also as a therapeutic tool.7 Furthermore, open or laparoscopic fenestration could be used for refractory lymphoceles as a last option if lymphatic embolization fails. Here, we present a rare case of idiopathic giant lymphocele that appeared 18 years after KT, which was treated with lymphatic embolization and Lipiodol Ultra-Fluide (Guerbet Australia).

Our patient was a 34-year-old man who received a transplant in 2002 due to an unknown end-stage kidney disease. The transplant procedure, which occurred at a separate center before the patient presented to our center, was performed using a graft from a deceased donor, and no complications were recorded during the follow-up.

Because of the SARS-CoV-2 pandemic, the patient was referred to our hospital. He presented with a voluminous mass on the right flank that compressed the other abdominal organs. Along with both abdominal pain and early satiety (Figure 1), the patient also had increased levels of creatinine and urea. At presentation, the patient’s immunosup­pressive treatment included 1500 mg/day of mycophenolate mofetil and 8 mg/day of methylprednisone; neither calcineurin inhibitors nor mTOR inhibitors were being used at that time. An enhanced computed tomography scan showed an enormous amount of fluid collection, with no pathological findings in the kidney allograft (Figure 2). Hydatid disease was dismissed by serological tests.

As a first approach, an ultrasonograph-guided percutaneous drainage was placed, and 3600 cm3 of a clear fluid was drained. The biochemical and bacterial findings are shown in Table 1. Despite the drainage, 800 to 1000 cm3 of fluid continued to leak every day. There was suspicion of occurrence of a urinary fistula; for that reason, an isotope renogram was performed to identify the urinary leakage, which presented normal findings (Figure 3).

During the procedure, we observed some interesting findings: (1) the right lymphatic channels had been amputated in accordance with lymphatic ligation during transplant surgery, (2) collateral circulation was on the left side, and (3) there was lymphatic hypertension on the left side. We were finally able to prove and confirm lymphatic leakage by radioscopy (Figure 4).

At 1 week after lymphatic embolization, leakage volume decreased from 800 to 200 cm3 and continued to progressively decrease to 100 cm3 per day. On day 50 and before the catheter was removed, bleomycin was used as an irritating agent. A subsequent ultrasonogram showed a peripheral sheet of fluid around the kidney allograft (Figure 5), which has not since increased. No other invasive treatment was needed to resolve the giant lymphocele.

As presented here, intranodal lymphatic embolization may not only be a diagnostic tool but may also be an effective, minimally invasive, safe method to treat lymphatic leakage after KT. This was also previously demonstrated by Iwai and colleagues.6 The most interesting fact of this case was that the leakage appeared 18 years after KT. It should be pointed out that the presence of lymphocele is very uncommon at this late follow-up.

Lymphoceles are diagnosed primarily by ultra­sonographic imaging and usually occur from 2 weeks up to 6 months after transplant, with a peak incidence at 6 weeks.2 The reason for occurrence is not yet understood, but some theories suggest that it may be the result of damage to the lymphatic vessels of the graft or recipient. Furthermore, immunosup­pressants, such as mTOR inhibitors or mycophenolic acid derivatives, may influence the occurrence of lymphoceles.8,9 Because lymphoceles typically appear within the first few months after transplant, mTOR inhibitors should be avoided from the time of transplant to about 3 months posttransplant to prevent such problems. In addition, Giessing and colleagues, in a comparison of KT recipients who received sirolimus versus patients who did not receive mTOR inhibitors, found that patients treated with sirolimus after KT developed lymphoceles significantly more frequently.10,11 However, our patient never received mTOR inhibitors, so this cause was dismissed.

A symptomatic lymphocele is a clear indication for decompression procedures. To our knowledge, several treatment methods exist, such as lymphocele aspiration, sclerotherapy, drainage placement, and laparoscopic or open surgery.4 The advantage of intranodal lymphography is the mini-invasive approach. Selective puncture can be easily performed under fluoroscopic and/or C-arm computed tomo­graphy guidance because the leakage point and its closest upstream lymph node are easily visible as a result of the accumulated Lipiodol following initial lymphography. The reported efficacy of lympho­graphy and lymphatic embolization with Lipiodol ranges from 46% to 86%.7 The period for this technique to be effective is from a few days to weeks; about 50% of patients may require another intervention. Therefore, we suggest that lympho­graphy and the lymphatic embolization with Lipiodol Ultra-Fluide should be offered as a first treatment option to those patients who present recurring lymphoceles after aspiration or do not stop leaking after the placement of drains. This procedure has both a high success rate and a low complication rate6,7; therefore, other more invasive procedures, which may be unsuccessful, can be avoided. 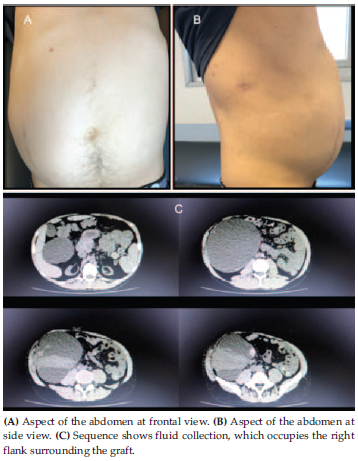 Figure 1. Images of Patient at Presentation Due to Right Flank Mass 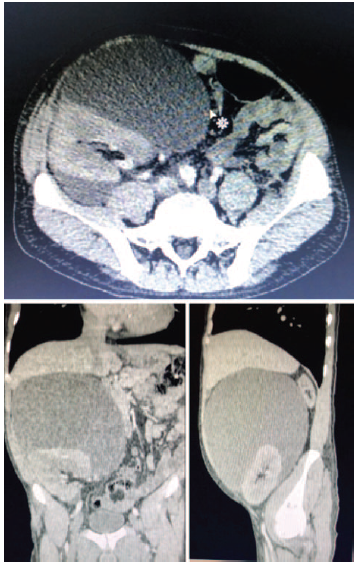 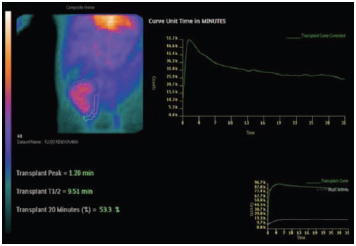 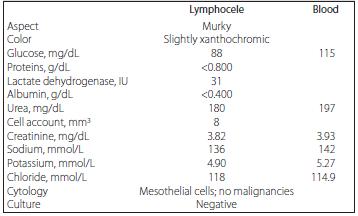 Table 1. Biochemical Determinations in Lymphocele Compared With in Blood 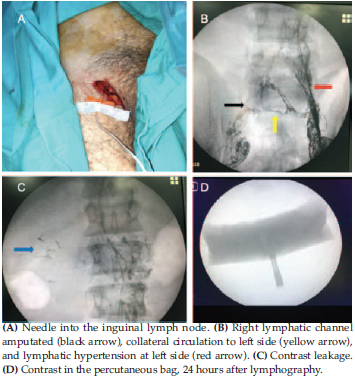 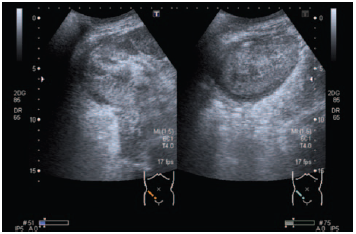