Materials and Methods: Medical records of patients who had undergone kidney transplant between 2010 and 2017 were retrospectively analyzed.

Conclusions: In kidney transplant recipients, urinary tract infections are common complications and have negative outcomes on graft function. These infections remain an important disease that requires frequent investigations and new ways of approach for prevention.

The most common infections after kidney transplant (KT) are urinary tract infections (UTIs).1-4 These infections are an important cause of morbidity and mortality in kidney transplant recipients.2,3 Incidence of posttransplant UTIs can range from 7% to 80%. Although they can occur at any time after transplant, they are seen most often in the first 12 months.1-4 The most common pathogen causing UTIs is Escherichia coli.1,3 Other pathogens in order of frequency include Enterobacter, Enterococci, Pseudomonas, and coagulase-negative Staphylococcus species.1

Despite a high incidence of UTIs in the first year posttransplant, not enough studies have analyzed the risk factors for the development of UTIs or investigated the effects on graft function.1,3,4 Here, we aimed to evaluate the number of UTIs in renal transplant recipients to identify possible donor/recipient-based risk factors and whether UTIs affected graft function.

Study population and data selection
This study was conducted in accordance with the ethical guidelines of the 1975 Helsinki Declaration and approved by the Baskent University Institutional Review Board and Ethics Committee (project no. KA18/31). Medical records of kidney transplant recipients were retrospectively analyzed.

Immunosuppressive treatment
Induction therapy (none, basiliximab, or antithy-mocyte globulin [ATG]) was given according to the patient’s immunologic risk. Postoperative immuno-suppression consisted of a combination of tacrolimus, mycophenolate sodium, and prednisolone. According to the patient’s follow-up presentation, cyclosporine, mammalian target of rapamycin (mTOR) inhibitors (sirolimus, everolimus), and mycophenolate mofetil could be given.

Urinary tract infections
For the definition of UTI, we adjusted the definition from the US Centers for Disease Control and Prevention.5 For urine examinations, the presence of pyuria (≥ 3 leukocytes in each large magnification or > 10 leukocytes/mL in undiluted urine) was examined.3 Patients with pyuria were classified as asymptomatic bacteriuria, uncomplicated UTI, complicated UTI, or recurrent UTI.3 The clinical categories of UTI used to classify patients are summarized in Table 1.

Antimicrobial resistance and susceptibility of microorganisms in urine culture were investigated. Antibiotic treatment for UTI, duration of treatment, and length of patient hospitalization were recorded. The term multidrug resistant (MDR) was most frequently used for gram-positive and gram-negative bacteria, meaning resistance to 3 or more antimicrobial classes.6

Microbiologic assessment of urine culture
After the perineum was cleaned with soapy water, a midstream urine was collected into a sterile cap for female patients; for male patients, a midstream urine was collected without cleaning. The urine samples were inoculated with 5% sheep blood, subjected to MacConkey agar with 10 μL of uncentrifuged urine, and then placed in an ordinary incubator at 37°C. A count of ≥ 105 colony-forming units/mL for 1 or 2 organisms was interpreted as a significant result. Organisms were identified with conventional tests (urea broth, methyl red/Voges-Proskauer broth, TSI agar, lysine/ornithine decarboxylation, indole, and citrate). Antibiotic susceptibilities were determined according to the European Committee on Antimicrobial Susceptibility Testing.

Statistical analyses
Statistical analysis was performed using SPSS software (version 23.0, SPSS Inc., Chicago, IL, USA). If continuous variables were normal, they were presented as mean and standard deviation (P > .05 in Kolmogorov-Smirnov test or Shapiro-Wilks [n < 30]); if the continuous variables were not normal, they were described as median. Comparisons between groups were made using t tests for normally distributed data and Mann-Whitney U test for not normally distributed data. Categorical variables were compared between groups using the chi-square test or the Fisher exact test. Values of P < .05 were considered statistically significant.

Between February 2010 and December 2017, 175 adult patients underwent kidney transplant at our center. Of these, 145 patients were included in our study. Demographic and clinical characteristics in patients with UTI are summarized in Table 2. It was the first kidney transplant for all of our patients. The mean age of recipients was 35.2 ± 12.4 years at transplant (33.8% female). The mean age of donors was 45.4 ± 12.9 years (54.5% female). The rate of deceased-donor kidney transplant was 23.4%. The relationships between recipients and living donors were as follows: 36.9% brother or sister, 26.1% mother, 17.1% partner, 13.5% father, and 6.3% other relative.

The rate of patients who had at least 1 UTI during the first year posttransplant was 37.9%. Table 3 presents the distribution of patients with UTI according to their categories. Asymptomatic bacteriuria, uncomplicated UTI, and complicated UTI were detected in 5.4%, 58.2%, and 36.4%, respectively (urosepsis rate of 9%). Recurrent UTI was observed in 32.7% of the patients who experienced only 1 UTI during the first year posttransplant. The total number of UTI episodes was 105, and the number of hospitalizations was 90. Mean duration of UTI treatment was 13.3 ± 5.4 days.

To determine the risk factors for donors and recipients, patients were divided into 2 groups: UTI group (n = 55) and control group (n= 90). Patients who had at least 1 UTI episode during the first year posttransplant were included in the UTI group. Patients who had no UTI episodes were included in the control group. Risk factors for UTI after kidney transplant were female sex (P = .001), glomerulo-nephritis as primary kidney disease (P = .04), pre-transplant diabetes (P = .05), and presence of ureteral stent (P = .03) (Table 4). Recurrent UTI was shown in 18 patients (32.7%). Diabetes was also a significant risk factor for recurrent UTI development compared with that shown in the control group (P = .03).

There was no difference between the 2 groups in terms of pretransplant dialysis modality (P = .43) and donor relationship (P = .82). The type of induction agent (P = .68) and type of immunosuppressive drug (P = .59) were not found to be significant risk factors for UTI.

The effects of UTI on graft function are shown in Table 6. The mean eGFR at year 1 posttransplant was significantly decreased in the UTI group (P = .006). Baseline mean eGFR was lower in the recurrent UTI group than in the control group (P = .04). In the recurrent UTI group, creatinine level (P = .04) and change in creatinine level (P = .03) during the first year posttransplant were significantly increased; during the first year posttransplant, eGFR (P = .005) and change in eGFR (P = .02) were significantly decreased.

Infection and rejection are 2 major barriers to success in transplant procedures. The incidence of infectious complications has been reported to be approximately 60% to 70% in the first year after kidney transplant, which gradually decreases in the following years.1 The most common type of infection in transplant patients is UTI.2-4,7 The incidence of UTIs has been reported to range from 28% to 38%.4,5,7 Similarly, in the first year posttransplant in our center, the rate of UTI was found to be 37.9%. Studies have shown that, once a patient develops a UTI, the risk of recurrent UTI increases. The frequency of recurrent UTIs has been reported to range from 14% to 44%.3,4,8 Similarly, in our study, recurrent UTI was observed in 32.7% of patients. Asymptomatic bacteriuria has been reported to range from 17% to 51% in the literature.3,9 However, we found the rate of asymptomatic bacteriuria to be low in our patients (5.4%). In a study with 101 patients, uncomplicated UTI was reported in 32% and complicated UTI in 23% of patients.8 In our study, the rates of both uncomplicated UTI (58.2%) and complicated UTI (36.4%) were higher.

As emphasized and shown previously,1,3,5,7 female patients in our study had a greater risk of UTI development. This is thought to be due to anatomic factors, including shortness of urethra length and proximity to the vagina and anus. Although we did not find any correlations between recipient age and UTI in our study, advanced age has been previously reported to be a risk factor.3-5,7

Urinary tract infections have been shown to develop more frequently in patients who receive kidneys from deceased donors.3,4,7 However, the fact that the kidney was from a deceased or living donor did not make any difference for development of UTIs in our study. Kidneys from male donors have also been associated with posttransplant UTI development.10 In our study, we found no association between donor sex and UTI.

In a study that compared the effects of basiliximab and ATG given for induction therapy, there were more infections and UTIs in the ATG-induced patient group.11 Similarly, many other studies have suggested to avoid the use of ATG in induction therapy.3,7,12-14 In our study, there was no difference among induction agents for the development of UTIs.

Immunosuppressive drugs like cyclosporine, sirolimus, prednisolone, and mycophenolate mofetil have been reported to increase the risk of UTI development.3,7,12-14 However, in one study, the immunosuppressive treatment protocol was not found to be a risk factor.4 Similarly, we found no association between the immunosuppressive drug and UTI development. However, a high daily dose of mTOR inhibitor was found to be a risk factor for UTI. Therefore, it could be said that mTOR inhibitors should be taken at the lowest possible dose.

The most commonly reported bacterial UTI agents in kidney transplant recipients have included Escherichia coli and Klebsiella pneumoniae.3-5 In our patient group, these same pathogens were also frequently seen in analyses of UTIs. Similar to previously reported,3 the most common fungal infection agent in our study was Candida species. Worldwide, there is an increase in the prevalence of MDR bacteria.3 In our analyses, 50.4% of organisms were MDR. With the increasing prevalence of MDR bacteria, such as extended-spectrum beta lactamase (ESBL)-producing bacteria, UTIs are increasingly challenging to treat.3

Ureteral stents are used to prevent surgical complications such as leakage and obstruction.3 We want to elaborate on 2 aspects of ureteral stents here: presence and duration. It has been suggested that the presence of stents does not increase the risk of UTI.15 However, other studies, including ours, have concluded that the presence of ureteral stents does increase risk of UTIs.3,16,17 With regard to duration of stents, although they are usually left in the ureter from 4 to 6 weeks,3 the time of removal after kidney transplant remains a controversial topic.18 Some studies have concluded that the increased duration of stent in ureter is related to UTI development.1,7 However, we observed no relationship between stent duration in ureter and development of UTI. This may have been due to the low number of patients with ureteral stents in our study.

The urinary tract is the most common source of bacteremia (56.9%).19 Tacrolimus-based immuno-suppressive therapy has been reported to be a risk factor for urosepsis.20 Because of the insufficient number of patients with urosepsis in our study (n = 5), a risk assessment could not be performed for this group.

Some studies have suggested that UTIs increase the risk of mortality and allograft loss.15,21 Indeed, it was found that the presence of a UTI in the first year posttransplant increased allograft loss by 29% and mortality by 41%.22 If untreated, a UTI in the first 3 months has been reported to increase the risk of acute cellular rejection.23 In other studies, when the eGFR was measured by iothalamate, the presence of even 1 UTI significantly reduced eGFR8 and mean eGFR was shown to be significantly lower in patients with UTI versus those without.5 Some studies have reported that UTIs had no effect on graft function and survival,4,24,25 and other investigators found no difference in renal graft function between those with and without UTIs after 1-year follow-up.4 In our study, eGFR at year 1 was significantly lower in the UTI group. We found that recurrent UTIs had a significant negative impact on graft function compared with that shown in patients without UTIs.

Development of UTIs, one of the most common complications after kidney transplant, can negatively affect patient and graft survival. A posttransplant UTI remains an important complication that requires continuous investigation and new ways of approach for prevention. Multicenter randomized controlled trials are needed to assist treatment guidelines in this area. 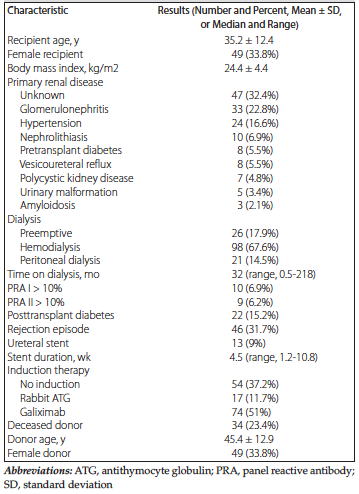 Table 3. Distribution of Patients According to Urinary Tract Infection Category 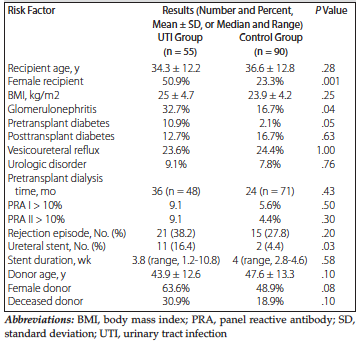 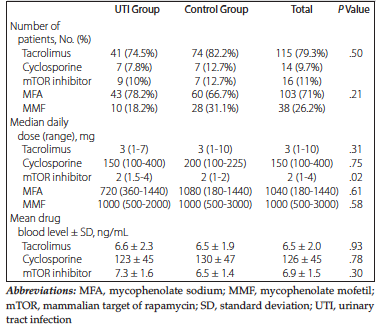 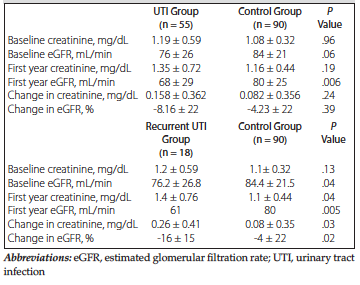 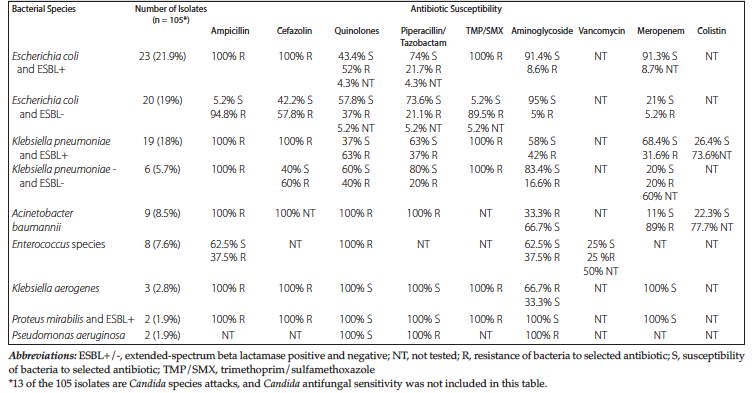 Table 7. Antimicrobial Resistance and Susceptibility of Microorganisms in Urine Culture 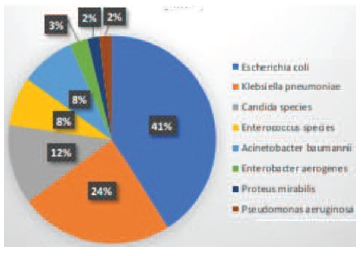