Posterior reversible encephalopathy syndrome (PRES) was first reported by Hinchey and colleagues in 1996.1 Patients with this condition have a variety of neurological symptoms and show characteristic imaging findings suggesting angioedema. It is said to be caused by the effects of hypertension, eclampsia, and immunosuppressive drugs, especially calcineurin inhibitors (CNIs),2 but the pathophysiology is still unclear. We report a case of PRES that developed at a very late stage after kidney transplant.

The patient was a 42-year-old woman. When she was 32 years old, because of chronic kidney failure of unknown primary disease, a living-donor kidney transplant was performed with her father as the donor. She had been undergoing immunosuppressive therapy with oral administration of tacrolimus 3 mg/day, mycophenolate mofetil 1000 mg/day, and prednisolone 8 mg/day, and her serum creatinine level remained at about 2.5 mg/dL. She complained of sud-den abdominal pain and was admitted to our hos-pital with a diagnosis of gastrointestinal perforation.

Conservative treatment relieved her gastroin-testinal perforation, but, on day 14, her eyeballs suddenly rolled upward and she had a generalized seizure. Her vital signs at the time of the seizure were blood pressure 135/93 mm Hg, heart rate of 101 beats/min, oxygen saturation by pulse oximetry of 91%, and Glasgow Coma Scale 3 (E1 V1 M1). She was given midazolam, and the seizure subsided.

A brain computed tomography scan showed no bleeding or tumor in the brain, but slightly low-density areas in the bilateral parietal white matter, suggesting some kind of white matter lesions (Figure 1). A subsequent brain magnetic resonance imaging (MRI) scan revealed high signal intensities in the cortical and subcortical white matter of the bilateral parietal and occipital lobes on T2-weighted images (Figure 2), and the patient was diagnosed as having PRES. Oral phenytoin was started to prevent recurrence, and the dose of tacrolimus, which was thought to be the cause, was reduced from 3 mg/day to 2 mg/day, so that the trough value decreased to 5 ng/mL or less. No abnormalities were found thereafter even by electroencephalography, and the patient was discharged safely without recurrence of seizure. One year has passed since her discharge, but no recurrence of PRES has occurred.

Although there are not many reports on the epidemiology of PRES, it was reported that the incidence of PRES was 0.49% among 4222 solid-organ transplant recipients and 0.35% among kidney transplant recipients in the United States.3 Symptoms are diverse, including headaches, convulsive seizures, visual impairment, and impaired consciousness2; because there are no characteristic symptoms, PRES must be considered when making a differential diagnosis. Magnetic resonance imaging is useful for diagnosis, with scans showing a characteristic parieto-occipital pattern, in which changes reflecting angiogenic edema are symmetrically distributed.4

Kidney transplant recipients can have many of these triggers, and careful follow-up is required. Although our patient received oral antihypertensive drugs, abnormal hypertension was not observed at the time of the seizure. The trough level of tacrolimus, a CNI, which was high for maintenance period after kidney transplant, could have been the cause of PRES, as discontinuation or dose reduction of immunosuppressive agents has been reported to lead to clinical improvements in the treatment of CNI-related PRES.5 On the other hand, a study showed no correlation between the onset of PRES and trough value of CNI,6 but all of the cases had developed early after kidney transplant.

Regarding the onset of CNI-related PRES after organ transplant, the median time from transplant to the onset of PRES has been reported to be 17 days but also developing within 1 year, with 7.3% (n = 4/55 patients) developing at 1 year; this study also reported development as late as 5 years in the patient group.7 To our knowledge, our present case is the latest reported case with the onset of PRES at 10 years after transplant.

Recipients of kidney transplant have multiple triggers for PRES. When abnormal neurological symptoms appear in the recipient after kidney transplant, it is important to consider PRES in the differential diagnosis and perform tests accordingly. In our patient, a rare case of PRES at 10 years posttransplant, we considered PRES as a differential diagnosis, and we were able to detect small lesions by CT scan, suspected PRES, and performed an MRI scan for definitive diagnosis. However, caution is required, because MRI imaging findings have been reported to appear later than clinical symptoms.8

From the 1Department of Urology and the 2Department of Neurology, Osaka Metropolitan University Graduate School of Medicine, Osaka, Japan
Acknowledgements: The authors have not received any funding or grants in support of the presented research or for the preparation of this work and have no declarations of potential conflicts of interest.
Corresponding author: Tomoaki Iwai, Department of Urology, Osaka Metropolitan University Graduate School of Medicine, 1-4-3, Asahi-machi, Abeno-ku, Osaka, 545-8585, Japan
Phone: +81 6 6645 3857
E-mail: iwai@omu.ac.jp 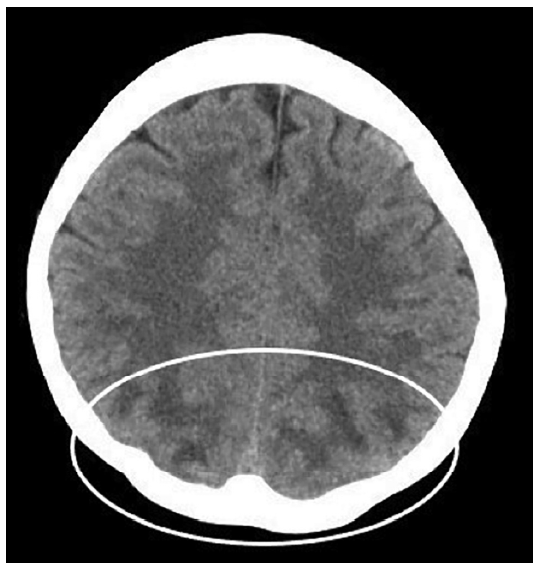 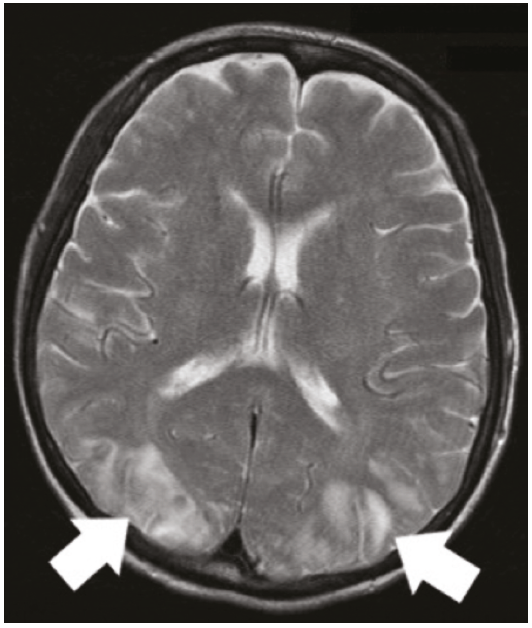