Hemoglobin sickle cell (HbSC) disease is generally considered a milder form of sickle cell disease (SCD).1 However, studies on the natural history of HbSC disease indicate that its underlying pathophysiology still has the potential for severe complications, including hyperviscosity and thrombosis.1-3 The perioperative management of liver transplant (LT) in a patient with HbSC disease and autoimmune hepatitis (AIH) has not been delineated well in the literature. Here, we have described the clinical course of a patient with HbSC disease and end-stage liver disease caused by AIH who underwent LT and developed postoperative thrombotic complications.

A 50-year-old man with HbSC disease and AIH cirrhosis was referred for LT. Before LT, his HbSC disease was relatively quiescent without frequent pain crises. He experienced pain crisis every 4 to 5 years, and he often managed his crises with over-the-counter medications without hospitalization. With regard to liver failure, he had a history of bleeding esophageal varices that had required band ligation, as well as diuretic-controlled ascites without prior spontaneous bacterial peritonitis. His AIH was treated with azathioprine and prednisone. He had a remote history of documented stroke and self-reported myocardial infarction of unclear etiology. Brain magnetic resonance imaging and magnetic resonance angiography 2 months before LT showed only chronic infarcts in right-side frontal and parietal lobes, corona radiata, and right and left cerebellum. Left-side heart catheterization after myocardial infarction showed mild coronary artery disease without significant obstructive disease. Surgical history included cholecystectomy for gallstone disease. There was no known family history of SCD or liver disease. He was a never smoker. He previously drank 1 to 2 standard units of alcohol per month, but he stopped consuming alcohol completely after the diagnosis of cirrhosis. He had no history of illicit drug use.

One week before LT, he was admitted after developing abdominal pain and melena. An upper endoscopic evaluation of melena revealed 4 columns of large esophageal varices with red wale signs, and band ligation was performed to mitigate these complications. Diagnostic paracentesis revealed spontaneous bacterial peritonitis with 281 poly-morphonuclear cells/mm3. He also developed renal failure during this admission, and his Model for End-Stage Liver Disease (MELD) score increased to 40.

Given the critical illness, the etiology of cirrhosis was carefully revisited. The diagnosis of AIH was made according to the simplified diagnostic scoring system of the International Autoimmune Hepatitis Group. Antinuclear antibody was negative, and
anti-smooth muscle antibody titer was 1:80. Immunoglobulin G had risen to 3853 mg/dL (the upper limit the reference range was 1600 mg/dL). Liver biopsy obtained several months before admission showed cirrhosis with sinusoidal dilation, moderate portal inflammation (lymphocytes and plasma cells), bile ductular reaction, and prominent interface activity. There was no evidence of significant steatosis, stainable iron, or sickle cell hepatopathy (Figure 1). Hemoglobin electrophoresis showed 48.3% hemoglobin S and 44% hemoglobin C, which confirmed the diagnosis of HbSC disease. Dobutamine stress test before LT was unrevealing; carotid artery duplex showed no significant stenosis.

His biopsy-proven cirrhosis with a history of AIH and HbSC disease was extensively discussed at the institutional LT committee meeting with his hematologists. He was ultimately approved and listed for LT, and shortly thereafter he received a United States Public Health Service standard risk graft from a 34-year-old deceased donor (brain death). The surgery was performed with the standard heterotopic (piggy-back) method with duct-to-duct biliary anastomosis. Red blood cell exchange transfusion was performed before LT to minimize the perioperative risks of sickle cell crisis. Microscopic examination of the explanted liver showed cirrhosis with marked cholestasis, sinusoidal congestion, and sickled erythrocytes (Figure 2 and Figure 3).

He had a prolonged recovery and developed a small nonobstructive pulmonary embolism after removal of the central venous catheter, which was caused by a clot burden at the tip of the catheter. He also developed seizures and altered mental status. Brain magnetic resonance images showed posterior reversible encephalopathy syndrome (PRES) and bilateral supratentorial cortical and subcortical infarct and hemorrhage. Thus, we changed his immuno-suppression regimen from tacrolimus to everolimus to prevent further neurological complications. A transthoracic echocardiogram with agitated saline revealed a patent foramen ovale that likely contri-buted to bilateral strokes after removal of the catheter.

He continued to receive red blood cell exchange transfusion with the goal of maintaining a combined HbS and HbC fraction <30%. He eventually recovered and was discharged to an acute rehabilitation facility, then home. He remained alive at 10 months posttransplant with ongoing follow-up in the outpatient setting with monthly red blood cell exchange transfusions. His graft function remained excellent.

Our patient also experienced significant neurolo-gical complications after LT in the form of PRES and seizures. Posterior reversible encephalopathy syndrome, in particular, has become an increasingly recognized complication in SCD both with and without transplant and immunosuppression.6 A single-center retrospective analysis of 21 SCD pediatric and adult LT recipients showed that this cohort developed a high proportion of neurological complications, 76% (n = 16) of whom developed delirium, seizures, or PRES.7 Patients with SCD are generally more susceptible to neurotoxicity due to endothelial dysfunction and SCD-related vasculopathy from chronic hemolysis, ischemia, and sickling damage.6,8 In addition, the adverse effects of tacrolimus in the form of vasoconstriction and proinflammatory effects on endothelium further exacerbate the manifestation of neurological comp-lications in posttransplant patients. High index of suspicion for diagnosis and aggressive management and prevention of these complications may reduce the morbidity and mortality in LT recipients with SCD.

In conclusion, LT in patients with SCD remains a challenge but is feasible in a subset of patients with SCD, including patients with HbSC disease. Our study highlights potential for underdiagnosis of AIH in SCD patients, as well as the potential to overestimate the sickling features during routine processing of liver biopsies or explants. Despite a more protracted postoperative recovery as a result of thrombotic and neurologic complications, our patient eventually overcame these adversities and remained alive with a functional graft at 12 months after LT. With respect to the unique features of AIH and SCD, the LT outcome for our patient was, overall, a success.

From the 1Division of Gastroenterology and Hepatology, Department of Medicine; the 2Department of Pathology; the 3Division of Hematology, Department of Medicine; and the 4Division of Transplant Surgery, Department of Surgery, Johns Hopkins University School of Medicine, Baltimore, Maryland, USA
Acknowledgements: We gratefully acknowledge funding by the National Institute on Alcohol Abuse and Alcoholism of the National Institutes of Health under award number K23AA028297 (to P. Chen) and Gilead Sciences Research Scholars Program in Liver Disease, The Americas (to P. Chen). The content is solely the responsibility of the authors and does not necessarily represent the official views of the National Institutes of Health and other sponsors. Otherwise, the authors have not received any funding or grants in support of the presented research or for the preparation of this work and have no declarations of potential conflicts of interest.
*Ahmet Gurakar and Jacqueline Garonzik-Wang contributed equally to this study, as members of the Johns Hopkins Liver Transplant in Sickle Cell Disease Study Group.
Corresponding author: Ahmet Gurakar, Division of Gastroenterology and Hepatology, Johns Hopkins University School of Medicine, 720 Rutland Avenue, Ross Research Building, Suite 918, Baltimore, MD 21205 USA
E-mail: aguraka1@jhmi.edu 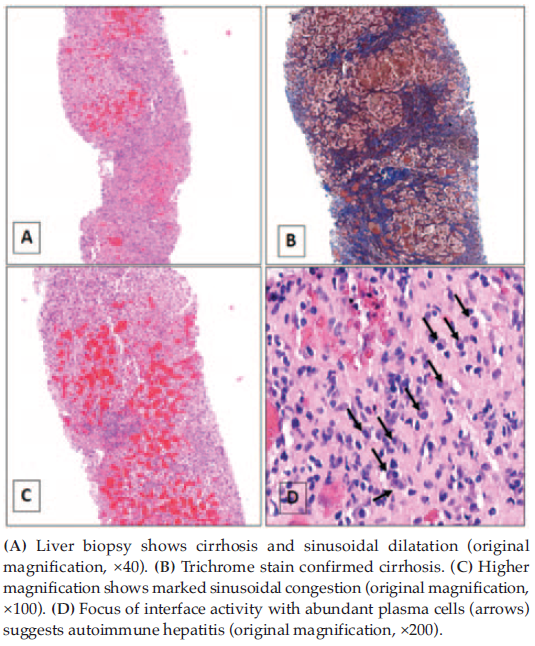 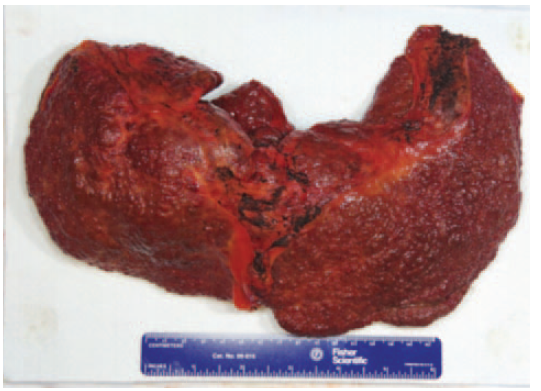 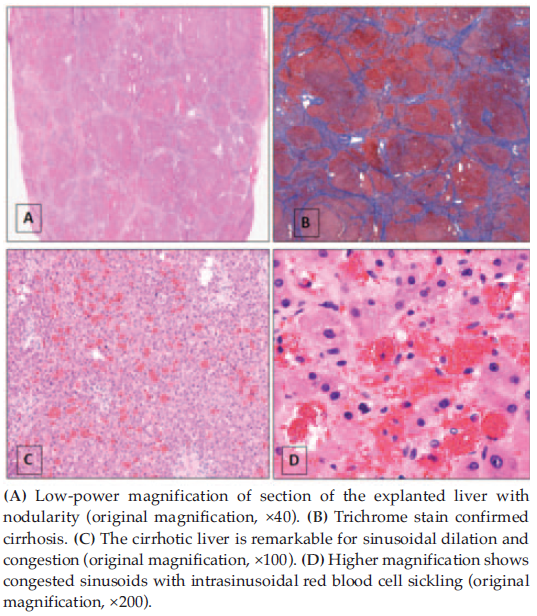