Survival after liver transplant has progressively improved over recent decades. Recurrent or de novo malignancy, however, remains a major cause of patient death after transplant. Here, we have described a patient who developed de novo intrahepatic cholan-giocarcinoma in the graft liver after orthotopic liver transplant. The 48-year-old male patient had end-stage liver disease from hepatitis B-related liver cirrhosis and a Model for End-Stage Liver Disease score of 26 and was listed for liver transplant. Recurrent esophageal variceal hemorrhage, severe ascites, and splenomegaly had complicated the liver disease. He underwent emergent whole organ, deceased donor liver transplant for liver cirrhosis. The donor liver was procured through the standard donation after brain death process from a 72-year-old man who died of intracranial hemorrhage. The graft weighted 1500 g and had normal color, and cold ischemia time was 5 hours upon arrival at our hospital. The patient’s early postoperative course was uneventful. Two months posttransplant, the patient presented to the emergency department with fever, abdominal pain, and skin rash. Computed tomography revealed a focal biliary stricture in the right hepatic duct. Magnetic resonance cholangiopancreatography identified intrahepatic duct dilatations. Subsequent endoscopic retrograde cholangiography demonstrated marked intra- and extrahepatic biliary dilatation. We considered it to be a benign stricture and inserted plastic stents. He recovered from biliary stricture-related cholangitis. Approximately 10 months post-transplant, the patient was admitted with fever and skin rash. Marked dilatation of the intrahepatic bile duct was shown with a poorly enhancing tumor in the right lobe of the graft. Percutaneous transhepatic biliary drainage and tumor biopsy confirmed intrahepatic cholangiocar-cinoma. We believe this to be the first case of de novo intrahepatic cholangiocarcinoma in a patient with hepatitis B-related end-stage liver disease after liver transplant without primary sclerosing cholangitis.

Patient and graft survival rates after liver transplant (LT) have progressively improved in recent decades. Recurrent or de novo malignancy, however, remains one of the major causes of patient death after LT. The incidence of posttransplant de novo malignancy has been reported to vary from 4% to 16% but is still higher than in the general population.1-3

In this case report, we present a patient who developed de novo intrahepatic cholangiocarcinoma (IHCCC) in the graft liver after orthotopic LT (OLT). To our knowledge, this is the first case of de novo IHCCC in a patient with hepatitis B-related end-stage liver disease (ESLD) after OLT, although it has been reported in a patient with recurrent primary sclerosing cholangitis (PSC).4

A 48-year-old Korean male patient with ESLD from hepatitis B-related liver cirrhosis and a Model for End-Stage Liver Disease (MELD) score of 26 was listed for LT. Recurrent esophageal variceal hemorrhage, severe ascites, and splenomegaly had complicated his ESLD. Pretransplant imaging studies showed that he had severe liver cirrhosis and collaterals, but there was no evidence of any malignancy (Figure 1).

The donor liver was procured through the standard donation after brain death process from a 72-year-old man who died as a result of intracranial hemorrhage. The donor’s blood type was identical to that of the recipient. Preoperative evaluation of the donor confirmed that he was negative for hepatitis B surface antigen and hepatitis C virus antibody and had no evidence of malignancy. The graft weighed 1500 g and had normal color, and cold ischemia time was 5 hours upon arrival at our hospital. Histopathological examination of the explanted cirrhotic liver revealed that there was no malignancy.

The recipient’s early posttransplant course was uneventful, and he was discharged from the hospital 20 days after transplant. Two months posttransplant, the patient presented to the emergency department with fever, abdominal pain, and skin rash. A CT scan showed a benign-looking biliary stricture in the right hepatic duct (Figure 2a). We considered it a benign stricture and performed endoscopic retrograde cholangiography with placement of an endoscopic retrograde biliary drainage catheter (Figure 2b). The symptoms improved, and the patient was discharged from the hospital. However, the next day, he again presented to the emergency department with fever and skin rash. Laboratory test results were as follows: platelet count of 26?000/mm3, amylase of 124 IU/L, lipase of 407 IU/L, blood urea nitrogen of 49.0 mg/dL, and creatinine of 1.42 mg/dL. C-reactive protein was high at 14.3 mg/dL. The cytomegalovirus real-time polymerase chain reaction test showed a result of 565 IU/mL.

We subsequently used antiviral and antibacterial agents simultaneously. After administration of antibiotics, the symptoms improved, and the patient was discharged from the hospital. However, hospitalization and discharge were repeated because of dire symptoms.

Approximately 10 months posttransplant, the patient returned to the emergency department because of anorexia and generalized pain. A CT scan to monitor the liver showed intrahepatic bile duct dilatation and a new contrast-enhancing mass around the hilum. Carbohydrate 19-9 (CA 19-9) was 290.9 U/mL, and carcinoembryonic antigen (CEA) was 1.68 ng/mL. Histological examination with percutaneous transhepatic biliary biopsy confirmed it to be cholangiocarcinoma (Figure 3). After that, the patient underwent chemotherapy; however, he died 18 months after OLT.

Patterns of de novo malignancies differ between Western and Asian countries, suggesting that the occurrence of malignancy is influenced by various racial and social factors, including endemic circumstances. Skin cancer is the most frequent de novo malignancy after LT, and accounts for 40% to 50% of all malignancies in Western studies.3 In contrast with Western cases, Korean people have an increased risk of developing stomach cancer and colon cancer in men and breast cancer in women.5

In the literature, the survival in OLT recipients after PSC who develop cholangiocarcinoma is poor. To date, there are no good markers to detect early de novo malignancies. Carbohydrate 19-9 may be elevated and is the only reliable marker in the setting of non-PSC patients to predict de novo cholangiocarcinoma.4,7 In our patient, the CA 19-9 was slightly elevated, consistent with the diagnosis of IHCCC. The test for CEA lacks adequate sensitivity and specificity. Some studies have suggested that a combination of biliary cytology, CA 19-9, and CEA may be helpful in supporting a diagnosis of cholan-giocarcinoma in PSC patients, but there was no PSC evidence in our patient.

In Korea, a nationwide deceased donor liver graft allocation system was put into place in February 2000 after the establishment of the Korean Network for Organ Sharing, whose allocation system was based on the Child-Turcotte-Pugh score. Since June 2016, there has been a change in the allocation system based on the MELD score.11 Although the number of brain-dead organ donors in Korea has steadily increased, it is far from the number of people waiting for an LT of more than 6000 each year. After the MELD scoring system was applied, the mean MELD score for receiving a deceased donor LT was determined as 36.8.12 In Korea, recipients with no living donors and low MELD scores have no choice but to proceed with transplant with transplant with carefully used marginal grafts such as those from elderly individuals and fatty liver grafts.

In our case, in the absence of a living donor, it was judged that it would be appropriate to transplant a liver from an older individual who showed little fatty change and looked good visually. Liver function after surgery was recovered without any particular problems.

As mentioned earlier, the use of liver grafts from donors greater than 60 years of age has increased due to a shortage of transplantable organs, along with an increase in the number of individuals on LT wait lists. The use of these older grafts at first had conflicting results. According to the United Network for Organ Sharing database, the proportion of liver donors aged >50 years increased from 2% to 17% between 1987 and 1992 and had a negative impact on 6-month graft survival. However, an expansion of donors was observed, with donor age gradually increasing from 50 to 80 years. Donors over 70 years of age did not show significant differences in patient and graft survival compared with donors younger than 70 years.13

However, caution should be taken when using grafts from elderly donors, as additional donor risk factors, such as steatosis or long-term ischemia, may increase the incidence of organ dysfunction. The use of tumor marker tests and CT scans as additions to other preoperative tests for older donors could be helpful in selecting grafts from older donors.

This case represents a very rare onset of malignant tumors in the transplanted hepatic graft. Our case is unique, as all previously reported de novo cases of IHCCC had undergone LT with previous PSC.

From the Department of Surgery, Kosin University Gospel Hospital, Kosin University College of Medicine, Busan, Korea
Acknowledgements: The authors have not received any funding or grants in support of the presented research or for the preparation of this work and have no declarations of potential conflicts of interest.
Corresponding author: Young Il Choi, Department of Surgery, Kosin University College of Medicine, 34 Amnam-dong, Seo-gu, Busan 602-703, Korea
Phone: +82 51 990 6462
E-mail: tsojc7@gmail.com 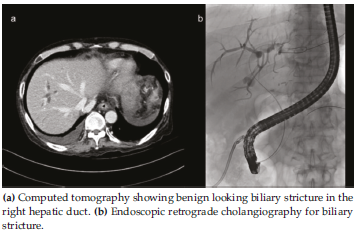 Figure 3. Images for Confirmation of Cholangiocarcinoma