CASE REPORT
Recovery From Severe Systemic Peripheral Neuropathy Secondary to Erythropoietic Protoporphyria by Liver Transplant: A Case Report
Masato Shizuku,1,2 Nobuhiko Kurata,1 Kanta Jobara,1 Taku Tanaka,3 Akimasa Fukuta,4 Mai Hatanaka (Iwata),5 Kazuhiro Hara,5 Masahisa Katsuno,5,6 Hajime Nakano,7 Yasuhiro Ogura1
Erythropoietic protoporphyria is a rare inherited metabolic disorder involving the heme biosynthesis pathway and leads to the accumulation of protopo-rphyrin in the erythrocytes or liver. Although peripheral neuropathy is known to develop occa-sionally in other types of porphyria, it rarely occurs in patients with erythropoietic protoporphyria. A 16-year-old boy was transferred to our hospital due to end-stage liver disease secondary to erythropoietic protoporphyria. Severe systemic peripheral neuropathy, similar to that presented in Guillain-Barré syndrome, developed; it was promptly managed with mechanical ventilation. Electrophysiological assessment of the presented neuropathy showed no responsiveness, indicating severe axonopathy. Six weeks after the transfer, liver transplant was performed. Postoperatively, hepatorenal syndromes improved immediately, and his erythrocyte protoporphyrin level decreased from 6291 to 174 ?g/dL red blood cells. The patient started to move his limbs gradually and was weaned from mechanical ventilation 2 months after liver transplant. Eventually, he was discharged from hospital and was able to ambulate with assistance 10 months after liver transplant. To our knowledge, this is the first report detailing the clinical course in a patient with erythropoietic protoporphyria who recovered from severe systemic peripheral neuropathy after liver transplant.

Erythropoietic protoporphyria (EPP) is a rare type of inherited porphyria characterized by protoporphyrin accumulation, which is caused by deficiency in ferrochelatase (FECH), an enzyme in the heme biosynthesis pathway. The incidence of EPP ranges from 1:75?000 to 1:200?000.1,2 Approximately 20% to 30% of patients with EPP were reported to develop hepatic disorders due to inadequate biliary excretion of protoporphyrin.1,3 With the progression of hepatic damage, liver transplant (LT) is required to save the patient’s life. However, LT alone is insufficient, and a sequential bone marrow transplant after LT is needed to compensate for enzymatic insufficiency.4 Peripheral neuropathy is commonly observed in patients with acute intermittent porphyria (AIP) or variegate porphyria (VP) because of the accumulation of 5-aminolevulinic acid (ALA) and porphobilinogen (PBG).5,6 Although the mechanisms are not fully understood, severity of peripheral neuropathy varies from patient to patient. Notably, patients with EPP rarely present with peripheral neuropathy because EPP does not lead to accumulation of ALA or PBG. To date, there have been no reports on clinical course after LT for patients with EPP and severe systemic peripheral neuropathy. To our knowledge, this is the first report describing in detail the clinical course in a patient with EPP recovering from severe systemic peripheral neuropathy, which showed tremendous improvement in neurological manifestations after LT.

A 16-year-old boy was transferred to our hospital because of end-stage liver disease secondary to EPP, which is a type of porphyria caused by a sequence variation in the FECH gene. The DNA sequencing of the FECH gene was performed and revealed both deletion and nucleotide sequence variations, leading to a diagnosis of EPP. In addition, nucleotide sequence variation was detected in his father, whereas deletion was detected in his mother and younger brother. None of these family members presented with manifestations of EPP ((Figure 1)).

Two months prior to his transfer to our hospital, the patient presented with heat stroke, abdominal pain, and apparent jaundice. His liver function deteriorated rapidly before hospitalization. He developed severe coagulopathy, hepatic encephalopathy, and acute respiratory distress syndrome despite aggressive management, including plasma exchange and fresh-frozen plasma transfusion.

The patient was transferred to our hospital as a candidate for LT. His Model for End-Stage Liver Disease score was 38 and his Child-Pugh score was 13 (class C) on admission. Two weeks later, the patient developed systemic peripheral neuropathy with noted sensory impair-ment and was gradually unable to move all of his extremities as well as respiratory muscles; thus, mechanical ventilation was initiated ((Figure 2)A). Electrophysiological assessment of the neuropathy showed no response, indicating severe diffuse axonal injury, which is similar to that seen in Guillain-Barré syndrome (GBS). A nerve biopsy or cerebrospinal fluid analysis could not be performed due to severe coagulopathy. Instead, anti-monosialoganglioside/disialoganglioside-related antibodies and anti-N-acetylgalactosaminyl-disialog-anglioside 1a antibody, which are assumed to be correlated with GBS, were evaluated, but those tests were negative. Moreover, we checked the levels of creatine kinase, urinary ?-ALA, and urinary PBG, which could be possible indicators of neurological impairments, but those tests were within reference ranges (creatine kinase, 8 U/L; urinary ?-ALA, 0.5 mg/L; urinary PBG, 0.5 mg/d). Intravenous immunoglobulin had no positive effect, although the possibility of an overlapping status with VP was considered. Eventually, we assumed EPP orcritical illness polyneuropathy (CIP) was the cause of systemic severe peripheral neuropathy. However, we concluded that his severe systemic peripheral neuropathy was associated with EPP rather than with CIP, with regard to the protoporphyrin level at developing peripheral neuropathy ((Figure 2)A). Deceased donor liver transplant (DDLT) was performed under strict light protection using polyimide films to minimize ultraviolet light injury ((Figure 3)A and B). After DDLT, the patient’s liver dysfunction and hepatorenal syndrome improved rapidly. His erythrocyte protoporphyrin level decreased from 6291 (pretransplant) to 174 ?g/dL red blood cells (RBC) (on postoperative day 17) ((Figure 2)A). Erythrocyte protoporphyrin level was kept under 300 ?g/dL RBC during his hospital stay, which indicated that EPP management under special hospital conditions (ultraviolet light protection) was favorable. As for the rehabilitation course ((Figure 2)B), severe systemic peripheral neuropathy improved gradually. Approximately 1 month after DDLT, he recovered movement ability and recovered his sensory abilities of the extremities. Consequently, he was weaned from ventilation support 2 months after DDLT. As a result of enthusiastic rehabilitation effort, the patient was able to ambulate with assistance and discharged 10 months after DDLT.

Although the patient had anemia during hospital stay, the course of his outpatient clinic follow-up was acceptable. According to previous studies, administration of iron has a negative impact on the heme biosynthetic pathway; therefore, intermittent RBC transfusions were necessary to sustain a hemoglobin level of 9 to 10 g/dL. Thirteen months after DDLT, his liver function tests had gradually elevated. A liver biopsy confirmed hemosiderosis due to iron overload, which was likely caused by frequent RBC transfusions. Cessation of blood transfusion and administration of an iron-chelating agent quickly normalized liver function; thereafter, his hemoglobin levels were maintained at acceptable levels without RBC transfusions. His erythrocyte protoporphyrin levels at the outpatient clinic were slightly elevated compared with his in-hospital data ((Figure 2)A). Presently, the patient shows no clinical signs suggestive of EPP; however, the importance of close follow-up monitoring must be emphasized because the heme synthetic pathway of EPP has not yet been treated.

Peripheral neuropathy is a clinical manifestation of some types of porphyria, such as AIP, VP, hereditary coproporphyria, and ?-aminolevulinate dehydratase deficiency porphyria. However, peripheral neuropathy is considered a rare manifestation of EPP. In this report, we showed a patient with EPP who presented with severe systemic peripheral neuropathy that required management with a respiratory ventilator. However, these manifestations improved after DDLT and rehabilitation. Furthermore, this report may have potential clinical implications that patients with EPP and systemic severe peripheral neuropathy should be considered as LT candidates, regardless of whether the causes of systemic peripheral neuropathy were associated with EPP or CIP. Peripheral neuropathy caused by EPP is an uncommon manifestation, unlike with the other types of porphyria such as AIP, VP, ?-amino-levulinate dehydratase deficiency porphyria, and hereditary coproporphyria. To date, only a few reports have described neuropathy secondary to EPP.5,7,8 The previous report summarized briefly outcomes after LT in patients with EPP concomitant with neuropathy. However, there was scarce information on their clinical course regarding neuropathy.8 Our patient’s peripheral neuropathy was sufficiently severe to require mechanical ventilation, which is similar to conditions in patients with GBS. In other types of porphyria, accumulation of ?-ALA and PGB leads to peripheral neuropathy.5,6 However, in patients with EPP, only protoporphyrin accumulates, and increases in ?-ALA and PGB are not observed. Moreover, there has been a report on sensorimotor axonal polyneuropathy that occurred without hepatic failure.9 Although the mechanism of neuropathy in patients with EPP is unclear, including the association between neuropathy and hepatic failure, we assume 3 possibilities in this patient. First, accumulation of protoporphyrin may have been directly associated with peripheral neuropathy. Second, there was a possibility of overlap between EPP and another type of porphyria; however, this seemed unlikely with regard to the negative results of other conventional examinations for other types of porphyria. Third, there was a possibility of overlap between EPP and CIP; however, it would have been difficult to measure the degree of CIP involvement. Some issues remain to be addressed. One issue is the manner by which to treat EPP as a primary disease in the future. The fundamental treatment for EPP is sequential hematopoietic stem cell transplant (HSCT) after LT.10 However, patients with EPP in Japan cannot legally receive HSCT from the Japan Marrow Donor Program. In our case, a nucleotide sequence variation was found in the patient’s father, and genetic deletion was detected in his mother and younger brother ((Figure 1)). Therefore, any attempt to use HSCT samples from his family members would have been controversial. Unfortunately, previous studies have reported that liver disease related to EPP recurred in 30% to 60% of patients with EPP.11,12 Indeed, the erythrocyte protoporphyrin levels in this patient increased gradually up to approximately 1000 ?g/dL RBC ((Figure 2)A), although he presently appears to be asymptomatic. Further treatment strategy is a crucial issue for patients who are ineligible to receive HSCT treatment from a marrow donor program, like in Japan. Another issue is human leukocyte antigen (HLA) matching. The HLA matching in LT is less important, but this issue has a greater significance in HSCT in terms of graft-versus-host disease or with engraftment.13 In this case, we performed DDLT with an HLA-mismatched donor. There have been few reports on sequential HSCT in patients with EPP who received a transplanted donor liver with 6 HLA mismatches. Additionally, successful reports are limited.10,14 Although umbilical cord blood transplant may be a treatment option, case studies for this scenario are limited as well.15 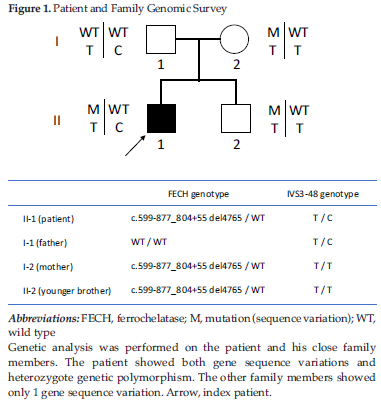 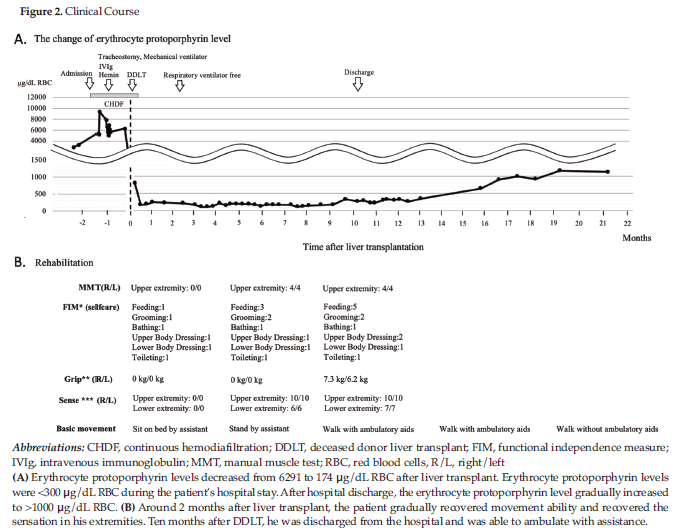 Figure 3. Operation Room (a) and Intraoperative Abdominal (B) View