Tacrolimus is the most important immunosuppressor in the field of kidney transplantation for the past 20 years. The therapeutic window for tacrolimus is narrow, so it is crucial to monitor therapeutic levels routinely during follow-up. For patients treated with tacrolimus, inadequate adherence associated with underexposure is an important risk factor for acute graft rejection and kidney graft failure.1 The prolonged-release formulation of tacrolimus was designed to simplify the immunosuppression regimen to a single daily dose and thereby improve adherence. The pharmacokinetic profile of tacrolimus is charac­terized by a high level of variability between patients (due to patient comorbidities or genetic enzyme variations, for example) and by significant intrapatient variability (that is, variability within a single patient, over time).2 Intrapatient variability of tacrolimus, regardless of the cause, has been associated with worse graft outcomes.3 In addition to nonadherence, other causes for a high intrapatient variability for tacrolimus levels are time of administration, food or drug interactions, or gastrointestinal tract (such as diarrhea) and liver dysfunction.

Some studies have reported a correlation between a high intrapatient variability for tacrolimus levels and biopsy-proven acute and chronic allograft rejection, as well as doubling of serum creatinine and development of de novo donor-specific antibodies and thus a higher risk of graft loss.4-8 To our knowledge, there are no published studies on tacrolimus treatment that have been restricted to the prolonged-release tacrolimus formulation, which is less susceptible to intrapatient variability as a result its single daily dose regimen.

The purpose of this study was to identify whether the intrapatient tacrolimus trough level variation coefficient (TVC) in prolonged-release formulations is a risk factor for biopsy-proven acute graft rejection and, if so, to determine the variation cutoff value.

We conducted a single-center observational retrospective cohort study analysis that included all patients (age ≥18 years) who received a kidney transplant from a deceased donor at the Coimbra University Hospital from January 2011 (when the prolonged-release tacrolimus formulation was introduced to our program) to December 2014. Patient data were collected through December 2019.

Induction immunosuppression was administered according to patient immunologic stratification (thymoglobulin for high-risk patients vs basiliximab or no induction for low-risk patients). All patients were treated with a triple-therapy maintenance immuno­sup­pression regimen of tacrolimus prolonged-release formulation (Advagraf), mycophenolate mofetil or mycophenolate sodium, and prednisolone. Patients with any change in immunosuppression throughout the study or association of an inhibitor of the mechanistic target of rapamycin were excluded; living donor recipients and multiorgan transplant recipients were also excluded. Target trough concentrations for tacrolimus were variable according to the time of follow-up (5-10 ng/mL for the first 3 months and 4-7 ng/mL thereafter). Patient tacrolimus trough levels were obtained according to our standard protocol (twice per week in the first month after transplant, weekly for months 2 and 3, every 2 weeks for months 4-6, monthly for months 7-12, and then once every 2-3 months thereafter).

Data regarding kidney recipient demographics were collected as well as all the data for tacrolimus trough levels during the full follow-up period. We excluded the erroneously high trough levels (defined as 5 times above the upper reference limit for tacrolimus trough levels) that may occur from ingestion of the drug immediately before the blood sample collection. To calculate the estimated glomerular filtration rate (eGFR) from serum creatinine, we used the original Modification of Diet in Renal Disease equation.9 Donor age, sex, weight, and immunologic transplant variables were also collected. The TVC was calculated from the trough level measurements for the full duration of follow-up, as the ratio of the standard deviation to the mean value (reported in %), and was tested as a continuous variable.

Patients were divided into 2 groups: those with or without any biopsy-proven acute graft rejection in that period (according to the 2017 Banff classification). Biopsies were performed for patients with a change in clinical/analytical status sufficient to raise concern for acute graft rejection (eg, acute kidney injury without any other underlining cause, sudden proteinuria, hematuria, or increase in donor-specific antibodies).

Statistical analyses
Statistical analyses were performed with the SPSS software (version 23.0). P < .05 was considered statistically significant. Data are presented as mean values with SD unless stated otherwise. Comparisons of means and frequencies of normally distributed variables were calculated with t tests and the chi-square test. The independent samples t test was used to compare TVC values between patients who had an acute graft rejection during follow-up versus those who did not. The receiver operating characteristic (ROC) curves and Youden index were used to identify a cutoff point for the TVC.

Twenty-nine patients (19.7%) had at least 1 biopsy-proven acute graft rejection episode during follow-up. Renal replacement therapy was similar in both groups. Patient weight at the time of transplant had no effect on the incidence of acute kidney rejection; comorbidities also had no effect. There was no correlation between acute kidney rejection and delayed graft function, PRA value, or HLA incompatibility. The TVC during follow-up was significantly higher (P = .002) in patients with acute graft rejection (mean, 44.7 ± 30.1%) versus patients without rejection (mean, 30.4 ± 19.3%). The value for the area under the ROC curve (Figure 1) was 0.72 for TVC, and the Youden index indicated a cutoff point of 28.3%, which allowed us to determine a greater likelihood for acute graft rejection. These results demonstrated sensitivity of 86.2%, specificity of 53.4%, negative predictive value of 94%, and positive predictive value of 31.4%.

In this sample, younger patients at the time of transplant were also associated with a statistically significant (P = .008) higher risk of acute graft rejection versus older patients. Logistic regression produced an odds ratio of 0.95, ie, as age decreased by 1 year, the risk of acute kidney rejection increased by 5%.

Our study showed that kidney transplant patients on a tacrolimus prolonged-release formulation who present with highly variable tacrolimus trough levels have higher risk for acute graft rejection. For this population, we found a cutoff point of 28.3% for TVC, with a high sensitivity and negative predictive value, which suggests that patients with a higher intrapatient variability are at higher risk for acute graft rejection. The low positive predictive value and specificity are justified by the sample size. Several other studies have shown that higher intrapatient variability for tacrolimus trough levels is associated with a higher risk of rejection and graft loss, but none had exclusively followed patients treated with the prolonged-release tacrolimus formulation.10-12 Since a high intrapatient variability for tacrolimus trough levels can increase the risk of both underim­munosuppression and overimmunosup­pression, such patients are not only at risk for acute graft rejection but also at risk for calcineurin inhibitor toxicity, malignancy, and infection. This risk may be avoided by rigorous adherence to a well-scheduled tacrolimus regimen that facilitates stable daily trough levels.

Contrary to other studies, in our study there was no significant correlation between acute graft rejection and renal replacement therapy duration, HLA compatibility, delayed graft function, or PRA.13,14

As identified in previous studies, younger kidney graft recipients in our population were more susceptible to acute kidney graft rejection versus older recipients.15,16 The reason for this may be that younger patients have a more robust immune systems compared with older patients.17

This study has several limitations inherent to its retrospective single-center design. In addition, because our study was restricted to patients with a single type of calcineurin inhibitor formulation, there was a consequential exclusion of patients with complications or with higher risk for acute graft rejection due to immunosuppression variables during follow-up. Therefore, these conclusions cannot be extrapolated to transplant recipients with different immunosuppression schemes. Since the hospital did not have standard protocols for graft biopsies at the time, we cannot exclude the underdiagnosis of subclinical graft rejection. Finally, we did not include donor-specific antibodies for analysis, because we had not yet established a routine screening protocol for a significant number of patients in our population.

From the 1Nephrology Department, Coimbra University Hospital, the 2Faculty of Medicine, Coimbra, and the 3Urology Department, Coimbra University Hospital, Coimbra, Portugal
Acknowledgements: The authors have not received any funding or grants in support of the presented research or for the preparation of this work and have no declarations of potential conflicts of interest.
Author contributions: FSM, CF, AG, and RA analyzed the data. FSM and CF interpreted the data. FSM, CF, LR, AG, AF, and RA drafted and revised the manuscript. FSM, CR, AG, and RA provided critical intellectual input. All authors approved the final version of the manuscript.
Corresponding author: Filipe dos Santos Mira, Rua Alfredo Lopes Xisto, No. 36, 3000-020 Coimbra, Portugal
Phone: +351 93 246 3036
E-mail: filipemira@netcabo.pt 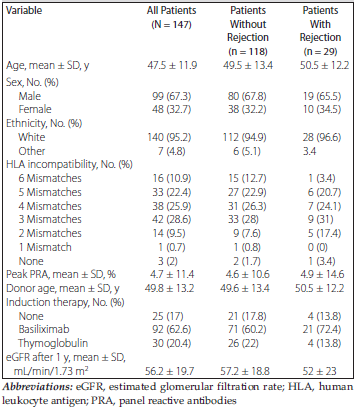 Table 1. Characteristics of the Population Followed in This Study 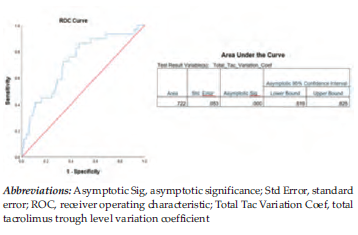 Figure 1. Area Under the Curve for Intrapatient Tacrolimus Variation