Rhizopus infection is an often-fatal complication after transplant. We present a 3-year-old pediatric patient with end-stage renal disease due to congenital hypoplastic kidneys who underwent deceased donor renal transplant. Approximately 3 months after transplant, the patient underwent renal biopsy for a presentation of fevers, acute kidney injury, and imaging evidence of hydronephrosis. The patient was found to have a Rhizopus infection of the transplanted kidney and underwent transplant nephrectomy. In addition to surgical debridement of the infection, the patient was treated with long-term antifungal therapy for complete eradication. After intervention, the patient has had no clinical or imaging evidence of residual or recurrent disease and has been reactivated on the transplant wait list. The positive outcome in this case highlights the importance of rapid diagnosis and treatment of a lethal complication.

The optimal treatment for pediatric patients with end-stage renal disease is renal transplant. To ensure graft survival, the recipient receives medications that suppress the immune system and leaves the patient vulnerable to infections, particularly viral and fungal infections.1 Infectious complications are a prominent cause of morbidity and mortality posttransplant. The most common site of posttransplant infection is the pulmonary system; however, the kidney graft, bloodstream, and gastrointestinal system can also become infected.1 Posttransplant infections involving fungi range from 2% to 11% and are most commonly Candida species, Aspergillus species, and mucor­mycosis class species.2,3 Frequent pathogens in this mucor­mycosis class include Rhizopus, Mucor, and Cunninghamella species.4 Although uncommon in the general population, these opportunistic infections can be lethal if there is a delay in diagnosis and management in the posttransplant setting.

Mucormycosis, while historically a rare fungal infection, has shown a significant increased preva­lence in the past decade, predominantly in immuno­compromised individuals.5 These organisms are found everywhere in nature, mostly within decaying fruits and vegetables as well as the soil. Humans are exposed to these fungi daily; however, infections remain infrequent in individuals with normal immune systems. Despite new methods for timely diagnosis, the mortality rate of mucormycosis infections remains high.3 Treatment often involves surgical debridement with antifungal therapy. In this case, we present a pediatric renal transplant recipient who developed a severe Rhizopus fungal infection that was successfully treated with allograft nep­hrectomy.

Informed consent was obtained from the patient/guardian to publish the included information and images.

A 3-year-old 16-kg patient with a history of end-stage renal disease due to congenital hypoplastic kidneys underwent successful deceased donor renal trans­plant. Posttransplant immunosuppression was initiated with basiliximab induction followed by conventional triple-drug immunosuppression including mycophenolate mofetil, tacrolimus, and methylprednisolone. Tacro­limus trough levels were consistently between 6 and 10 ng/mL. After an uneventful recovery, the patient was discharged on postoperative day 14 (POD14) with the above-mentioned triple-drug therapy regimen along with valganciclovir and trimet­hoprim-sulfamethoxazole for antiviral and antibac­terial prophylaxis, respec­tively.

The patient initially did well after hospitalization. On POD32, the asymptomatic patient was found to have an elevated creatinine level of 1.42 mg/dL from initial discharge baseline of 0.43 mg/dL, mild hydro­nephrosis, and hyperkalemia during preoperative assessment prior to planned transplant ureteral stent removal. The patient was treated empirically for acute rejection and infection with pulsed-dose steroids and ampicillin-sulbactam, respectively. The patient underwent stent exchange at that time. The urine culture was negative, and subsequent renal biopsy revealed no evidence of rejection or infection but did reveal signs consistent with tacrolimus toxicity. The stent was removed on POD45.

Despite subsequent clinical assessments that showed resolution of hydronephrosis and clinical improvement, on POD69 the patient was readmitted with an elevated creatinine of 0.96 mg/dL, fever of 102.4 °F, leukocytosis to 21 × 109 U/L, and significant pyuria indicative of possible rejection and/or pyelonephritis. The patient underwent initial empirical treatment with high-dose intravenous steroids, antibiotics, and change of calcineurin inhibitor from tacrolimus to cyclosporine. On POD75, the patient underwent a renal biopsy that demonstrated evidence of mucormycosis along with pyelonephritis. The patient was found to have an enlarged transplant graft and severe hydronephrosis but no evidence of distant spread (Figure 1). These findings, along with increased creatinine and persistent fever, dictated transplant nephrectomy, wide local debridement, and tunneled hemodialysis catheter placement on POD81. At this time, all immunosuppression was stopped, and antifungal therapy including amphotericin B and posaconazole was initiated. Operative findings included an edematous graft with thickening and occlusion of the ureter (Figure 2 and Figure 3). Diagnosis of mucormycosis with Rhizopus species was confirmed on explant pathology of the graft as well as throughout the ureter. Presence of residual fungus was noted at the margin of the ureteral resection, and the patient was returned to the operating room on POD91 for partial cystectomy at the site of original transplant ureter anastomosis. This subsequent resection margin of bladder was negative for fungal elements. Given multiple abdominal surgeries, significant adhesions, inflammation, and fungal infection, this pediatric patient was no longer suitable for peritoneal dialysis.

After successful surgical treatment, the patient was maintained on amphotericin B concomitantly with posaconazole and showed clinical improvement and no additional signs of infection. Amphotericin was discontinued after 6 weeks of treatment with confirmation of therapeutic levels of posaconazole, and this was continued for a total of 3 months after surgical intervention. The patient was eventually discharged on hemodialysis with routine imaging and rigorous clinical follow-up. Abdominal/pelvic computed tomography and positron emission tomography scans at 9 months after surgical intervention showed no evidence of residual or recurrent disease.

Over the next year, the patient’s course was marked by periodic hospitalizations for problematic hemodialysis access and dialysis catheter infections. This is an unfortunate but predictable complication for such a young patient relegated to hemodialysis. At the time of this writing, the patient has been free of infection and active on the transplant wait list for over 100 days with a panel-reactive antibody value of 99% while awaiting retransplant.

This report illustrates successful management of a rare but frequently lethal fungal infection in an extremely vulnerable population. Posttransplant infections are a major cause of mortality following pediatric renal transplant and contributes to ap­proximately 50% of deaths after transplant.6 Kennedy and colleagues observed a 30- and 180-day all-cause mortality rate of 42% and 56.7%, respectively, for patients diagnosed with mucormycosis infection.7 Infection-related hospitalizations have also increased over the past few decades, and a significant number require admission to the intensive care unit.7,8 There is speculation with regard to the increase in occurrence, with contribution from higher numbers of immuno­suppressed patients and incidental selection from different antifungal prophylaxis regimens.9

Fungal infections in particular have a significantly higher risk of graft loss compared with bacterial and viral infections.10 Although the evidence is limited, mucormycosis pathogens are especially dangerous in transplant recipients, with mortality rates that range from 20% to 100%.8,11 Even in patients who receive antifungal therapy and surgical intervention, the case fatality rate can still exceed 15%.9 Given the risk of graft failure and mortality related to fungal infections in posttransplant recipients, prompt detection and treatment are imperative.

Similar to our case, most patients with mucor­mycosis fungal infections present with nonspecific systemic signs and symptoms, including fever, malaise, and failure to thrive. This disease has various manifestations and affects multiple organs, most frequently the lungs. Mucormycosis pathogens can also infect the sinuses, intestine, graft kidney or become disseminated. Given the uncertainty of diagnosis with clinical presentation alone, micros­copy (direct and histopathologic) and culture are the modalities for accurate diagnosis of mucormycosis.5 Collection of specimens requires careful technique, given the fragility of mucoralean hyphae. Collections of damaged specimens often lead to negative culture results from otherwise positive specimens.9 Rhizopus is typically the most common species and accounts for more than 30% of mucormycosis cases.12 For localized disease, the optimal management is surgical resection and debridement of any necrotic tissue. In this report, pathology studies revealed a positive resection margin at the distal ureter that required additional intervention for complete surgical eradication. Beyond surgical resection, which is a proven independent factor of success, and discontinuation of predisposing factors such as immunosuppression, treatments with amphotericin B and posaconazole are the mainstays of comp­rehensive therapy.13 Many patients cannot tolerate the above-mentioned regimen of medical therapy and may require the substitution or addition of medications such as isavuconazole or other echinocandins.14

Infections following transplant remain a major source of mortality. Fungal infections are especially problematic, with limited data and guidance in the literature. This case shows effective treatment of a pediatric patient with a rare but severe allograft fungal infection that required surgical resection. The key for success to avoid mortality is prompt recognition and treatment. Admittedly, graft nephrec­tomy and the commitment to hemodialysis for a young child are never an easy decision. However, aggressive surgical intervention and long-term antibiotics were crucial elements to enable the survival of this patient, to clear this infection, and to be actively relisted for transplant. Further studies should aim to identify strategies for early recognition and diagnosis. 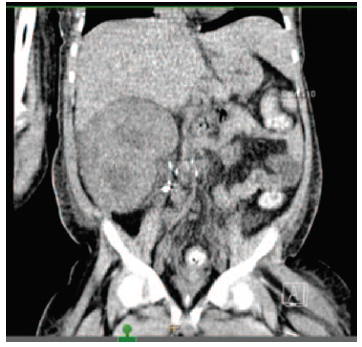 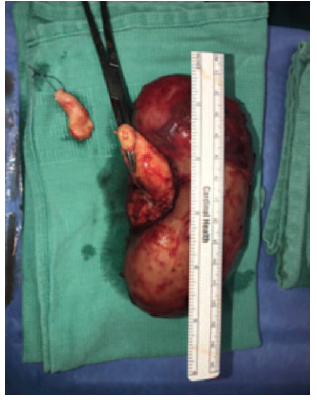 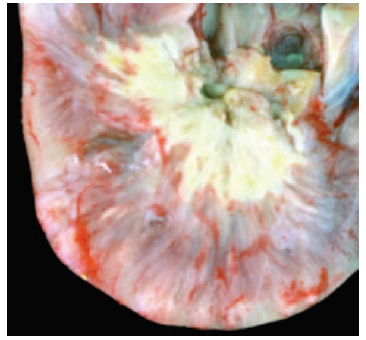