Liver transplant is well-known and the best curative method for patients with end-stage liver disease.1 Recently, living donor liver transplant (LDLT) is considered as the primary treatment option because of the shortage of deceased donors. Moreover, the recovery of the recipient’s liver condition is a priority, but of equal importance is the prevention of complications and assurance of safety for the living donor during LDLT.

To reduce the risk of complications for the recipient and donor, hepatic steatosis quantification and appropriate selection of the living donor are important during the pretransplant evaluation. As graft steatosis is an important element to determine graft function in recipients and recovery of remnant function in living donors,2 several invasive or noninvasive modalities to quantify hepatic steatosis have been selected and developed.

Percutaneous ultrasonography-guided liver biopsy is a relatively traditional and accurate method to quantify hepatic steatosis; however, in rare cases, it may cause major complications such as hemorrhage3 and pain. With the rapid advancement of medical imaging modalities, several noninvasive methods have recently been used to evaluate hepatic steatosis. Dual-energy computed tomography (CT) can determine the degree of hepatic steatosis and is correlated with histopathology liver biopsy results.4 However, a major concern in CT is radiation exposure. In addition, another disadvantage is that some pathologic abnormalities may cause CT to underestimate hepatic steatosis.5<

Patients
The study protocol was approved by the institutional review board of the Pusan National University Yangsan Hospital, Republic of Korea. A total of 239 patients who underwent living donor hepatectomy from May 2010 to May 2019 in our institution were included in this study. All donors underwent preoperative liver biopsy and MRI to examine hepatic steatosis. Magnetic resonance spectroscopy has been performed to evaluate liver donors since February 2016. Patients were divided into 2 groups: group 1 included 73 patients evaluated with preoperative MRI from August 2013 to January 2016, and group 2 included 82 patients evaluated with MRS. (Table 1)

Imaging technique
All MRIs were performed with a 3-T MRI scanner (MAGNETOM Skyra; Siemens). A combination of an 18-channel body matrix coil and a 24-channel spine matrix coil was used. A single-voxel MRS was performed 6 times with a high-speed T2-corrected multi-echo MRS technique to evaluate hepatic steatosis. We used localized imaging to place a 15 × 15 × 15-mm square-shaped region of interest in an area of normal appearance at the posterior segment of the right hepatic lobe (segment VI or VII) or the medial segment of the left hepatic lobe (segment IV), with special care to exclude large vessels, bile ducts, and focal hepatic lesions (Figure 1). The parameters were as follows: repetition time, 4000 ms; mixing time, 10 ms; and 5 echo times, 12, 24, 36, 48, and 72 ms. Each MRS acquisition was completed in 15 seconds during a single breath-hold.

The pathology grading system was used as the gold standard to determine the accuracy of the quantification of MRI and MRS. In this study, hepatic steatosis was divided into 4 stages: <5%, 5% to 10%, 11% to 15%, and >15%. For statistical analyses, histopathology data were separated into 2 groups, ie, normal liver (<5%) and fatty liver (>5%).

All statistical analyses were performed with SPSS software (version 26.0). P < .05 was considered significant.

Because of the shortage of deceased donors, LDLT is widely considered for the treatment of end-stage liver disease.1 The recovery of the recipient’s liver condition is a priority, but of equal importance is the prevention of complications and assurance of safety for the living donor during LDLT. In this process, the degree of hepatic steatosis in living donors is a major factor to determine the post-transplant prognosis of the donor and recipient.2

Recently, MRI has been used as a promising method to diagnose hepatic steatosis. The basis of this modality is the so-called chemical shift. The MR images of fat distribution are possibly identified with this chemical shift effect. The difference in resonance frequencies between hydrogen protons bound to the methylene groups of triglycerides (in fatty acid chains) and water protons is directly visible in magnetic resonance. Moreover, MR images may show fat distribution. For many years, MRS has been used to detect hepatic steatosis and is based on a study reported in 1993, in which Longo and colleagues revealed that fat volume traction in a steatotic liver could be achieved noninvasively with MRS.14,15 With these results, liver MRS is widely accepted as a fast, safe, and noninvasive alternative for quantification of hepatic steatosis. Therefore, MRS can effectively quantify hepatic steatosis without complications.

Traditionally, BMI was considered to be positively correlated with increases in steatosis. Some studies suggested that preoperative liver biopsy should be performed in donors with a BMI >27.5. Those candidates with a BMI <23 should not be indicated for this procedure. Individuals with a BMI of 23 to 27.5 should be evaluated for liver biopsy according to their preoperative biochemical or imaging results.16 In our study, BMI predicted the presence or absence of hepatic steatosis but was not statistically correlated with liver biopsy results. We believe this lack of correlation may have been caused by an unexpected liver biopsy result of 15% to 20% fatty change in 4 patients with a BMI of 22 to 23 (15%, 22.62; 15%, 23.40; 15%, 22.64; and 15%, 21.45). In our study, MRS was found to be a good modality with high sensitivity and specificity for the detection of steatosis, with a cutoff value of 3.75%. Previous studies reported that weight loss could improve the degree of hepatic steatosis.17,18 With this result, during the process of LDLT evaluation, if MRS of the donor showed >3.75% hepatic steatosis and high BMI of >27, then the donor was instructed to lose weight in order to improve hepatic steatosis. Chiang and colleagues reported the usefulness of MRI and MRS to evaluate living liver donors in a prospective study.19,20 These studies revealed that MRI and MRS are accurate methods to quantify hepatic steatosis for living liver donors. However, our study included both MRI and MRS results and demonstrated that MRS is a more reliable modality for the evaluation of living liver donors compared with MRI. Furthermore, during the assessment process of living liver donors, Suh and colleagues warned that the MRI technique with a small sampling volume cannot represent the remaining liver; rather, multifocal fat measurements for the whole liver are required to determine the exact hepatic steatosis.21

This study has some limitations. First, the number of cases is relatively small. Second, a selection bias may exist because of its retrospective design. Third, the financial cost is high. Magnetic resonance spectroscopy is an expensive modality in Korea, as in other countries. However, our national health insurance program provides MRS at low cost for a donor candidate selected for living donor hepatectomy.

Magnetic resonance spectroscopy has several benefits for quantification of hepatic steatosis during LDLT evaluation, including the noninvasive nature of MRS and the absence of radiation exposure. Moreover, preoperative MRS can help determine any anatomic variation of the bile duct, which improves the safety for the living donor. However, more clinical data and further studies are needed to ensure that preoperative MRS is essential, and high cost remains a limitation.

From the 1Division of Hepato-Biliary-Pancreatic Surgery and Transplantation and the 2Division of Radiology, Pusan National University, Yangsan Hospital, Yangsan, Korea
Acknowledgements: The authors have not received any funding or grants in support of the presented research or for the preparation of this work and have no declarations of potential conflicts of interest.
Corresponding author: Kwangho Yang, Division of HBP Surgery and Transplantation, Pusan National University Yangsan Hospital, 20, Geumo-ro, Mulgeum-eup, Yangsan-si, Gyeongsangnam-do, Republic of Korea
Phone: +82 55 360 2011
E-mail: ykrep@hanmail.net 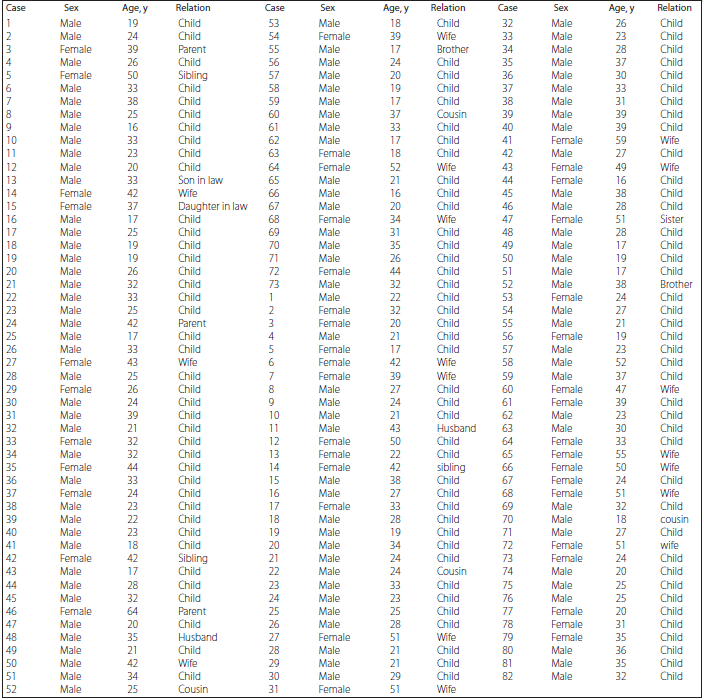