Dengue fever is a mosquito-borne viral illness that affects the tropical and subtropical regions of the world in endemic proportions. It presents as an acute febrile episode with short-resolving illness or as severe dengue with diffuse capillary leakage leading to shock, multiorgan dysfunction, and death.1 According to the World Health Organization report of 2019, although there was a decrease in the number of cases over the past 2 to 3 years, there has been recent sharp rise again, especially in endemic countries.2

The liver is the most common organ to be involved in dengue.1 Acute liver failure (ALF) has been described in about 7% of adults with dengue infections but is more commonly seen in children.3 Dengue fever is also considered an important cause of ALF in endemic regions. The incidence of severe hepatitis (> 10 times elevated transaminase levels) has been reported to range from 4% to 15% in the endemic countries of Southeast Asia. However, there are no clear guidelines or management strategies to prevent associated mortality.2

Here, we report a patient with dengue-related ALF and shock who was treated successfully with an emergency living donor liver transplant (LDLT). This is the first LDLT ever performed in such a scenario with a 9-month follow-up after surgery.

Our patient was a 29-year-old woman who was well until 2 weeks before presentation to our center when she developed intermittent high-grade fever. About 10 days after the start of her illness, she was admitted to a local hospital’s intensive care unit with fever and thrombocytopenia (47 000/mm3). She was shown to have 3 to 5 times elevation of aspartate amino­transferase (AST)/alanine aminotransferase (ALT) levels (130/238 U/L) but with normal serum bilirubin. The dengue NS1 antigen test performed on day 5 of her illness was positive. There was no history of paracetamol overdose or other drug intake. Over the course of her hospital admission, her platelet count dropped to 11 000/mm3, and she developed petechiae. She received 3 units of platelet-rich plasma. In addition, by day 5, she developed drowsiness, irritability, and altered sensorium. Levels of AST/ALT increased to 4625/1326 U/L, respectively, and the international normalized ratio (INR) was 2.01. A chest radiography showed mild haziness in the mid and lower zones of the right lung. An arterial blood-gas analysis showed compensated metabolic acidosis with lactate level of 10.2 mmol/L and hypoxemia.

She was referred to our unit for further management. She was electively intubated due to poor Glasgow coma score. Her laboratory evaluation showed total serum bilirubin of 4.9 mg/dL, AST/ALT of 6780/1884 U/L, alkaline phosphatase of 238 IU, albumin of 2.1 g/dL, and an INR of > 10 on multiple occasions over a 48-hour period. Lactate dehydrogenase levels ranged between 162 and 349 U/L on multiple occasions. Serum ammonia levels ranged between 380 and 405 μmol/L.

Dengue immunoglobulin G (IgG) and im­munoglob­ulin M (IgM) tests were positive. Malaria, typhoid, and leptospirosis evaluations were negative. The peripheral smear test was normal. Autoimmune, Wilson disease, prothrombotic, and hepatitis A, B, C, and E evaluations were negative. An ultrasonography scan of the abdomen showed no features of chronic liver disease. A gastroendoscopy revealed no abnormalities. The hepatocaval Doppler examination was normal. A dengue enzyme-linked immunosorbent assay was repeated, which showed positive IgM and IgG levels with an IgG/IgM ratio of less than 1.1.

In view of worsening liver functions, grossly deranged INR (> 10), severe metabolic acidosis, persistent hepatic encephalopathy not responding to conservative management, and onset of multiorgan dysfunction, a decision for an emergency LDLT was made.

Because this was the first time that an LDLT was being considered for dengue-related ALF, a multidis­ciplinary board meeting and the hospital’s Ethics Committee was consulted, and a plan for LDLT was agreed upon. After a psychiatric assessment of her 28-year-old brother, donor workup along with dengue NS1 and serology evaluations were performed.

She received an 836-g modified right lobe graft and tolerated the procedure well. She was shifted to the transplant intensive care unit for elective ventilation. Acidosis corrected overnight, allowing weaning of inotropic support. Triple drug immuno­suppression (tacrolimus, mycophenolate mofetil, and steroids) was started on postoperative day (POD) 2. Routine portocaval Doppler ultrasonography scans showed good inflow and outflow to the liver. A tracheostomy was done on POD3 anticipating a prolonged period of ventilation and the need for stopping sedation. She showed rapid recovery and improvement, and the tracheostomy was decannu­lated on POD6. Liver function tests and graft function remained satisfactory. The dengue polymerase chain reaction test done on POD7 was negative. She was discharged on POD18.

The explanted liver showed features of massive hepatic necrosis predominantly in zones 2 and 3 (Figure 1), and councilman bodies (Figure 2) were positive for dengue virus serotype 2. After liver transplant, the patient has been in good health with no complications and has been followed up for more than 9 months. The donor has also been in good health.

The mechanisms of injury in dengue ALF may be due to either direct injury to the liver cells by viral infection or indirectly by the cytokine storm and dysregulated host immune response.4 Common presentations include abdominal pain, anorexia, nausea, and vomiting.1

Acute liver failure in adult dengue patients tends to develop at a median of 7.5 days after the onset of fever.5 Our patient had no known comorbidities, jaundice to hepatic encephalopathy time was less than 1 week, and had no features of chronic liver disease. Hence, the case fit within the criteria of ALF.

The most common abnormality in dengue-related liver disease is increasing transaminase levels,1 with ALT more liver specific than AST. Although usually in dengue AST is more elevated than ALT, this is not necessarily seen in all cases. In our patient, ALT was higher than AST to begin with, but this reversed as the disease progressed. The initially higher ALT levels may suggest the severity of the liver injury that preceded the multiorgan damage and may explain the subsequently higher AST. There may be a significant overlap between AST and ALT levels in dengue-related liver failure. The typically elevated AST levels early in the illness may not be seen in all cases. High liver enzyme levels may depict a significant or worsening liver injury.1 It is essential to rule out other causes of acute hepatitis, as was done in this patient.6

The patient also was IgG and IgM positive at the time of testing, which was more than 2 weeks after start of the illness. Although IgG peaks late in the infection, it may begin to rise at 2 weeks of illness and could persist for up to 3 to 6 months. An elevated IgG early in the illness may suggest a prior undetected dengue or flavivirus infection.7 The IgG/IgM ratio of less than 1.1 suggests a secondary dengue infection. However, such differentiation may be vague in endemic regions.8

Liver biopsies in patients with dengue show necrosis, predominantly in zones 2 and 3 with councilman bodies, as in our case.9 Dengue serology examination performed on the tissue of our patient showed dengue virus serotype 2, which is a common cause of dengue in India.

The most common treatment advocated so far is best supportive care. Use of N-acetylcysteine has been reported to be useful in various case series.10 Molecular adsorbent recirculating system may reduce cytokines to tide over the ALF.11 These conservative measures are rarely effective in reversing the hemodynamic compromise and progression to organ failure in dengue, leaving liver transplant as the only viable option.12 Hence, failure of conservative therapy may be an indication for liver transplant in dengue-related liver failure.13

The management of patients with dengue-related ALF is challenging and often results in fatality, and there are few reports of successful conservative management. In view of poor general condition, severe hemodynamic instability, and multiorgan failure, liver transplant is often not considered in these situations.1 Furthermore, it is not clear whether the transplanted liver will be able to overcome the ongoing viral infection as there is lack of evidence for such a phenomenon. Gupta and associated reported a case of dengue virus transmission from a living liver donor to the recipient; hence, screening of the donor is essential.14

This report of the first case of LDLT performed for dengue-related ALF with long-term follow-up may encourage clinicians to consider LDLT in such patients who do not respond to conservative measures. Dengue hepatic failure is a significant cause of death in endemic regions, and a larger study group may provide a needed direction. 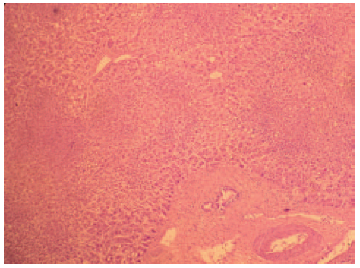 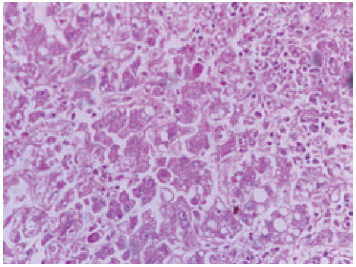