Lung toxicity is a rare but serious side effect of sirolimus, a mammalian target of rapamycin inhibitor used as an immunosuppressive agent in solid-organ transplant recipients. We report a case of 67-year-old man who had living-related renal transplant 12 years previously that was complicated by chronic allograft dysfunction. He presented with fever, cough, and shortness of breath, and his chest imaging showed bilateral patchy and ground glass opacities. Before symptoms of lung toxicity, the patient’s sirolimus levels were in the range of high normal. Bronchoalveolar lavage ruled out infection, and a transbronchial biopsy was inconclusive. A fluorodeoxyglucose positron emission tomogram scan showed high uptake in the area of lung opacities with a standard uptake value of 4.7. His symptoms improved after he was switched from sirolimus to tacrolimus, and a thoracic computed tomography scan after 6 weeks showed complete resolution. Pulmonary toxicity should be considered in any patient on sirolimus with respiratory symptoms and opacities on chest imaging. The role of fluorodeoxyglucose positron emission tomogram scan in evaluation of sirolimus-induced lung toxicity has not been previously described, and this is the first report of this type of scan finding indicating intense inflammation in this condition.

Sirolimus is a potent immunosuppressive agent that works as a mammalian target of rapamycin (mTOR) inhibitor. It is widely used in solid-organ transplant recipients to prevent graft rejection and to avoid possible side effects associated with other immuno­suppressive therapies.1 However, there have been rare but serious pulmonary adverse events reported that are related to sirolimus use.2,3 The patient usually presents with dry cough, fever, and dyspnea.4 Chest imaging does not show any specific pattern. It may include interstitial changes and areas of patchy or ground-glass opacities. The diagnosis is made after exclusion of infection, autoimmune, and toxic causes. Treatment is mainly discontinuation of sirolimus. Reducing the dose of sirolimus concomitant with use of steroids has shown success in resolving the pneumonitis. The role of fluorodeoxyglucose positron emission tomogram (FDG-PET) scans in the assessment of sirolimus-induced lung toxicity has not been described in the literature.

We report a case of sirolimus toxicity with its clinical and radiological features, diagnostic work-up, FDG-PET features, and management.

A 67-year-old man, who had living-related kidney transplant donated from his daughter for end-stage renal disease due to diabetes and hypertension 12 years previously, presented with fever, cough, and exertional dyspnea. He was initially prescribed tacrolimus and mycophenolate; however, because of complications of chronic allograft dysfunction, tacrolimus was changed to sirolimus. His sirolimus levels had been stable until a few weeks before presentation, when levels were at a higher therapeutic range.

Bronchoscopy, bronchoalveolar lavage, and transbronchial biopsy were performed. Cell count in lavage fluid showed 54% neutrophils, 12% lymphocytes, 14% monocytes, 3% eosinophils, and 5% lining cells. The fluid was negative for bacterial, fungal, and mycobacterial cultures. Cytology was negative for malignant cells, and special stains for acid fast bacillus and fungus were negative. There was no evidence of virus cytopathy. Bronchoalveolar lavage aspergillus galactomannan test was negative. No evidence of virus or atypical bacteria was observed by multiplex polymerase chain reaction. A serum TB-QuantiFERON test was nonreactive. Possibility of posttransplant lymphoproliferative disorders was suggested, but there was no evidence on transbronchial biopsy. Transbronchial biopsy showed alveolated lung tissue with infiltration of foamy macrophages and no evidence of malignant cells. Epstein-Barr virus by in situ hybridization was negative.

Serum sirolimus level was 8.5 ng/mL (therapeutic range, 4-11.9 ng/mL). Sirolimus levels in the weeks preceding admission for symptoms of lung toxicity were in the range of high normal (Figure 3A). After infections were ruled out, he was diagnosed to have sirolimus-induced lung injury. Sirolimus was discontinued and switched to tacrolimus. The patient continued to show clinical improvement, and his oxygen saturation became normal. On follow-up after 6 weeks, the patient was asymptomatic. A chest CT scan showed complete resolution of lung opacities (Figure 1B), and C-reactive protein level returned to normal (Figure 3B).

Sirolimus is a potent immunosuppressive agent used in solid-organ transplant recipients. It is produced by a strain of Streptomyces hygroscopicus and is an mTOR inhibitor.5 It is also an inhibitor of antigen-induced proliferation of T cells and B cells and blocks the activation of specific protein kinase, causing arrest of cell cycle in G1 phase. It has antiatherogenic and antineoplastic characteristics that promote immunologic tolerance, reducing the incidence of chronic allograft nephropathy. The lack of acute or chronic nephrotoxicity has given this drug an advantage over calcineurin inhibitors. The most common side effects of sirolimus are hyperlipidemia and myelosuppression, but other side effects such as impaired wound healing, edema, thrombotic microangiopathy, and pneumonitis have been reported.6 Although rare, sirolimus can cause serious pulmonary toxicity. Patients usually present with nonspecific symptoms, including fever, cough, shortness of breath, and fatigue.

There are no specific radiologic and pathologic findings in sirolimus lung toxicity.7 Chest imaging features of ground glass and interstitial opacities have been described. Lung biopsy features of organizing pneumonia, interstitial pneumonitis, focal necrotizing vasculitis, and nonspecific granulomatous inflammation have also been shown. Bronchoalveolar lavage is mostly lymphocytic, and it is a useful procedure to rule out infection.8

The diagnosis is mostly of exclusion, and clinical and radiological improvement after discontinuation of drug is confirmatory.9 There is no role of steroids in sirolimus lung toxicity except in patients who develop diffuse alveolar damage.

Several risk factors have been speculated in the development of lung toxicity, including initial loading dose, late switch to sirolimus, recent increase in dose, serum level, allograft dysfunction, hypervolemia, older age, male sex, and concomitant immunosup­pressive treatment.10 There is no relation to the duration of sirolimus use.

The pathophysiological mechanism of pneumonitis is not well understood. It is thought that an autoimmune response probably plays a part. In addition, delayed hypersensitivity and idiosyncratic mechanism may have roles in some patients.11

The role of FDG-PET scan in the assessment of patients with suspected sirolimus lung toxicity has not been reported. A high standard uptake value on FDG-PET scan can indicate intense inflammation in lung parenchyma and may explain high levels of C-reactive protein.

Pulmonary complications of sirolimus should be considered in any patient with solid-organ transplant on sirolimus who presents with respiratory symptoms and chest imaging abnormalities, especially interstitial and ground glass opacities. An FDG-PET scan may play a role in identifying pneumonitis induced by sirolimus. 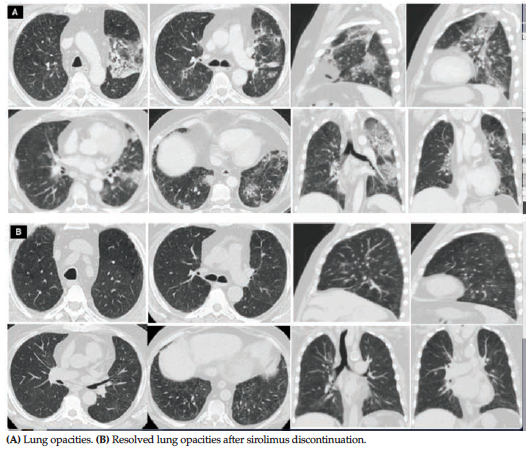 Figure 3. Sirolimus (a) and C-Reactive Protein (B) Levels