Materials and Methods: Using the Scientific Registry of Transplant Recipients database, we compared survival outcomes of 258 adults who received a liver allograft from older donors with thoracic organ recovery (group A) with 6006 patients who received liver allografts from older donor without thoracic organ recovery (group B). Furthermore, we performed a subgroup analysis matched for recipient and donor risk factors including presence of hypertension, diabetes mellitus, renal function, donor age, and use of inotropes. For the final analyses, there were 159 patients in group A and 468 in group B.

Conclusions: Liver procurement with or without recovery of thoracic organs from donors > 60 years old does not affect liver grafts and recipient outcomes in the short-term or long-term and should be encouraged.

There has been a steady increase in demand for solid-organ transplants in the past 2 decades.1,2 However, the donor pool has largely remained stagnant. To decrease wait list time and mortality for liver and thoracic organ transplants, the number of older candidates selected as donors is increasing.3,4 Several reports have suggested that survival outcomes for recipients of thoracic organs and livers are similar compared with younger donors, although many authors have suggested that these improvements may be the result of a higher level of care and consideration during the process of donor selection and recipient matching.5-9 With a shortage of donor organs, the selection of older donors is more prevalent than in the past. Simultaneous procurements of thoracic organ(s) from older donors have been reported, to increase the donor pool. It is postulated that the increase in cross-clamp time for liver recovery during simultaneous thoracic organ procurement could potentially worsen recipient and/or graft outcomes, more so when older donors are used. The increase in cross-clamp time could lead to primary nonfunction and may result an increase in the rate of 30-day retransplant or mortality5-7 or cholangiopathy in the long-term. After a comprehensive literature survey, we found no previously published studies on survival outcomes of liver transplant recipients who had received livers from older donors with simultaneous recovery of thoracic organs.

In this study, we compared survival rates for recipient and grafts for liver transplants from older donors (age > 60 years) when the liver was procured with (group A) or without simultaneous procurement of thoracic organs (group B).

We reviewed the United Network for Organ Sharing (UNOS) database from 1987 to 2010 after obtaining approval from the Institutional Review Board.5 The data included all liver recoveries from donors in the United States. The study population was divided into 2 groups. Group A consisted of simultaneous abdominal and thoracic organs procurement, and group B included procurement of abdominal organs only. Recipient survival, graft survival, and the rates of retransplant in both groups were calculated.

There was a total of 6322 older donors (age > 60 years) selected during the study period. There were 60 donors with inadequate data, and they were excluded from the study. Available cases for the study were divided into 2 groups. Group A (study group) included 258 recipients who had received livers from deceased donors with simultaneous thoracic organ recovery. Group B (control group) included 6006 recipients who had received livers from abdominal organ donors only. The demographic data for donors and recipients are presented in Tables 1 and 2, respectively. We accounted for the differences in donor and recipient risk factors and matched 159 donors from group A to 468 donors from group B for all variables (Table 3). The matched population data from groups A and B were then analyzed. All patients were followed up for a mean duration of 5 years. All of the donors were deceased.

Statistical analyses
All data are presented as mean values with standard deviation (SD). We performed comparisons of mean with 2-tailed t tests for continuous variables and with the Pearson chi-square test for categorical variables. We used the Kaplan-Meier method to estimate patient and graft survival, and we used the log-rank test (SPSS, version 25.0; SPSS, Inc.) to compare survival differences in the 2 groups. P < .05 was considered significant.

Although the overall recipient and graft survival rates in both groups were not statistically different, we did observe an apparent difference in survival at 5 years. The patient survival rate was 7.8% lower and the graft survival rate was 7.3% lower in group B compared with group A. All donors were > 60 years old in both groups. On detailed examination of demographics, we found significant differences in the risk factors between groups A and B. The mean values for donor age and for number of donors > 65 years old were significantly higher in group B. Mean serum creatinine values were higher in group B but did not reach statistical significance (P = .078). Also, rates of hypertension and diabetes mellitus were significantly higher in group B. In group A, the need for inotropes was significantly higher (Table 1). The differences between the donor and recipient characteristics in groups A and B were compatible. Therefore, the 159 donors from group A were matched for all the variables with the 468 donors in group B (Table 3). This matched population was then reexamined with regard to patient and graft survival.

In a review of literature for liver transplantation, Neipp and colleagues reported on 1208 transplants between 1990 and 2002.11 There were 67 donors who were > 60 years old and had outcomes similar to younger donors. Macedo and colleagues observed worse outcome from donors > 50 years old.12 They suggested closer monitoring of recipients when older donors are selected. Sampedro and colleagues showed similar outcomes for donors > 75 years old (n = 24) compared with donors < 75 years old (n = 174).13 The operative time was longer in older donors, and the authors suggest that careful donor selection may reduce recipient mortality and morbidity. Faber and colleagues examined 272 liver transplant recipients and divided the donors into the following age groups: < 50 years, from 50 to 59 years, from 60 to 69 years, and ≥ 70 years.7 They concluded similar rates of survival for patients and grafts; however, ischemic biliary lesion rates were significantly higher with donors ≥ 70 years old.7 Chapman and colleagues reported on 1036 adult recipients and showed comparable outcomes in graft and patient survival from donors ≥ 60 years old, regardless of recipient age, without an increase in complication rate.14 Bertuzzo and colleagues, in a single-center European study, concluded that the outcomes from liver donors > 70 years old were comparable, with appropriate donor management.15

For lung transplantation, DuBose and Salim suggested aggressive donor management to bridge the gap between organ supply and organ demand.18 Shigemura and colleagues reported a single-center experience with 593 lung transplants that included 87 of donors > 55 years old (14.7%).9 The outcomes were comparable with outcomes in younger donors < 55 years old. They observed increased mortality in transplants from older donors to older recipients with pulmonary hypertension or those requiring lung-cardiopulmonary bypass. However, they observed that donor age > 55 years should not be an exclusion criteria.9 They concluded that careful recipient selection criteria and meticulous surgical planning is required to improve outcomes.

In the present study, we have shown that in well-matched recipients and donors, the recipient and graft survival rates after liver transplant are comparable with those with and without simultaneous thoracic organ procurement.

From 1987 to 2010, less than 9% of the donors between the ages of 60 and 65 years were selected for combined thoracic and abdominal organ procurement. Our study shows that use of liver allografts from donors > 60 years old with or without simultaneous thoracic organ procurement has no effect on short-term or long-term and recipient or graft survival outcomes. Furthermore, survival outcomes were no different when donor characteristics were matched for age, presence of diabetes mellitus, hypertension, use of inotropes, and renal function. We conclude that procurement of thoracic organs with or without liver from donors > 60 years old does not affect long-term or short-term and liver graft or recipient outcomes and should be encouraged. 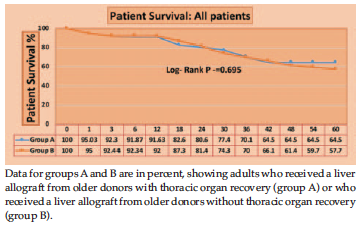 Figure 1. Patient Survival After Liver Transplant in Group A and Group B 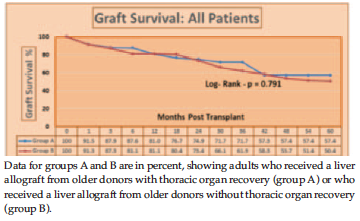 Figure 2. Graft Survival After Liver Transplant in Group A and Group B 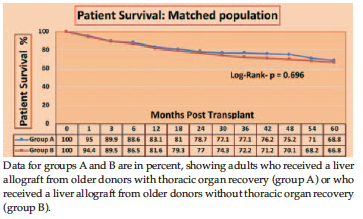 Figure 3. Patient Survival After Liver Transplant for Matched Population in Groups A and B 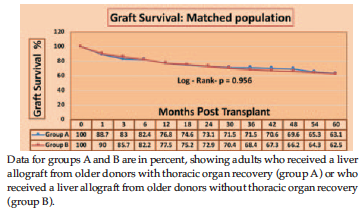 Figure 4. Graft Survival After Liver Transplant for Matched Population in Groups A and B 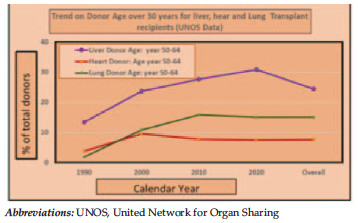 Figure 5. Trend in Older Organ Donor During the Past 30 Years 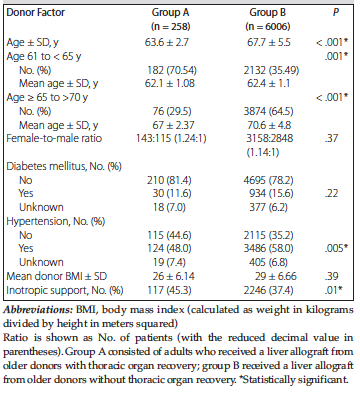 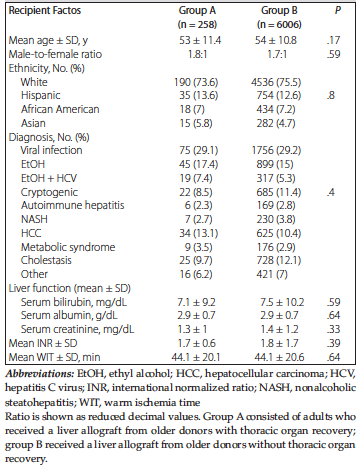 Table 3. Characteristics of Donors and Recipients