Kidney transplant is a choice option for treatment of chronic kidney failure because it is associated with cost-effective and normal quality of life. To increase the number of living kidney donors, laparoscopic and minimal invasive modalities have been introduced. Here, we present a case of a living donor with an extremely rare complication after laparoscopic donor nephrectomy that presented as massive chylous ascites. Kidney donor operation can be performed with the use of 3 modalities: traditional open, laparoscopic, and open with minimally invasive. All 3 modalities may be associated with some complications, including wound infection, hemorrhaging, and deep vein thrombosis. With regard to rare complications of chylous ascites after laparoscopic donor nephrectomy, few cases have been reported. To our knowledge, only 5 such cases have been reported thus far. Our patient, a 29-year-old male donor, received left donor nephrectomy via laparoscopy and was discharged 4 days later in good condition and without any problems. However, 3 weeks later, he presented with abdominal pain. During evaluation, massive ascites in the abdomen was observed and he was hospitalized. Abdominal paracentesis was performed and chylous ascites was diagnosed, and he was treated with conservative treatment, which included com­bined total parenteral nutrition, paracentesis, and octreotide. For this rare complication of massive chylous ascites after laparoscopic donor nephrectomy, treatment with total parenteral nutrition and octreotide can be used; however, care must be taken regarding clipping of the lymph vessel of hilum of the kidney during nephrectomy.

Kidney allografts from living kidney donors are associated with better graft and patient survival than the use of deceased donors.1,2 The results of related and unrelated donor allograft kidney transplant procedures are the same.3,4 A conventional approach for donor kidney nephrectomy is open nephrectomy; however, the use of minimally invasive procedures and laparoscopic nephrectomy have been suggested as ways to increase the number of voluntary kidney donors.

Donor nephrectomy could result in some morbidities and mortality. With laparoscopic donor nephrectomy, one complication that can occur is chylous ascites or lymph ascites, which can occur due to trauma or obstruction to lymph vessels or cisterna chyli and extravasation of lymph to peritoneal cavity. The ascites has a milky color and high triglyceride levels (more than 110 mg/dL).5,6 Until this time, only 5 such cases have been reported. Here, we introduce another case of massive chylous ascites from our center.

A 29-year-old male donor received left nephrectomy by laparoscopy; after an uneventful 4 days, he was discharged from the hospital. Three weeks later, he presented to our clinic with abdominal pain and reduced appetite. He was advised to receive laboratory tests and radiology scans (Figure 1) and was then advised to receive a spiral computed tomography scan without oral or intravenous contrast (Figure 2). The patient was hospitalized, and abdominal paracentesis was performed. Analyses showed a milky fluid with high triglyceride level (5430 mg/dL). The patient was treated with combined therapy, which included paracentesis, total parenteral nutrition, and octreotide. The patient received total parenteral nutrition for 2 weeks and 4 paracentesis procedures and 3 weeks of octreotide (50 µg subcutaneous 3times daily). After 3 weeks of treatment, the patient was discharged from the hospital in good condition and without ascites.

Massive chylous ascites is an extremely rare complication after laparoscopic donor nephrectomy, which may result in severe morbidity and mortality.7 For treatment of chylous ascites, somatostatin and combined therapy have been advised.8 In our patient, combined therapy that included paracentesis, total parenteral nutrition, and octreotide was effective. Octreotide reduces blood flow in the intestine and, through somatostatin receptors in the intestine, decreases lymph secretion, resulting in improvement of lymph ascites.8,9 Surgery for treatment of chylous ascites may be associated with mortality.10 More care with regard to clipping of the lymph vessel instead of thermal cautery could prevent chylous ascites.

With regard to leakage of lymph, the allograft kidney may be more involved in formation of the lymphocele11; for prevention of lymphocele, it has been advised that bipolar is more effective than monopolar vessel cautery.12 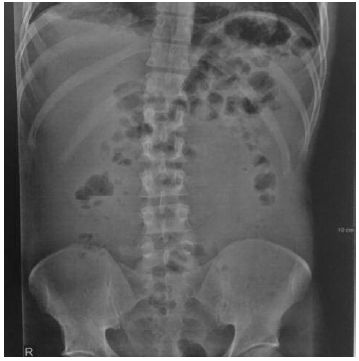 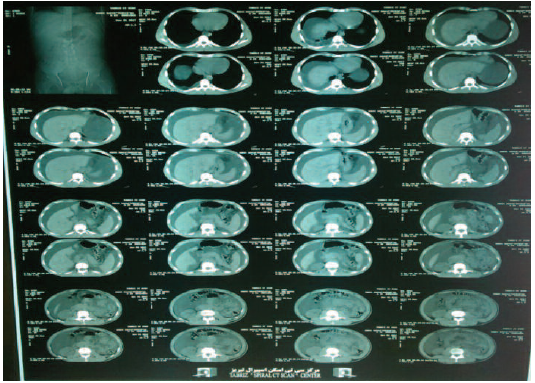