The use of organs from donors after circulatory deaths (DCDs) is an established strategy to enlarge the donor pool and can contribute to reduced time on transplant wait lists. Multiple studies have demonstrated acceptable early outcomes in the use of DCDs for both thoracic and abdominal organ transplant procedures.1 Greece is currently facing declining organ donation rates, which is influenced by a variety of factors, including medical, cultural, legal, ethical, and socioeconomic aspects.2 In this report, we present data from the International Registry in Organ Donation and Transplantation on all European countries with any DCD activity from 2013 to 2017. Our goal is to reflect and critically evaluate the trends of DCD utility in Europe. We also anticipate that the juxtaposed discussions will ring the alarm bells, and some national insights will emerge.

From 2013 to 2017, increased numbers of European countries have demonstrated DCD activity, with the number of countries increasing from only 10 in 2011 to 18 in 2017.3 In addition, there are several European countries planning to start a DCD program (ie, Cyprus, Estonia, Luxembourg, Slovak Republic, and Slovenia).3 Most of these countries (10 of 18) have demonstrated a consistent and sustained utility of DCDs, with the remaining countries showing a high heterogeneity of results. These variable patterns could be partially explained by the late adaptation of DCD protocols and the lack of available data. Differences in legislation, expertise, experience, and organizational factors may also be crucial factors. It is obvious that countries with experience and resources in transplantation have been able to steadily increase the number of DCDs during these years (ie, Belgium, Spain, United Kingdom, Italy). Because some countries have only demonstrated DCD activity for a few years (ie, Portugal, Lithuania, Sweden), the real trend may not yet be reliable (Figure 1A). Moreover, some countries (Spain, France) remain focused on uncontrolled DCDs (unexpected circulatory death outside of a care facility), and others (The Netherlands, United Kingdom) remain focused on controlled DCDs or perform transplants with both donor types.4 Finally, life-sustaining treatments practiced in the intensive care unit also can vary among the 18 countries.4

Greece is among the countries with no present or planned DCD protocol. Unfortunately, Greece also remains among countries that struggle with organ donation, with no more than 7 donors per million population over the past 5 years. In contrast, the majority of other European countries, that is, those that have adopted DCD protocols, demonstrated stable or even increasing donation rates, which are significantly higher than donation rates in Greece (Figure 1B). The crisis with regard to transplantation in Greece has resulted in rising morbidity and mortality for patients on wait lists and an efflux of patients seeking transplant abroad.5 However, Greece has an overall well-established organ transplant system,5 and establishing a DCD protocol might contribute to a reversal of this trend. However, we do acknowledge that application of DCD protocols can encounter restrictions imposed by national laws, organizational problems, and ethical considerations.

From the Transplantation Unit, Laikon General Hospital, Athens, Greece
Acknowledgements: The authors have no sources of funding for this study and have no conflicts of interest to declare.
Corresponding author: Diamantis I. Tsilimigras, Transplantation Unit, Laikon General Hospital, 17 Agiou Thoma str, 11527 Athens, Greece
Phone: +1 215 987 9177
E-mail: tsilidiam@gmail.com 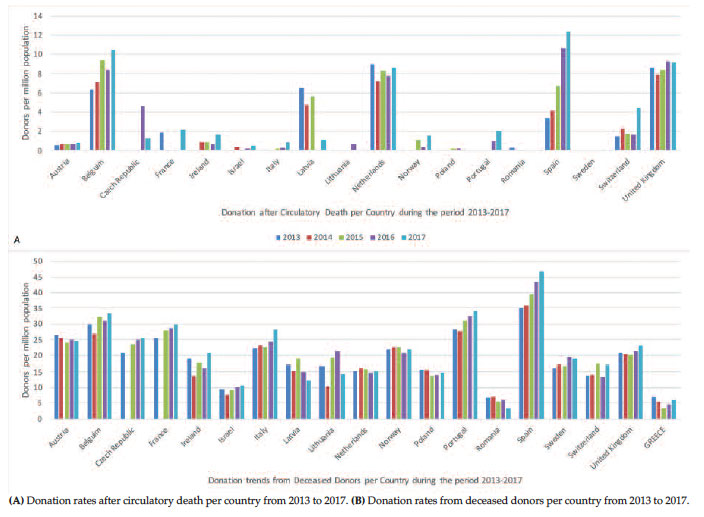 Figure 1. Transplant Donations Among European Countries From 2013 to 2017