Conclusions: Mycophenolate mofetil suspension is useful as part of immunosuppressive induction therapy after living-donor liver transplant because its concentration increases greater than that of mycophenolate mofetil capsules and because of the low risk of rejection and adverse events.

Liver transplant is the only life-saving, curative treatment for various end-stage liver diseases, and it has excellent survival rates.1-3 Mycophenolate mofetil (MMF) has been widely used as a co-medication for immunosuppression to allow a sparing effect on calcineurin inhibitors, thus reducing their various adverse effects.4,5

Mycophenolate mofetil is a morpholino ethyl ester of mycophenolic acid (MPA) that inhibits inosine monophosphate dehydrogenase, an enzyme required for purine biosynthesis.6,7 The immunosup­pressive effect of MMF in preventing acute rejection has been demonstrated in clinical trials of adult patients after liver transplant, when used in conjunction with cyclosporine and corticosteroids.8 Although a dose-ranging pilot study has evaluated the safety and tolerability of MMF for the prevention of acute rejection in patients after renal transplant,9 there have been few reports in the liver transplantation field.

Today, the lack of commercially available oral liquid dosage forms is an ongoing problem for patients who require oral administration after LDLT. In addition, it remains unclear whether the concentration in MMF capsules administered as part of induction immunosuppression therapy after liver transplant is enough for the prevention of acute rejection. Since MMF suspension became commer­cially available, especially for pediatric patients and patients who cannot ingest, we now administer MMF suspension via the enteral feeding tube that is inserted during transplant instead of MMF opened capsules.

In this study, our aim was to evaluate the safety, tolerability, and pharmacokinetics of MMF suspension versus MMF capsules as part of induction therapy in transplant recipients after living-donor liver transplant (LDLT).

Patient populations
Between July 2017 and April 2019, we retrospectively enrolled 20 adult primary LDLT recipients. All living donors were related to the recipients. Each recipient and each donor provided informed consent after we gained approval from ethics and indication com­mittees at our institution for each LDLT procedure. The study protocol conformed to the ethical guidelines of the Helsinki Declaration and was approved by our hospital’s Institutional Review Board (No. 2019-186).

Study groups and treatment
All patients received treatment with MMF (CellCept, Roche, Basel, Switzerland), tacrolimus (Prograf, Astellas Pharma US, Inc., Deerfield, IL, USA), and methylprednisolone. The 20 LDLT recipients were divided into 3 groups: group 1 (n = 6) received MMF suspension of 3000 mg/body twice a day, group 2 (n = 8) received MMF opened capsules of 3000 mg twice a day, and group 3 (n = 6) received MMF suspension of 2000 mg/body twice a day. Mycophenolate mofetil was started on postoperative day 1, with patients in the suspension groups receiving MMF via the enteral feeding tube whose tip was left at the jejunum about 20 cm anal side far from Treitz ligament during the surgical procedure. Tacrolimus was started at a dose of 2 mg twice daily on postoperative day 2 or 3. Tacrolimus dose was adjusted according to the patient’s clinical need with respective target whole blood trough levels of around 8 to 12 ng/mL for the first month after LDLT. A total of 1000 mg of methylprednisolone was injected just after portal vein and hepatic artery reperfusion of the graft. Methylprednisolone was tapered from 200 to 20 mg within 7 days.

Blood sampling and pharmacokinetics
Serial blood samples for analysis of MMF concen­tration were obtained at time 0 (predose) and at 1, 2, 4, 8, and 12 hours after starting MMF on postop­erative day 1. We calculated the pharmacokinetic parameter of MPA area under the plasma concen-tration time curve for 0 to 12 hours (AUC0-12h).

Safety and tolerability
The median follow-up duration was 302 days, and there were no mortalities. There was one biopsy-proven acute cellular rejection in the MMF suspension group (at 2000 mg/day), and there was a significant difference in frequency of acute cellular rejection episodes among the 3 groups. Opportunistic infections such as cytomegalovirus antigenemia were recorded in 5 patients (25%). There were no significant differences of frequency of positive cytomegalovirus antigen­emia, and there were no fungal or protozoan infections. There were no patients who needed a reduction of MMF because of leukopenia and diarrhea.

To date, MMF is one of the most important and successful key drugs as immunosuppression that does not harm the renal function after liver transplant.10,11 A recent prospective, randomized study underlined the important role of MMF in maintenance immunosuppressive protocols after liver transplant. Boudjema and associates showed that a combination of low-dose tacrolimus and MMF was associated with remarkable metabolic and renal benefits compared with a standard-dose tacrolimus protocol without MMF.12

Until MMF suspension became commercially available, we had administered the powder MMF from opened capsules as part of induction and maintenance immunosuppressive therapy after liver transplant. Moreover, the concentration of MMF was not measured because of a lack of a measurement system for MMF concentration. Therefore, there were the risks that the degraded dosage form of MMF capsules could significantly harm the patient. Moreover, medical caretakers also had a risk of being exposed to the MMF powder and may have had harm from MMF after opening the capsules. Reported toxic effects of MMF have included gastrointestinal disturbances, which are dose-dependent and include nausea, diarrhea, anorexia, abdominal cramps, and vomiting.13 Dose-related hematologic effects, such as anemia, leukopenia, neutropenia, and thrombocytopenia, have also been observed.14 Teratogenicity has also been reported.15

With regard to the aspect of monitoring MMF concentration, therapeutic drug monitoring (TDM) could optimize dosing, thus minimizing the adverse effects. Monitoring could also allow diverse trials to monitor and improve an applicable model of MMF dosing for liver transplant recipients. However, prospective randomized trials comparing monitored with nonmonitored MMF regimens have not been done to date, and the beneficial value of TDM for MMF is still debated.

An increased risk of acute rejection has been reported with MPA AUC0-12h values below 30 mg/h/L; more than 60 mg/h/L seems to provide only additional gain inefficacy.16-22 However, this result was generated with data from renal transplant recipients. In our study, the mean AUC0-12h in the MPA suspension 3000 mg group was 63 mg/h/L, and acute cellular rejection episodes did not occur.

In the MMF suspension 2000 mg group and the MMF capsule 3000 mg group, AUC0-12h was below 30 mg/h/L and there was 1 acute cellular rejection episode in the MMF suspension 2000 mg group. Because of the limited number of cases in our study, the application of TDM in liver transplantation remains questionable. Future studies should investigate optimal concentrations, such as trough or AUC, to prevent acute cellular rejection.

Mycophenolate mofetil suspension has only been recently commercially available; the lack of an oral liquid dosage form is an ongoing problem in many clinical settings such as for pediatric patients, patients who are unable to swallow the capsules, and patients who receive medications via nasogastric tubes. With a liquid type of MMF, it is possible to administer MMF to transplant recipients immediately after liver transplant. In our institution, as we have previously reported, administration of the calcineurin inhibitor was delayed to just after liver transplant according to our protocol.23 Therefore, with use of the feeding tube inserted until the jejunum during the transplant procedure, the liquid type of MMF can be used promptly to increase the AUC or trough of MMF. 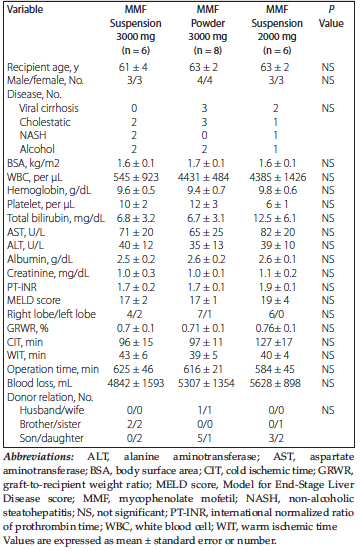 Table 2. Relationship Between Serum Concentrations and Area Under the Curve From 0 to 12 Hours in Patients With Mycophenolate Mofetil Suspension (n = 12) 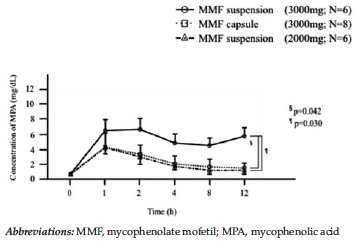 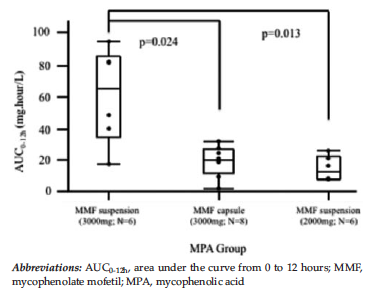 Figure 2. Box Plots of Area Under the Curve From 0 to 12 Hours 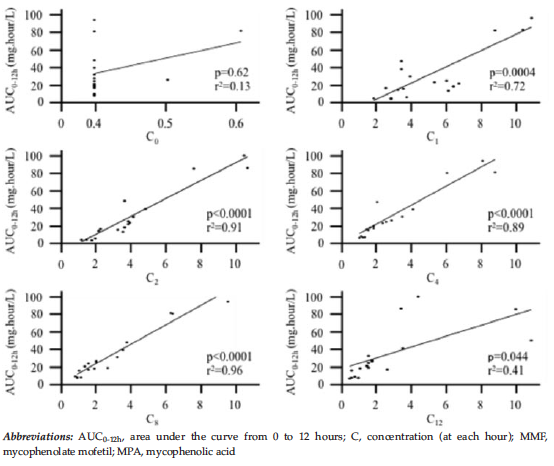 Figure 3. Correlation Between Serum Concentrations and Area Under the Curve From 0 to 12 Hours in Patients With Mycophenolate Suspension