Dr. Pekka Juha Häyry, age 80, passed away peacefully on Wednesday, April 29, 2020, after recent complications due to inflammation of the central nervous system.

He was a dearest friend, esteemed colleague, and former President of The Transplantation Society (TTS). On behalf of the entire transplant community, we are deeply saddened with this devastating loss; may he rest in peace.

Dr. Häyry was born in Vihti, Finland, on December 13, 1939. He received his MD and PhD degrees from the University of Helsinki and was Professor of Transplantation Surgery and Immunology at the University of Helsinki. His research interests were in experimental pathology and transplantation. A series of elegant experiments defining the sensitized cell populations infiltrating acutely rejecting grafts, initiated during a fellowship at the Wistar Institute in Philadelphia, continued to pour from his laboratory for many years thereafter, raising his scientific profile to great heights.

He was a talented surgeon. He was the Head of the Transplantation Laboratory at Helsinki University’s Haartman Institute and contributed greatly to biology in the field of transplantation. Since 2002, he was Professor of Clinical Surgery and Pathology at the University of Calgary.

Dr. Häyry was elected as a member of the Finnish Academy of Sciences in 1989 and served as the President of The Transplantation Society (TTS) between 1996 and 1998. He was awarded the Matti Äyräpää Prize in 1988. In 2006, he received the Medawar Prize, a major award in the field of transplantation.

Dr. Häyry’s talents included his passion for animals. For years, he raised sheep on his farm for the production of antisera. He also made substantial contributions to the Ancient Byzantium Orthodox Church. One of these involved preserving, cataloguing, and digitalizing the incomparable collection of ancient manuscripts in the library of the Patriarchate of Alexandria.

An important humanitarian activity was his organization of medical aid for the ill and the poor throughout the Middle East via the Patriarchate’s mercy hospitals.

He was married to Leena Saraste-Häyry, and they shared a lifetime filled with love, joy, and happiness. They faced all the difficulties of life together with strength and courage, and their love will live on forever. 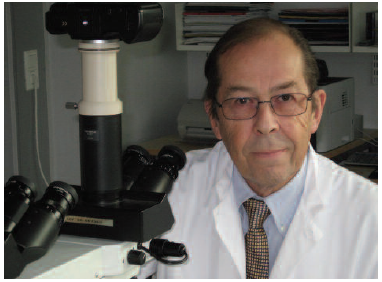