Here, we describe a case of occlusive hepatic artery thrombus in a liver procured from an 18-year-old deceased donor after circulatory death. The donor had died of multiple trauma following a road traffic collision. Occlusive thrombus was found at the hepatic artery bifurcation during back-table preparation. Consequently, the liver transplant did not proceed. We suggest careful assessment of hepatic arteries of all donor livers before transplant, particularly those from donors who are involved in deceleration injuries. Transplanting such livers may lead to primary nonfunction.

Liver transplant remains the mainstay of treatment for end-stage liver disease. The current shortage of organ donations has led to an increase in the use of "extended criteria donors" to meet the supply and demand of organ donation.1,2 Donor livers from traumatic abdo­minal injuries are therefore occasionally used for liver transplant.3

We describe a case of occlusive hepatic artery thrombus in a liver procured from a donor with multiple trauma following a road traffic collision.

An 18-year-old-male patient was admitted with blunt abdominal, chest, and head trauma following a road traffic collision. An abdominal computed tomography (CT) scan demonstrated multiple superficial liver lacerations. Twenty-four hours later, the full extent of the irreversible nature of the neurologic injury became apparent. The futility of further treatment was discussed with the family, and consent for organ donation was sought. Because criteria for brain stem death were not met, a donation from a donor after circulatory death was considered. The treatment was withdrawn by switching off the ventilator and extubation of endotracheal tube. Death was confirmed by the attending physician, and a "stand off" time of 5 minutes was observed before commencement of the surgical procedure of procurement.

The liver was perfused in situ with University of Wisconsin solution through the aorta and portal vein. The liver flush was satisfactory. The warm ischemia time from donor asystole to aortic perfusion was 11 minutes. On inspection of the liver, a superficial laceration was noted on the right lobe of the liver. Conventional arterial and portal venous anatomy was noted with no reported injury to hepatic artery, portal vein, hepatic veins, and inferior vena cava.

Liver transplant is the only viable treatment option for patients with end-stage liver disease. A shortage of donor organs for transplant is the main limiting factor for liver transplant, which has led to a 10% to 15% mortality rate for patients on wait lists.4 Expansion of donor selection criteria, including donation after circulatory death and "expanded criteria donor," and living-donor liver transplant have attempted to address this disparity. Unlike kidneys, there is no agreed definition of "expanded criteria livers." Donor livers with parenchymal injury as a result of trauma are considered expanded criteria and carry the risk of primary nonfunction, hemorrhage, intrahepatic abscesses, and pseudoaneurysm formation.5 Nevertheless, after careful assessment, some of these livers can be successfully utilized for liver transplant.

Acceptable graft and patient survival rates have been reported after transplant of traumatized livers both from donors after brain death and donors after cardiac death. Mehrabi and associates reviewed all published cases of liver transplant that utilized traumatized livers (n = 18).6 The liver injuries ranged from subcapsular hematoma, superficial laceration, to deep fractures. Most of the reported lacerations were in the right lobe. These were initially managed by any combination of pressure, suture, electrocautery, topical hemostatic agents, and packing. After transplant, there was primary nonfunction in 3 cases (17%), which required emergency retransplant. There were also poor initial function, liver abscess, biloma, and subhepatic abscess each in one case (5.5%). Six-month graft and patient survival rates were 71% and 88%, respectively. In a single-center series, Bova and associates reported similar outcomes in nontraumatized liver.7 With careful assessment and meticulous management, traumatized livers can be transplanted successfully. Because of the complexity of procurement, transplant, and subsequent care, experienced surgeons should carry out such procedures.

Blunt abdominal trauma is often associated with road traffic collisions due to deceleration and compression injuries and may result in a combination of vascular and parenchymal injuries. The liver is involved in 1% to 8% of blunt abdominal trauma cases.8 Liver parenchymal lacerations mostly involve the right lobe, can be multiple, and can be graded according to the appearance on CT scan findings.9 In our case, there were superficial liver lacerations to the right lobe and an occlusive hepatic artery thrombus at the hilum with intrahepatic extension.

Major vascular injuries involving the aorta and inferior vena cava are often fatal.10 Deceleration can lead to avulsion or intimal tear of the celiac and superior mesenteric axis at or near their retroperitoneal points of fixation. Avulsion of hepatic artery may also happen at the point of entry into the liver at the hilum. Such avulsions can go unnoticed if the adventitia is still intact. Intimal tear in contrast can lead to intramural or luminal thrombus formation. Avulsion of the peripancreatic branches of the portal vein can result in hemorrhage and hemodynamic compromise. A compression injury can cause parenchymal laceration and bleeding and may also cause intimal tears, leading to thrombosis. Intimal tears as a result of compression injury are more commonly seen in proximal renal artery but may also be seen in the branches of superior mesenteric artery and celiac axis.11

Traumatized livers may be considered for liver transplant with appropriate management. Active bleeding must be stopped before these livers are considered for donation, and major vascular injuries must be excluded by careful examination and review of imaging. Emergency CT scans with CT angiogram have been shown to underreport hepatic arterial injuries.15 Therefore, a thorough assessment of the hepatic vasculature by both the procurement surgeon and the implant surgeon is important. The presence of hepatic artery thrombosis in a traumatized liver is not consistent with liver transplant survival even after a successful thrombectomy and should be excluded before transplant. Donors with a history of deceleration and compression injury, such as with road traffic collision injuries, may have an occult avulsion or an intramural or occlusive thrombus. Livers from these donors should be carefully assessed and discarded if a thrombus or an avulsion is identified.

From the 1Department of Transplantation, St. James's University Hospital, Leeds; and the 2Institute of Liver Studies, King's College Hospital, London, United Kingdom
Acknowledgements: No financial assistance or funding was received in the preparation
of this manuscript. The authors of this manuscript have no conflicts of interest to
disclose.
Corresponding author: Nigel Heaton, Institute of Liver Studies, King's College Hospital, Denmark Hill, London SE5 9RS, UK
Phone: +44 20 32999000
E-mail: nigel.heaton@nhs.net 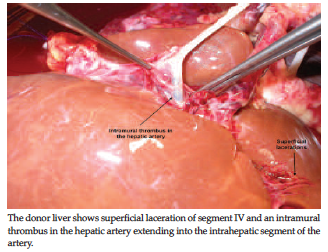 Figure 1. Liver From Donor After Circulatory Death Following a Road Traffic Collision Accident and After In Situ Flush and Procurement