Objectives: The wide gap between organ demand and supply has been exponentially increasing worldwide, resulting in longer wait lists for patients. In response, a few countries have started deceased-donor programs. Thus, establishing national self-sufficiency and optimizing the deceased donation process are crucial steps. Recently, a deceased-donor program was initiated in the United Arab Emirates, and a process is being implemented to enhance the donation rate and to decrease the number of missed organ donors. This study aimed to estimate the number of potential brain-dead donors and eligible donors who are medically suitable and have been declared dead based on neurologic criteria. Additionally, the study aimed to highlight latent obstacles that could add valuable strategic input for establishing a successful organ donation process for new programs.

Materials and Methods: For this retrospective study, we reviewed all patients who died at various intensive care units at Shaikh Khalifa Medical City (Abu Dhabi, UAE) from January 2018 to December 2018. Patients were classified as potential donors when meeting the neurologic criteria of brain dead and as eligible donors if no medical contraindication was shown. Barriers to donation were analyzed systematically.

Results: In 2018, 411 inpatient deaths were recorded. Of the 39 patients identified as potentially brain dead, 25 were confirmed as brain dead, with 20 of these con­firmed as eligible donors. However, none were conver­ted to actual donors. The lack of proper identification and referral of potential organ donors constituted significant obstacles to the organ donation process.

Conclusions: This study described the potential organ donation program of our hospital and suggested a systemic approach that targets the system, organ/donor factors, and consent process to improve the donor conversion rate. New programs might benefit highly from in-house organ donation coordinators, the education and proactive collaboration of hospital staff, and organizational support and management.

Living-related donor organ transplant is the most common type of transplant in the Arab Gulf countries and mainly includes kidney and partial liver transplant procedures.1 Organs retrieved from living donors, however, are limited to available genetically related donors and only for specific organs (not the heart and lungs).2 The low donation rate explains the exponentially increasing gap between organ demand and supply. The reduced donation rate is a result of several factors: a small donor pool, a minimal consent rate, and a significant rate of missed organ donors.3 Therefore, a resolution must be sought to reduce lengthy patient wait lists.

Optimizing the deceased donation process is a crucial and rate-limiting step to ensure success in obtaining organs for transplant.4 In the UAE, a deceased-donor program was recently initiated and implemented to optimize the donation rate and to reduce missed organ donors. As defined by the critical pathway for deceased donation, estimating the number of potential and eligible donor adds valuable strategic input to facilitate better preparation.5

In this study, our objectives were to assess the number of potential brain-dead donors and to review the shortcomings and obstacles in the process of establishing a brain death diagnosis and donation approach at a large academic medical center in Abu Dhabi, UAE. In addition, although potential obstacles remain, a strategy to improve the successful procurement of organs is suggested.

This retrospective study reviewed all patients who died at the adult general intensive care unit (ICU), adult cardiac ICU, and pediatric ICU at Shaikh Khalifa Medical City (Abu Dhabi, UAE) from January 2018 to December 2018. A list of all patients who were declared dead from January 1, 2018 until December 30, 2018 was obtained from the hospital patient registry.

All patients underwent strict review, and the following data were extracted and recorded: age, biologic sex, religion, nationality, blood type, the referral ICU (adult general ICU, adult cardiac ICU, or pediatric ICU), underlying cause of death, and other significant medical comorbidities. Brain death examinations were based on UAE law and hospital policy. Patients were labeled as potentially brain dead if the Glasgow Coma Scale was 3 of 15 without sedation and associated with fixed dilated pupils. Patients were categorized as “potential donors” and “eligible donors” if they met the criteria of brain death and if they had no medical contraindication, respectively. The timing between the onset of fixed dilated pupils and performance of the first and second brain death examination was examined.

After the completion of brain death examination, characteristics of family members accepting the diagnosis and considering donation were recorded.

The Institutional Ethics Committee approved this study, and informed consent was waived due to its retrospective, observational nature; the study was in accordance with the Helsinki Declaration of 1975 (as revised in 1983). All statistical analyses were performed using the statistical package STATA, version 14.2 (StataCorp LP, College Station, TX, USA).

All potential brain-dead patients in our study underwent analysis by the United Network for Organ Sharing Policy Criteria for medical suitability. Of the total 25 confirmed brain-dead patients, 20 were medically suitable for organ donation. Other patients were not eligible due to malignancies, overwhelming sepsis, and multiorgan failures. An additional 8 patients were not subjected to brain death examination despite having no medical contraindications. Among the total cohort, 2 families who were approached for organ donation refused. In 6 patients, no family member was available to be approached. Of total potential donors, no deceased organ donations were performed. A pathway for deceased organ donor potential in the study cohort is depicted in Figure 1.

Deceased organ donation in the UAE is a relatively recent initiative that started shortly after the brain death law in 2016. To the best of our knowledge, this is the first study to describe the organ donation potential and eligibility at a tertiary academic center in the UAE. Our study showed that most potential donors belonged to nationalities and religious affiliations other than UAE and Islam, respectively. This is a valuable strategic input when allocating resources, educational campaigns, and anticipating specific obstacles, such as the availability of family members for consent. The inability to obtain consent due to unavailability of family members corresponded to a loss of 26% of eligible donors in our study.

In our study patients, the major reasons for brain death were cardiac arrest and intracranial hem­orrhage. Traumatic brain injury and road traffic accidents were uncommon causes in our hospital. The geographic location might explain this, being in the inner urban city and away from highways compared with other centers. However, because our hospital is a stroke center, it allowed an increased source of this subpopulation. These findings are similar to those performed in Qatar where brain hemorrhage was the most common cause of brain-dead organ donors.6

Dominguez-Gil and associates categorized the barriers to donation into 3 categories: system, donor/organ, and consent.5 System barriers comprise the failure to identify/refer potential donors and the failure to confirm brain death.8,9 System barriers constituted a significant obstacle in our study; these barriers require considerable attention to improve the donation process. Countries that have an in-hospital transplant coordinator team that is responsible for the entire process, from donor detection to organ retrieval and grafting, have shown significantly increased donation rates.10 In Spain, implementation of this approach resulted in many obstacles being overcome, such as unidentified donors and the reluctance to approach grieving families.11 Adopting a similar internal transplant coordinating unit in donor hospitals in the UAE should be considered as a priority to minimize system barriers before resorting to other more costly and controversial approaches regarding organ donor shortage issues. Moreover, education and proactive collaboration of frontline hospital staff are of paramount importance.9 This includes the provision and development of a proactive alert system and timely referral triggers. Hospital management could reinforce and maintain these activities through developing and monitoring some key performance indicators related to reco­gnition of brain death, the performance of brain death examinations, and the timely referral of possible organ donors.10

As significantly shown in our study and alluded to previously,5 consent is another barrier to organ donation. In the UAE, the particular demographic situation of donors (mostly non-national donors) makes the availability of next of kin for consent potentially challenging and time consuming. Creating a specific pathway that is supported by a govern­mental body is critical to overcoming many barriers such as fast track clearance for entry and other logistics (eg, exemption from visas, air tickets, accommodations, and living support for needy family members). In addition, ensuring the availability of trained individuals in obtaining consent will have a positive impact by decreasing the refusal rate.12 Studies have demonstrated an essential set of modifiable factors that can increase the acceptance rate while approaching families, including correct timing, appropriate settings, providing emotional support, and providing specific information concerning the nature of brain death.13 Although it was unclear which factors resulted in refusal in the 2 patients in our study, ensuring that these factors are included in the approach is favorably needed.

This study has potential limitations. Given its retrospective design, some of the available records were incomplete. Every effort was made to conscientiously follow a specific format to obtain comparable results. Furthermore, a random number of patients were reviewed by 2 reviewers to obtain excellent interrater reliability. Because this study was conducted at an academic center geographically located in the inner city, another limitation is its generalizability to other centers.

This study shed light on potential organ donation in the UAE, and some of the obstacles to the organ donation process have been highlighted. A strategic plan and some solutions based on evidence from high-performing systems were reviewed and suggested. New programs might benefit highly from in-house organ donation coordinators, education and proactive collaboration of hospital staff, and organizational support and management.12

From the Department of Critical Care, Shaikh Khalifa Medical City, Abu Dhabi, United Arab Emirates
Acknowledgements: To the best of our knowledge, the authors have no conflicts of interest, financial or otherwise. All authors have contributed sufficiently to the project to be included as authors.
Corresponding author: Musaab A. Ramsi, PICU, Shaikh Khalifa Medical City, Al Karamah Street, PO Box 51900, Abu Dhabi, UAE
Phone: +971 503315131
E-mail: Musaab.ali@gmail.com 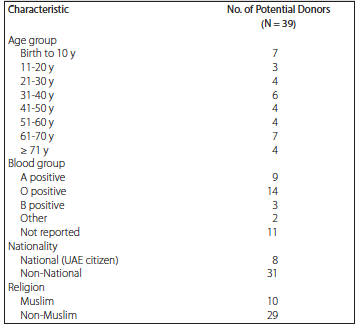 Table 2. Cause of Death in Potential Brain-Dead Organ Donors (N = 39) 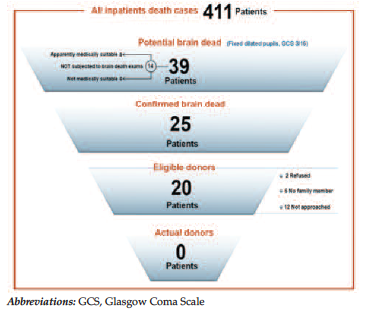 Figure 1. Pathway to Deceased Organ Donor Potential at Our Hospital, 2018