Objectives: Although livers from older donors (> 70 y) have been shown to be increasingly more efficiently used for transplant, donor comorbidities are con­sidered additional risk factors. This is quite intriguing as comorbidities are known to increase with advan­cing age in the donor population.

Materials and Methods: We assessed whether age and donor comorbidities influenced liver procurement over a 15-year period in a cohort of 1702 brain-dead donors in Tuscany, Italy.

Results: Over the study period, age of potential donors significantly increased (P = .02) as well as the proportion of patients who were > 55 years old. The incidence of hypertension, diabetes mellitus, and previously known coronary artery disease also significantly increased. We observed a progressive increase in the number of transplanted livers from donors with advancing age despite an increase in comorbidities. The highest incidences of traumatic brain injury and anoxic brain injury were observed in the youngest donors. Transaminase levels and use of vasoactive drugs were lower in donors who were ≥ 72 years old.

Conclusions: According to our results, criteria for liver donors have already changed. Although age does not seem to be a limiting factor, older donors deserve a more accurate donor selection due to the higher incidence of risk factors (primarily diabetes mellitus).

To increase the pool of donors for transplant, acceptance criteria for liver transplant have been expanded, including age of donor. Mean donor age was reported to increase from 25 years old in 1990 to 55 years old in 2016.6 Although livers from older donors (> 70 years old) are increasingly being more efficiently used for transplant,7 donor comorbidities, such as a history of diabetes mellitus, are considered additional risk factors.8,9 This is quite intriguing as the number of comorbidities increases with advancing age in the donor population.10

In the present investigation, we assessed whether age and donor comorbidities influenced liver transplant over a 15-year period in a cohort of 1702 brain-dead donors in Tuscany, Italy.

Design
In our retrospective analysis, we included brain-dead donors who had least one organ transplanted in the Tuscany Region (about 3.6 million residents) from 2001 to 2016.

Setting
During our time frame, we compared 2 different periods: from 2001 to 2008 and from 2009 to 2016. We chose these 2 periods based on the organizational transformation of the Tuscany Authorities for Transplantation, which was first initiated as a “programmatic organ” (2001-2008) organization until the full application of clinical governance (2009-2016).

Data collection
Diagnosis of death was confirmed by strict adherence to standardized clinical, neurologic, and electroencephalogram criteria in accordance with Italian law and related guidelines. Data were prospectively recorded and retrospectively analyzed.

The study was approved by the Institutional Review Board of Regional Authority for Trans­plantation and are in accordance with Helsinki Declaration of 1975. This investigation does not include posttransplant follow-up.

Donor management
All potential donors were managed according to standardized organizational practice guidelines,11 as we have previously described,10,12 including administration of inotropic agents to maintain mean arterial pressure > 70 mm Hg, the use of intravenous fluids to maintain central venous pressure of 6 to 10 mm Hg and urine output of 1.2 mL/kg/h, management of hemoglobin levels to ≥ 10 g/dL, electrolyte management, and ventilatory management (target partial pressure of oxygen ≥ 90 mm Hg).13 The use of vasoactive drugs and levels of systolic and diastolic blood pressure and heart rate were recorded.

Liver transplantation
At organ recovery, the liver, gall bladder, and choledochus have to have an adequate macroscopic appearance. If the liver appears congested, poorly perfused, steatotic, or fibrotic, it is rejected. In addition, if the sectioned choledochus appears poorly vascularized, the graft is not used. A liver graft biopsy was performed when necessary, depending on surgical evaluation at procurement. Steatosis was defined when macrovesicular steatosis of > 30% was present.8

Statistical analyses
Data were analyzed with the use of SPSS 20 statistical software (SPSS Inc, Chicago, IL, USA). A two-tailed P value < .05 was considered statistically significant. Categorical variables are reported as frequencies and percentages, and continuous variables are reported as means ± standard deviation. For continuous variables, between-group comparisons were made using t tests or analysis of variance (followed by Bonferroni posttests if overall P value was significant) or by means of Kruskal-Wallis H test. Categorical variables were compared with chi-square tests.

Between 2001 and 2016, there were 1704 brain-dead donors (Table 1). We observed a significant increase in the age of potential donors (P = .02) as well as the proportion of patients aged > 55 years. The incidence of hypertension, diabetes mellitus, and previously known coronary artery disease had significantly increased between 2001 to 2008 and 2009 to 2016 (Table 1).

Table 2 shows the clinical characteristics of donors according to tertiles of age. Progressive increases in the number of transplanted livers and in the incidence of comorbidities (diabetes, hypertension, coronary artery disease) were observed with increasing age. Smoking was less frequent in the oldest donors.

We observed differences among age tertiles in causes of brain death. The highest incidences of traumatic brain injury and anoxic brain injury were observed in the youngest brain-dead donors. Conversely, cerebral hemorrhage was most frequent in the oldest brain-dead donors. Transaminase levels and use of vasoactive drugs were lowest in the third tertile age group (those ≥ 72 years old) (Table 2).

In our investigation of 1702 brain-dead donors, the main findings are as follows: (1) despite a progressive increase in donor age and incidence of donor comorbidities (diabetes mellitus and hypertension), the number of liver transplants has significantly increased; (2) with advancing donor age, cerebro­vascular causes of brain death were the most frequent, whereas traumatic brain injury and postanoxic encephalopathy were the most rare causes of brain death; and (3) older donors had the lowest levels of transaminases and lowest use of vasoactive agents.

During our 15-year study period, donor age progressively increased, as reported previously by others and by us1-10; this phenomenon was associated with changes in cause of death, with traumatic brain injury and postanoxic encephalopathy occurring less frequently over time. In addition, we found that clinical practices of procurement and transplantation had changed, with donor criteria for liver transplant also changing and older livers being more frequently considered for transplant in recent years. This stems from the urgent need faced by transplant centers with regard to increasing numbers of candidates on liver transplant wait lists and the epidemiologic changes in donor characteristics. In this context, liver procurement (that is, donor selection) has become more challenging. From our study findings, there are 2 important factors with regard to liver transplant from brain-dead donors: donor risk profile and donor management.

As demonstrated here and reported by others,1-10 donor age is not a limiting factor for transplant. The aging process affects the liver slowly and is not reflected by results shown in laboratory testing.14 A decline in hepatobiliary function and reduced hepatic and bile flow have been described together with a moderate reduction in cytochrome P450 content.15 Hepatocyte volume is reduced with fewer larger hepatocytes, which can diminish the mass of functional hepatocytes even when total mass is unchanged. Despite conflicting results on outcomes of transplanted livers from older donors, there is mounting evidence that the use of older donors (even those beyond age 80 years) can have excellent outcomes.16-20

In our study, in which we specifically focused on donor risk factors, we found that older livers are increasingly considered for transplant despite the increased number of risk factors in this older population, including incidence of diabetes mellitus. A history of diabetes mellitus in donors has been shown to predict ischemic-type biliary lesions after transplant when livers from donors who are greater than 80 years old are used.21

Donor hypertension and coronary artery disease have not to date been specifically investigated in liver procurement, but they do not seem to influence liver procurement in our series. We hypothesized why older livers from donors with risks factors (primarily diabetes mellitus) are increasingly recovered. First, causes of death in brain dead donors have changed, with a progressive reduction in traumatic brain injury and postanoxic encephalopathy (which are known to be associated with donor hemodynamic instability) in older donors. Hemodynamic stability seems to characterize donors who are ≥ 72 years old as inferred by the lower use of vasoactive drugs (and indirectly by lower heart rate). The lower values of transaminases observed in older donors may be explained by hemodynamic stability and a lesser incidence of traumatic and postanoxic liver injury.

In a recent study, Ghinolfi and associates8 from the Tuscany Liver Transplantation Center evaluated the use of elderly donors, stratifying donors into 2 groups (18-69 years old vs ≥ 70 years old). In their study of 1207 donors, in which some donors came from extraregional procurement centers (255/1207, 21%), the investigators concluded that, after removing possible confounders for risk of graft loss, use of elderly grafts was not associated with an increased risk of HCV-related death, overall graft dysfunction, or vascular or biliary complications. Similarly, our data suggest that age does not seem to be a limiting factor for transplant outcomes; however, older donors require a more accurate donor selection due to the higher incidence of risk factors (primarily diabetes mellitus).

Study limitations
This is an observational investigation. However, it does include a large number of potential donors enrolled over a 15-year period. Therefore, the results may allow insights in the demographic charac­teristics of potential donors in our region and in the organ transplant system.

Table 1. Comparison Between the 2 Study Periods 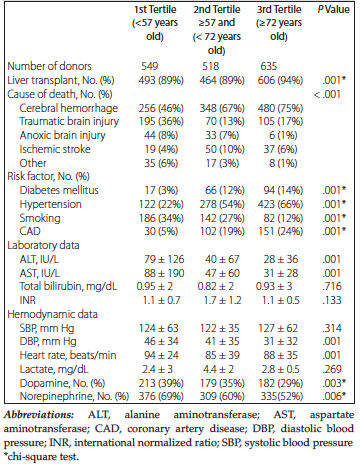 Table 3. Reasons for Not Proceeding With Transplant