Graft-versus-host-disease after orthotopic liver transplant is a rare and life-threatening complication. The diagnosis is challenging and usually confirmed by chimerism and skin biopsies. The most common cause of death is sepsis (60%), and broad-spectrum antibiotics and antifungal prophylaxis are strongly recommended. We present a case of a 61-year-old man with hepatocellular carcinoma and a previous history of metabolic and alcoholic cirrhosis who underwent orthotopic liver transplant. The immunosuppression regimen consisted of corticosteroids, calcineurin inhibitor, and mammalian target of rapamycin complex 1 inhibitor. Nine days after surgery, the patient developed leukopenia and skin rash. After confirmation of graft-versus-host disease by chimerism and skin biopsy, etanercept, a novel anti-tumor necrosis factor-alpha drug used for patients with hematologic and rheumatologic disease, was administrated. Unfortunately, no clinical improvements or bone marrow recovery were noted, and the patient had subsequent fatal sepsis due to Enterococcus faecium, Aspergillus fumigatus, and viral superinfection. There are no US Food and Drug Administration-approved treatments for graft-versus-host disease after orthotopic liver transplant. The main risk factors are recipients > 50 years old, patients with glucose intolerance, patients transplanted due to hepatocellular carcinoma, donor-recipient age difference of > 20 years, and any HLA-class I match. In accordance with the literature, we suggest early use of broad-spectrum antibiotics and antifungal drugs during etanercept treatment. In addition, because of substantially higher risk for severe sepsis, we strongly recommend adding an antiviral prophylaxis to prevent Cytomegalovirus reactivation or unexpected superinfection.

The incidence of acute graft-versus-host disease (GVHD) after orthotopic liver transplant (OLT) is between 0.5% and 1%.1 It occurs when donor lymphocytes from the transplanted liver graft undergo activation and clonal expansion, causing an alloreactive T-cell response to recipient tissues mediated by cytotoxic T cells and inflammatory cytokines.2 It could evolve into a severe multisystem disease with a mortality rate of around 85%.1 Usually, it presents with fever, diarrhea, rash, and pancytopenia, without involving liver function if it occurs after OLT.3,4 The diagnosis is difficult and frequently confirmed by chimerism.5 The therapeutic management is not clear, but recovery has occasionally occurred after anti-tumor necrosis factor-alpha (TNF-α) therapy.2,5-8

We present our experiences with a patient who developed GVHD after OLT and who was treated with etanercept, a novel therapy but one with a substantial risk for infection, which can dramatically increase morbidity and mortality.9,10

A 61-year-old man was admitted to our hospital in 2014 with a diagnosis of hepatocellular carcinoma and a previous history of metabolic and alcoholic disease. The patient presented with severe com­plications of liver cirrhosis (refractory ascites, portal hypertensive gastropathy, portal vein thrombosis, and esophageal varices).

At admission in 2014, a computed tomography scan revealed a lesion of hepatocellular carcinoma in the right liver lobe, which was treated with thermoablation. The patient developed 2 new ones in 2016, as well as had many episodes of spontaneous bacterial peritonitis (due to Escherichia coli and Klebsiella pneumoniae).

The patient underwent OLT in November 2016. His Model for End-Stage Liver Disease score was approximately 12; he was seronegative for Cytomegalovirus (CMV), Epstein-Barr virus, Coxsackie virus, and herpes simplex virus. Total blood loss during the surgery was 800 mL, and the patient did not receive any blood products. Orthotopic liver transplant was conducted using the "piggy-back" technique. The warm ischemia time was 43 minutes, and the cold ischemia time was 357 minutes.

The donor was a 41-year-old male patient who had died of a heart attack due to torsades de pointes. His HLA class, determined by serology, was HLA-A3, HLA-A31, HLA-B18, HLA-B51, HLA-DR17, HLA-DR11, HLA-DQ7, and HLA-DQ2. Crossmatch tests with the recipient's serum were negative. The blood groups were both O Rh-positive.

The recipient's posttransplant immunosuppression regimen consisted of induction with methylpred­nisolone at 20 mg/day from postoperative day (POD) 1, tacrolimus at 0.075 mg/kg/day from POD3, and everolimus at 3 mg/day from POD7. From POD9, the patient developed leukopenia, with subsequent decreases in hemoglobin and platelet counts (Figure 1A).

The patient was promptly treated with broad-spectrum antibiotics (meropenem and daptomycin after a standard perioperative prophylaxis) and antifungal prophylaxis (caspofungin). On POD9, treatment with everolimus was stopped, tacrolimus was administered discontinuously (based on daily white blood cell count), corticosteroid treatment was maintained, and granulocyte colony stimulating factors were given with transient benefit.

On POD19, the patient developed fever and diffuse skin rash, which started as scattered erythematous macules and papules. As the severity of GVHD increased, skin rash increased to a great percentage of the total body surface area. Cultures of blood, urine, and sputum for bacterial analyses and viral serologic tests were all negative.

Unfortunately, the patient's condition deteriorated rapidly, showing signs of systemic inflammatory response syndrome, and he was transferred to an intensive care unit. The patient's immunotherapy protocol was adjusted, with methylprednisolone at a higher dose (40 mg/day) and a lower dose of tacrolimus (0.04 mg/kg/day). In addition, etanercept (50 mg subcutaneously once per week) and antithymocyte globulin (ATG; 1.5 mg/kg/day for 3 days) as adjuvant therapy were started.

On POD25, the patient underwent a skin biopsy. Histologic examination, using hematoxylin and eosin staining, showed a slight parakeratosis and spongiosis and mild exocytosis of leukocytes in association with clusters of shrunken keratinocytes with pyknotic nuclei throughout the epidermis (Figure 2A). Immunohistochemistry for CD3, CD20, and CD15 confirmed that exocytosis was mainly composed of T lymphocytes (CD3-positive) (Figure 2B), rare B lymphocytes (Figure 2C), and a few granulocytes (Figure 2D). The damaged keratinocytes, accompanied by 2 or more T lymphocytes, produced the typical appearance of "satellite cell necrosis." After we ruled out other entities with similar microscopic images, such as drug eruption, we found that the overall histologic features were consistent with acute cutaneous localization of GVHD.

From POD27, using molecular techniques, we constantly detected donor lymphocytes in the patient's peripheral blood. However, this technique was only qualitative, and chimerism could not be quantified.

Despite anti-TNF-α drug administration, no clinical or bone marrow improvements were noted (Figure 1A), but his liver function and coagulation tests remained stable (Figure 1B). Moreover, the patient developed florid watery diarrhea with progression to enteritis, severe protein malnutrition, and persistent intestinal bleeding.

On POD37, the patient's course was complicated by infection with Enterococcus faecium (detected on blood cultures), Aspergillus fumigatus (determined by galactomannan assay), and CMV (determined by polymerase chain reaction). Because the patient had already been treated with broad-spectrum antibiotics and antifungal drugs, an antiviral therapy (ganciclovir at 5 mg/kg/d) was promptly added. The patient subsequently developed fatal septic shock and died of multiple organ failure 48 hours later.

Graft-versus-host disease is a rare complication occurring after OLT.1,11-13 The common cause of death is sepsis, complicated by multiple organ failure and gastrointestinal bleeding. Frequent infectious agents include fungal (64%), enterococci (28%), and Enterobacter species (8%).2 In a recent systemic review, Murali and associates analyzed 80 articles with a total of 156 cases of GVHD in adult OLT recipients in which only 37 patients survived.2

Acute GVHD typically occurs 1 to 8 weeks after OLT, and symptoms are often unspecific.14 In our patient, leukopenia started 9 days after OLT. It temporarily improved after administration of granulocyte colony-stimulating factors and suspension of everolimus. Fever and skin rash appeared 10 days later and diarrhea on POD33. Broad-spectrum antibiotics and antifungal prophylaxis were promptly started but that was not enough to prevent fatal infections.15-17

Graft-versus-host disease requires both a relatively immunocompromised host and a donor, and it usually evolves in 3 phases. First, the recipient is immunocompromised owing to the pretransplant liver disease, the physiologic stress of surgery, and the use of posttransplant immunosuppressants. Second, donor lymphocytes become activated after interaction with the host antigen-presenting cells, triggering interleukin 2 dependent proliferation with predominantly T-helper type 1 differentiation, which overwhelms the host's compromised immune system. Third, the cytotoxic donor T lymphocytes target antigens expressed by host tissue, leading to cell death and tissue dysfunction and ultimately to a large amount of inflammatory cytokines being released (interleukin 2, TNF-α).8,18 Drugs have been recently developed to prevent these 3 described stages, with one of the most important targets being TNF-α cytokines.

In the literature, 17 different protocols with TNF-α cytokine, predominantly for GVHD after hematopoietic stem cell transplant, have been described. Only 3 have resulted in mortality rates lower than 60% (specifically interleukin 2 antagonist + steroids, alefacept + steroids + ATG, and TNF-α inhibitor + steroids + ATG).2,5-8,18 Based on these recent findings, we decided to treat our patient with etanercept.

Some authors have recommended an early etanercept administration with the aim to optimize the efficacy, even when the patient's clinical presentation is vague.2,5-8 In our case, leukopenia and skin manifestations had started a few weeks after OLT, with diarrhea appearing later than expected. This fact was probably a misleading element for an early diagnosis of GVHD. The patient received platelet transfusions due to severe mucosal bleeding, and a persistent chimerism was confirmed from 3 different blood samples.

Antithymocyte globulin was used as adjuvant therapy, but this new therapeutic protocol might not be able to modulate donor lymphocytes, which prevailed and constantly reacted against host tissue. Six weeks after OLT, the patient developed systemic aspergillosis and CMV-related infection, which, although treated immediately, resulted in subsequent fatal multiple organ failure.

A bone marrow biopsy at autopsy showed marked hypocellularity, with a profound decrease in hematopoietic tissue and increase in marrow fat. Figure 3 shows a feature consistent with aplastic anemia, which results in a severe deficiency of all components of the immune system, irreversible immunosuppression, and loss of any defense against infections.

The recipient's viral serology was constantly monitored; despite the negative results shown in our patient, we strongly recommend addition of a viral prophylaxis (eg, ganciclovir 5 mg/kg/d for 3-6 mo after transplant) and antifungal drugs (eg, echinocandin or amphotericin B for at least 4-6 wk after OLT) to avoid viral superinfections.16,17,19

Our patient developed CMV-related infection more than 1 month after surgery. Opportunistic infections tend to occur 1 to 6 months after transplant, probably due to the cumulative effects of high-dose immunosuppression, mostly in cases of GVHD. Therefore, in cases of intensified immunosuppression and stress (eg, after massive blood transfusions), we suggest starting antiviral treatment as soon as possible, including when the donor-recipient combination is double negative (CMV negative in donor and recipient). The rapid viral replication dynamics in these high-risk patients may lead to the inability to detect CMV soon enough for the initiation of effective antiviral treatment.

The peculiarity of our report is the use of etanercept for GVHD after solid-organ transplant. More studies are necessary to optimize its administration. Anti-TNF-α drugs could be promising therapeutic options to decrease symptoms of GVHD and to improve mucosal regeneration; however, their main adverse effect must be noted, which is the possibility of more frequent opportunistic infections, already a common cause of death in such patients.

From the 1UOC Anesthesia and Intensive Care Unit and the 2UOC Pathology and Cytopathology Unit, Department of Medicine-DIMED, Padua Hospital; and the 3UOC Hepatobiliary Surgery and Liver Transplantation, Department of Surgery, Oncology, and Gastroenterology, Padua Hospital, Padua, Italy
Acknowledgements: The authors have no sources of funding for this study and have no conflicts of interest to declare.
Corresponding author: Annalisa Boscolo, University of Padua, 13, Gallucci St., 35120 Padua, Italy
Phone: +39 0498213162
E-mail: annalisa.boscolo@gmail.com 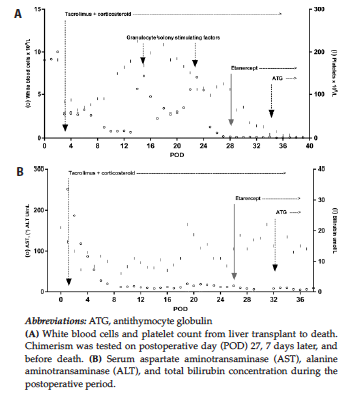 Figure 1. Clinical Course and Laboratory Changes After Liver Transplant and During Graft-Versus-Host Disease 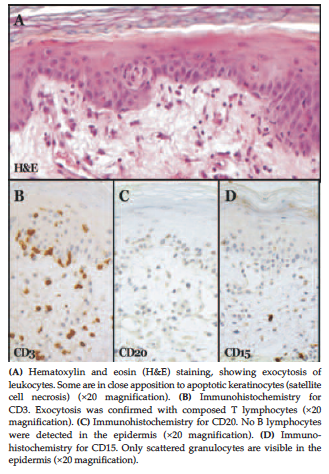 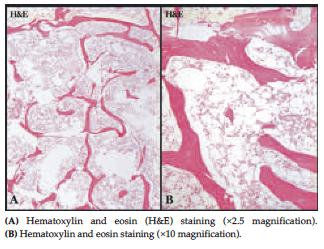