One year after heart transplant surgery, a 50-year-old man who was receiving treatment with daily oral tacrolimus (3 mg in the morning and 2 mg at night) and prednisone (10 mg twice daily) presented to the emergency room with dysphonia of 1-month duration and a mild cough. The patient did not have any other respiratory symptoms, fever, or chest pain. His postsurgery recovery had been complicated by constrictive pericarditis 6 months after heart trans­plant, which had been treated with oral colchicine (0.6 mg/day) and increasing doses of prednisone. His past medical history included arterial hypertension and type 2 diabetes mellitus.

Immediate management included a biopsy of the fat infiltration guided by endobronchial ultraso­nography. Cytology of the lesion was negative for neoplasia but revealed the presence of Aspergillus species filaments. Culture of the biopsied material confirmed an Aspergillus fumigatus infection. Sputum fungal culture was collected and was negative. Treatment with intravenous voriconazole at 6 mg/kg twice daily for 24 hours followed by 4 mg/kg twice daily was promptly initiated. Two days after the patient was started on the voriconazole regimen, on and off fever was noted. Intravenous voriconazole was then switched to oral voriconazole 1 week after start of intravenous treatment due to the onset of progressive renal failure (creatinine level was 150 to 262 μmol/L [normal range ≤ 150 μmol/L]). Dose was adjusted regularly to achieve trough concentration of between 2 and 5.5 mg/L. A repeat thoracic CT scan revealed an incremental expansion of the infiltration area and the presence of mediastinal cavitations, compatible with progression of the infectious process. Aspergillus galactomannan antigen test was negative (0.43, negative if < 0.5).

A second mediastinoscopy was performed to drain the purulent collection, and an irrigation-aspiration system was installed. The patient’s general condition improved immediately. However, fever returned again 1 week later. Thoracic CT scan confirmed the presence of a new infiltration close to the pulmonary artery, and a beta-D-glucan test was positive (395 pg/mL, positive if ≥ 80 pg/mL), although Aspergillus galactomannan test was still negative. This time, however, a right thoracoscopy was performed to drain the mediastinum. Cultures of the drained material were negative for the presence of Aspergillus. Liposomal amphotericin B was initiated, and voriconazole was ceased. Two weeks later, the patient was discharged from the hospital (after a hospitalization of 66 days), as supported by the absence of progression of the infection on serial CTs, absence of fever for several days, and a good general status. The patient left the hospital with voriconazole 250 mg twice per day and close follow-up.

Two months later, beta-D-glucan test became negative (64), and repeated CT scans showed a regression of the mediastinal infiltration. Ten months after initiation of antibiotic treatments and surgical drainage, CT scans showed complete regression of the mediastinal infiltration. Twelve months after the beginning of voriconazole therapy, the patient complained of pain and weakness of the proximal limb. Voriconazole toxicity was then questioned, and the antifungal was ceased as supported by negative CT and negative PET scans. The patient fully recovered several days after discontinuation of voriconazole.

One of the greatest challenges with this condition is the diagnosis. Two laboratory tests are currently available for Aspergillus diagnosis: the serum 1,3- β-D-glucan test (sensitivity of 67% to 100%, specificity of 84% to 100%) and the serum Aspergillus galac­tomannan test. For the latter test, the accuracy is believed to be largely influenced by the immune system of the patient (sensitivity of 67% to 100% in immunosuppressed patients, sensitivity of 15% to 30% in immunocompetent patients, specificity of 97%).1 In our patient, the lesion was accessible by endobronchial ultrasonography, which enabled us to confirm our diagnosis with cytology and culture of biopsied material.

The first step in management is to initiate voriconazole and caspofungin. Two authors have previously reported successful outcomes with medical treatment alone in cases of Aspergillus mediastinitis after heart transplant.3,7 In our case, because fever persisted 10 days after the start of antifungal therapy and because of worsening of CT image, we decided to perform drainage by mediastinoscopy. Deterioration of the clinical status warranted a second media­stinoscopy 11 days later as well as a right thoracoscopy another 12 days later. The patient’s condition improved significantly after the right thoracoscopy. One year later, voriconazole treatment was ended due to neuromuscular pain in the patient. Voriconazole-induced neuropathy has been previously demon­strated as a rare adverse effect of long-term therapy in patients who develop invasive aspergillosis.9

Aspergillus mediastinitis is a rare and serious condition for which prompt diagnosis can be lifesaving. Treatment may require early surgical drainage and antifungal therapy. Our presentation of a 50-year-old man who developed Aspergillus mediastinitis 1 year after heart transplant illustrates the diagnostic challenge of an atypical presentation of this disease and the importance of multiple drainage procedures in refractory disease combined with long-term antifungal therapy. 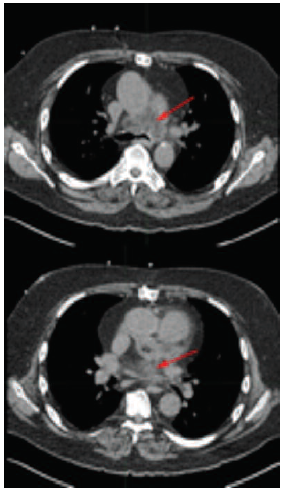 Table 1. Main Characteristics of Patients With Mediastinitis Due to Aspergillus Infection After Orthotopic Heart Transplant