Objectives: Muslim renal transplant patients often ask whether fasting during Ramadan would be harmful to their kidneys. We performed a meta-analysis on relevant studies to answer this question.

Materials and Methods: We searched 4 databases using comprehensive search terms with predefined eligibility criteria. Two reviewers (FH and RA) independently assessed the relevance of studies obtained during the search. If disagreement occurred, a consensus would be sought; if disagreement persisted, the arbitration would be left to a third author (AAS).

Result: Eight studies (549 patients) were identified as eligible; these studies measured renal function before and after Ramadan with patients acting as their own controls in 5 studies. Our pooled analyses showed no significant changes after fasting with regard to estimated glomerular filtration rate (70.1 ± 9.1 vs
68.5± 7.5 mL/min, respectively; P = .6) or in serum creatinine levels (105.3 ± 8.8 and 106.1 ± 6.0 µmol/L, respectively; P = .47). In 4 self-controlled studies (148 patients) that had analyzed changes in systolic and diastolic blood pressure before versus after fasting, no significant differences were shown. However, in 3 studies that assessed changes in glomerular filtration rate in fasting (n = 358) versus nonfasting patients (n = 355), there was a significant difference in change in glomerular filtration rate following Ramadan fasting (-0.13 ± 1.2 mL/min in those who fasted versus 4.2 ± 4.6 mL/min in those who did not fast; P = .039); however, these results were associated with significant publication bias (systematic heterogeneity).

Conclusions: Fasting during Ramadan did not result in significant changes in kidney function or blood pressure in posttransplant patients with good baseline kidney function when patients acted as their own controls.

Fasting is one of the 5 fundamental pillars of Islam.1,2 As such, it is the obligatory fast of the Ramadan month for Muslim adults.3 There are clearly defined and specified exceptions to this rule, which allow for nonfasting.4 Exceptions include adults who are sick, travelers, debilitated elderly people, and pregnant and lactating women.
Ramadan is the ninth month of the Muslim lunar year, and its length is either 29 or 30 days, with daily fast lasting from sunrise to sunset. During this time, eating or drinking is not permissible. Furthermore, fasters are also not permitted to take oral or injectable medications or intravenous nutritional fluids during the fasting period.
The Muslim Hijri calendar year is 11 days shorter than the Gregorian calendar. Therefore, Ramadan time moves throughout the 4 seasons and makes a full circle every 33 years. The time from sunrise to sunset varies according to the season that Ramadan falls under and the location in the world.

It is considered sinful for Muslim adults not to fast unless they come under one of the categories exempted from fasting. Therefore, it is customary for transplant patients to ask the advice of their doctors about the safety of fasting; these patients may be religiously released from the obligation to fast if a reliable doctor advises them against fasting. Today, more renal transplants are being performed in Islamic countries and more Muslim transplant patients are living in non-Muslim countries.5,6 Thus, it is important for doctors to have reliable information so that they can provide honest advice to such patients.

The concern about fasting harming the transplant patients is that volume depletion could lead to acute kidney injury, thus resulting in permanent damage.7,8 Another potential problem associated with fasting in sick patients has to do with drug compliance. In a study of 750 patients fasting during Ramadan who were on prescribed drugs or diets for their conditions, 10% did not adhere to their medications and 19% did not adhere to their diets.9 In another study of 81 fasting patients, 37 altered their drug dosage pattern, 35 missed doses, and 4 took all of their medications as one single daily dose after breaking fast.10

A number of studies have investigated the effects of Ramadan fasting on kidney function in renal transplant patients. However, those were mostly single-center studies involving small numbers of patients. Furthermore, they occurred at different times of the year with different durations between sunrise and sunset and at different daytime temperatures.11-19

In this meta-analysis, we investigated the impact of Ramadan fasting on renal function and blood pressure in renal transplant recipients. We searched PubMed, Embase, the Cochrane Library, and Medline via the PICO model (P = patient, population, or problem; I = intervention, prognostic factor, or exposure; C = comparison or intervention [if appropriate]; O = outcome to measure or achieve). The search words were Ramadan, Ramadhan, fasting, Muslim fasting month, renal transplantation, and kidney transplantation. The search spanned the period from 1980 to 2019. Only those studies that were published as full-length articles and in English were considered.

The inclusion criteria for selection of articles for analysis were as follows: (1) fast should span the whole month of Ramadan, (2) the study should be controlled with patients acting as their own control or an independent controlled group should be used, and (3) renal function and blood pressure were assessed before and a variable period after Ramadan.

Two reviewers (FH and RA) independently assessed the relevance of the papers obtained with the search criteria. If a disagreement occurred, a consensus of opinion would be sought; if disa­greements persisted, the arbitration would be left to a third assessor (AAS).

Endpoints and definitions
The endpoints measured were calculated glomerular filtration rate (GFR), serum creatinine, systolic blood pressure (SBP), and diastolic blood pressure (DBP) before Ramadan and at variable specified periods after Ramadan. For each endpoint, a funnel plot was produced to assess publication bias and forest plots were produced to assess the effect size.

The level of heterogeneity was assessed with Cochran Q chi-square test if I2 was ? 50%. A fixed-effect model was used when there was no significant heterogeneity between studies (I2 < 19.5%). The Newcastle-Ottawa scale, which consists of 3 categories of quality (selection, comparability, and outcome), was used to assess the quality of studies included in the analysis. All calculations and graphical representations were performed using comprehensive meta-analysis.

Our search identified 52 potential articles. After exclusions as shown in Figure 1, we ended with 8 articles eligible for analyses involving 549 patients. These studies were published between 1999 and 2019 and emanated from 5 countries from the Middle East and North Africa (Saudi Arabia, Kuwait, United Arab Emirates, Algeria, and Iran), which encompasses some of the hottest areas in the World. During the time periods of the studies included in our analyses, the daily fasting period ranged between 12 and 14 hours and the maximum temperatures reached varied between 31°C and 49°C.

The mean time after transplant for patients included in the analysis was 56.8 ± 29.9 months, and the mean time between the pre- and post-Ramadan evaluations of renal function was 9.5 ± 12.7 months.

Using the Newcastle-Ottawa scale, which consists of 3 categories of quality (selection, comparability, and outcome), we found the analyzed studies to be of good quality (4/4 for selection, 1/2 for compatibility, and 3/4 for exposure; overall score of 8/10).The Cochran Q chi-square test did reveal any significant heterogeneity (I2 was 0.0% in all self-controlled studies and 19.5% in the studies that compared fasters versus nonfasters). Funnel plots for all outcomes did not show significant publication biases except in the studies that compared changes in estimated GFR using a fasting group versus a nonfasting control group.

Outcome measure: renal function (with patients acting as self-controls)
Of 8 papers analyzed for pre- and post-Ramadan renal function, 5 had patients acting as their own controls. These 5 studies (involving 442 patients) used GFR results to assess kidney function (Table 1). No publication bias was observed, as can be seen from the funnel plot (Figure 2). Heterogeneity analysis revealed Cochran Q test = 0.85 with I2 = 0.0% (P = .9). The pooled analyses showed no significant changes in estimated GFR after Ramadan fasting (70.1 ± 9.1 vs 68.5 ± 7.5 L/min, respectively; P = .6). The forest plot for this analysis is shown in Figure 3.

Outcome measure: change in estimated GFR (fasting group versus nonfasting control group) Of 8 studies, 3 analyzed changes in GFR before and after Ramadan in which fasters (n = 358) were compared with a nonfasting control group (n = 355) (Table 4). Heterogeneity analysis revealed Cochran Q test = 2.5 with I2 = 18.7% (P = .3). The pooled analyses showed a significant change in GFR after Ramadan fasting (-0.13 ± 1.2 mL/min in fasters vs 4.2 ± 4.6 mL/min in nonfasters; P = .039). However, this observation was associated with a significant publication bias, as shown by a funnel plot. The forest plot for this analysis is shown in Figure 6. Therefore, to ascertain that this finding is reproducible, more studies on change in estimated GFR caused by fasting are required.

Ramadan is the ninth month of the Muslim lunar year, and its length is either 29 or 30 days, with daily fasts from sunrise to sunset during which time eating and drinking are not permissible. According to Islamic Sharia, a clear reason for exemption from fasting is illness that may be exacerbated or complicated by fasting. Complications may be due to deprivation of food or fluid during the fasting period, which can vary between 12 hours at the equator to about 22 hours at the 64° of latitude during summer in some parts of the world. Complications may also be due to the inability to take medications at appropriate times (as the taking of oral or parenteral medication can break the fast). The Muslim Hijri calendar year is 11 days shorter than the Gregorian calendar. Therefore, Ramadan time moves throughout the 4 seasons and makes a full circle every 33 years. The time from sunrise to sunset varies according to the season that Ramadan falls under and the location in the world.

For practicing Muslim adults to be satisfied that they are indeed exempt from fasting due to illness, medical experts must be involved. Potential nonfasters would only agree that they are religiously released from the obligation to fast if a reliable doctor advises them against fasting. With more renal transplants being performed in Islamic countries and more Muslim transplant patients living in non-Muslim countries, transplant physicians, primary care physicians, and nephrologists will need to know how to address and discuss the issue of fasting with their Muslim renal transplant patients.

The concern about fasting harming the transplant patients is that volume depletion could lead to acute kidney injury, thus perhaps resulting in permanent damage.7,8,19,20 Daytime dehydration during Ramadan could result in stress with regard to the concentrating ability of the single transplanted graft. However, a study in transplant patients with stable kidney function showed satisfactory urinary concentrating ability.21

In the 8 studies, because of the different countries included, the Ramadan period occurred at different times of the Gregorian calendar and ambient daytime temperatures ranged from 31°C to 49°C. However, it is important to note that mean graft function before fasting was good in all study patients included in the analyses (estimated GFR ? 54 ± 14.3 mL/min); therefore, we cannot rule out that fasting would not be detrimental to patients with poorer graft function. 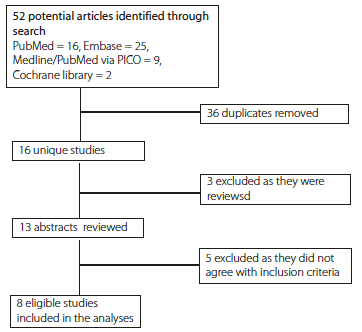 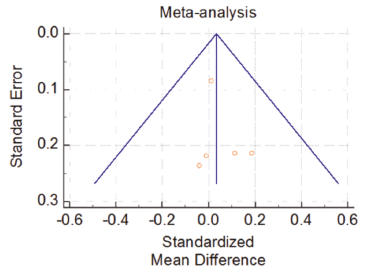 Figure 2. Funnel Plot of Estimated Glomerular Filtration Rate Before and After Ramadan Fasting, With Patients Acting as Their Own Control 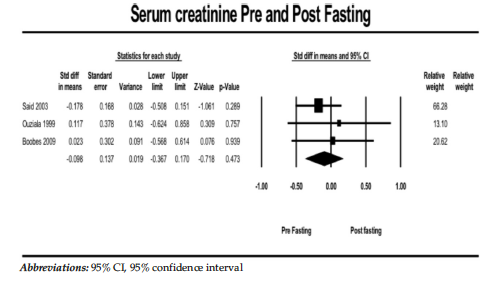 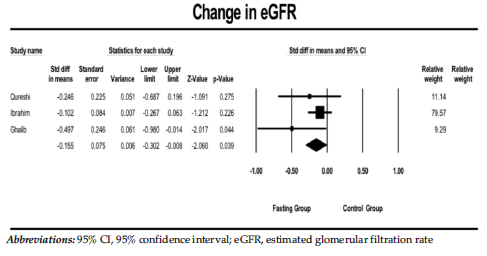 Figure 6. Forest Plot of Change in Estimated Glomerular Filtration Rate in the Fasting Group Versus the Control Group

Table 1. Estimated Glomerular Filtration Rate Before and After Ramadan Fasting, With Patients Acting as Their Own Control

Table 2. Serum Creatinine Before and After Ramadan Fasting, With Patients Acting as Their Own Control

Table 3. Systolic and Diastolic Blood Pressure Before and After Fasting, With Patients Acting as Their Own Control