Brucellosis, a disease endemic in many countries including Turkey, is a systemic infectious disease. Brucellosis is rare in renal transplant recipients. Only 4 cases have been reported in the literature. In this report, we describe the clinical manifestations and laboratory findings of a brucellosis case with pulmonary involvement in a renal transplant recipient. A 20-year-old man who had a living-donor kidney transplant 4 months earlier presented to our transplant clinic with fever, cough, and right flank pain. Clarithromycin and ceftriaxone were started for the diagnosis of pneumonia. However, piperacillin/tazobactam, mero­penem plus teicoplanin, and antituberculosis treatment were continued because the patient was unresponsive to the initial therapy. Serum Brucella agglutination titer was found to be 1/320. Treatment was started with a 6-week course of oral doxycycline and rifampin, resulting in cure. Brucellosis and especially its pulmonary involvement are rare after kidney transplant. However, in endemic areas, it should be considered as it mimics several other infectious diseases.

Brucellosis is one of the most common systemic zoonotic diseases (with 500 000 new cases annually) and is particularly endemic in the Mediterranean region, the Middle East, the Arabian Peninsula, Central and South America, Asia, and Africa.1,2 According to data from the Turkish Ministry of Health in 2004, the disease is most common in the southeastern region of Turkey.3 Humans are infected after close contact with an animal or after consumption of meat or dairy products infected by bacteria of the genus Brucella.4 This is a multisystem infection that may present with a broad spectrum of clinical symptoms, organ involvement, and other complications.5-7 Brucellosis is rare in renal transplant recipients. To the best of our knowledge, only 4 cases have been reported in the literature.8-11 In this report, we describe the clinical manifestations and laboratory findings of a brucellosis case with pulmonary involvement in a renal transplant recipient.

A 20-year-old man who had received a living-donor kidney transplant (the donor was his 43-year-old mother) was hospitalized due to coughing, dyspnea, sputum production, right flank pain, nausea, and vomiting. He had fever (> 38°C), shivering, and night sweating for 1 week. The cause of the patient’s chronic kidney disease was unknown; however, before transplant he had hemodialysis for 4 months. He had no other comorbid disease. Informed consent was obtained from the patient.

Specimens from urine, blood, and sputum were taken for microbiologic examination. A triple sputum examination for acid-fast bacteria was negative. Antibody for Cytomegalovirus was negative. We started the patient on 500 mg twice daily clarithromycin and 1 g twice daily ceftriaxone due to suspicion of pneumonia, with mycophenolate sodium dose reduced. Culture results were negative. After 5 days on this regimen, fever continued. Both clarithromycin and ceftriaxone were stopped, and 4.5 g piperacillin/tazobactam 3 times per day was started. Repeat bacteriologic cultures were negative. After 5 days on this regimen, piperacillin/tazobactam was stopped and 1 g meropenem 3 times per day and 400 mg/d teicoplanin were administered due to continued fever. After meropenem and teicoplanin were introduced, fever disappeared and C-reactive protein levels decreased to 32 mg/L; however, erythrocyte sedimentation rate was 98 mm/h. Although bacteriologic tests did not yield positive results, empiric antituberculosis treatment was started. Our region is an endemic area for tuberculosis; therefore, 300 mg/d isoniazid, 450 mg/d rifampicin, 1000 mg/d ethambutol, and 1000 mg/d pyrazinamide were started12 because pleural effusion of the patient did not resolve and fever relapsed after day 14 of meropenem and teicoplanin treatment. Fever continued even after 12 days of anti­tuberculosis treatment.

The patient’s family had a dairy farm. The patient denied any contact with raw milk and milk products and stated that after the renal transplant he did not get close to the farm and animals. However, after a detailed history was obtained, we learned that approximately 30 to 35 days before admission there were abortus and deaths among the sheep and goats. Brucella agglutination was studied and found to be 1/320 titer positive. Antituberculosis treatment was stopped, and 600 mg/d rifampicin and 200 mg/d doxycycline were started. Fever disappeared after day 3 of the treatment, with no relapse shown with treatment continued to the 6-week follow-up.

Brucellosis is a systemic infectious disease. Because of its high degree of morbidity, for both animals and humans, it is a significant cause of economic loss and represents a serious public health problem in many developing countries.13 Incidence of the disease in Turkey is 0.59 per 100 000 per year.6 Pulmonary involvement of brucellosis is rare.14 Brucellosis may cause abscess of lungs, empyema, pneumonia, pleural effusion, granulomas, solitary nodules, and hilar and paratracheal lymphadenopathies.15-17 Gur and associates,6 Lubani and associates,14 and Hatipoglu and associates15 found that lung involvement of brucellosis was 5%, 0.6%, and 10%.

To the best of our knowledge, only 4 cases with brucellosis after kidney transplant have been reported in the literature.8-11 Clinical and laboratory features of our case and the other 4 cases in the literature are summarized in Table 1.

Brucellosis and especially its pulmonary involvement are rare after kidney transplant. However, it should be considered, especially in endemic areas, because this disease mimics several other infectious diseases. 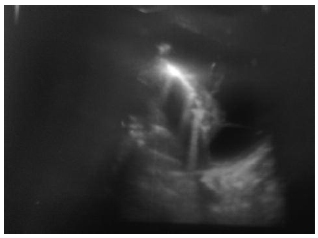 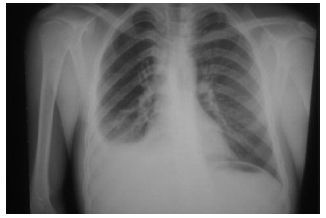