Objectives: Infections are major causes of morbidity and mortality in the early postoperative period after liver transplant. We observed a high rate of enterococcal infections at our center. Therefore, we added an intraoperative single shot of vancomycin to the standard regimen of meropenem given over 5 days. The aim of this study was to determine the prevalence of both Enterococcus faecium and Enterococcus faecalis infections during the first 28 days after surgery depending on the type of antibiotic prophylaxis and their implications on mortality and morbidity.

Materials and Methods: Our retrospective cohort analysis included 179 patients: 93 patients received meropenem only and 86 patients were treated with meropenem plus vancomycin.

Conclusions: Although postoperative Enterococcus species infections can be reduced after liver transplant by adding vancomycin to the intraoperative antibiotic regimen, it does not improve the long-term outcomes.

Study design
This study is a retrospective cohort analysis. Individual informed consent was waived by the local ethics committee. Patients who received transplants between February 2004 and February 2011 were included. Until December 2007, the perioperative antibiotic regimen consisted of 1 g meropenem intravenously 30 minutes before skin incision (repeated after 8 h or blood loss > 5000 mL, with subsequent doses thereafter adapted to renal function) and was continued until the fifth postoperative day. In all patients, selective oral decontamination was done with polymyxin B, gentamicin, vancomycin, and amphotericin B postoperatively until extubation. After December 2007, an intraoperative single-shot dose of intravenous vancomycin (1 g intravenously 30 min before skin incision, no repetition) was added to the existing regimen. Immunosuppression was achieved with cyclosporine or tacrolimus and prednisolone, as reported elsewhere.15

For this study, 200 consecutive patients were identified, with half of the patients treated before and half after introduction of vancomycin to the standard protocol. Clinical data, laboratory values, and history of infection were extracted from comprehensive clinical documentation. Laboratory Model for End-Stage Liver Disease (MELD) scores were calculated retrospectively for patients transplanted before the introduction of a MELD-based allocation mode in the Eurotransplant zone in 2006.

Screening smear tests from all surgical drains, intraabdominal smears during transplant or con­secutive operations (intraabdominal infections), surgical wounds (SSIs), urine (urinary tract infections), and sputum or secretion gained from endotracheal suction (respiratory tract infections) were performed at least once per week. In addition, a smear test was performed if an infection was suspected. Cultures were routinely taken from all removed central venous lines (catheter-related infections). Blood cultures were routinely taken during the change of central venous lines or arterial catheters and additionally at the discretion of the attending physician (bloodstream infections).

Of the remaining 189 patients, 10 patients in the meropenem-vancomycin group were excluded because of ongoing treatment with either linezolid (n = 1), tigecycline (n = 1), or vancomycin (n = 8) on the day of transplant. None of the patients in the meropenem group received an antibiotic agent with activity against Enterococcus species before surgery.

Pretransplant patient characteristics are shown in Table 1. In brief, there were no significant differences between the groups with regard to pretransplant status. Of total patients, 67.6% were male (n = 121). The predominant reasons for liver transplant were hepatitis C cirrhosis (32%), alcoholic cirrhosis (27%), cryptogenic cirrhosis and cirrhosis of other causes (10%), hepatitis B cirrhosis (9%), primary sclerosing cholangitis (8%), and acute hepatic failure (8%).

Enterococcus faecalis infections occurred more often in the meropenem group (16 vs 9 patients), but results were not statistically significant (P = .194). There was a peak of new diagnosed infections in the second week, with no statistical difference between the 2 groups (P = .068).

There was a trend toward a more frequent renal replacement therapy in the meropenem plus vancomycin group, although it was not a significant effect (P = .07; Table 5). The overall 1-year survival rate was 78.8% (141/179) with no differences shown between the 2 groups (P = .651). Moreover, survival after 2 years, length of hospital stay, and duration of treatment in the intensive care unit did not differ significantly (Table 6).

For patients with prolonged postoperative treatment, defined as a hospital stay of longer than 28 days, we performed a subgroup analysis (109 patients fulfilled these criteria). Of these, 57 had received meropenem only and 52 patients had received meropenem plus vancomycin. The potency of vancomycin to prevent an enterococcal infection in the second postoperative week was measured via the area under a receiver operator characteristics curve (AUC). An AUC of 0.5 indicates no predictive effect, whereas 1.0 indicates perfect separation. With a measured AUC of 0.62, there is sufficient predictive effect. The Kaplan-Meier curve for infections with Enterococcus species in this subgroup is shown in Figure 2. There was a tendency toward a longer median posttransplant stay in the intensive care unit in the meropenem plus vancomycin group (13 days [range, 3-124 days] vs 7 days [range, 2-110 days]), although it was not statistically significant (P = .089). The 1-year and 2-year survival rates were comparable (P = .96 and P = .16) in the meropenem group (74.6% and 67.3%) and the meropenem plus vancomycin group (75.0% and 53.9%).

In univariate analysis, only the biliary recon­struction with a biliodigestive anastomosis was a predictor for a higher rate of Enterococcus species infections in the study population (P = .012). There was no difference regarding high or low MELD score values (P = 0.135). A transfusion of more than 6 units of RBC or more than 12 units of FFP had no significant effect (P = .349 and P = .581). The effect of these variables on the risk of an infection with Enterococcus species were similar in a bivariate analysis with the addition of vancomycin to the standard protocol (meropenem plus vancomycin), with a significant effect shown for the variables MELD score > 20 (P = .073) and biliodigestive anastomosis (P = .017). Again, there was no effect of transfusion of > 6 units of RBCs (P = .140) or > 12 units of FFP (P = .506).

This study is the first to provide data on the influence of an intraoperative single-shot application of vancomycin on postoperative enterococcal infections after liver transplant. We found a significant reduction of infections with Enterococcus faecium in the early postoperative course if vancomycin was added to the intraoperative antibiotic regimen. Nevertheless, there was no influence on the long-term results.

The reason for the dominance of infections with Enterococcus faecium after liver transplant might be because proven or suspected spontaneous bacterial peritonitis is often treated with quinolones or third-generation cephalosporins.19 Both groups of antibiotics have limited effects on Enterococcus species.20

In the literature, the median postoperative time to first infection is between 12 and 15 days after transplant, and most infections (77%) occur in the first postoperative month.2,18 This is in line with our findings. In patients treated with meropenem only, and therefore lacking an effective therapy especially against enterococcal infections, we found a peak of enterococcal infections during the second post­operative week. The second postoperative week might be a phase of special vulnerability for infections due to the strong immunosuppression, which reaches its peak in plasma and tissue concentrations.

Our primary hypothesis was that it is possible to reduce the incidence of early postoperative infections with Enterococcus species by adding a single shot of vancomycin to the perioperative meropenem regimen. However, it remains unclear whether this is beneficial for the patient. No differences in length of hospital stay or in mortality after 1 or 2 years were shown in our study. In contrast to the expected positive effects, we observed a tendency to a higher incidence of renal replacement therapy in patients exposed to vancomycin intraoperatively. Alternative antibiotics could avoid this complication. In principle, daptomycin or tigecycline could be candidates in patients with reduced renal function. However, high-dose daptomycin could cause rhabdomyolysis and thrombocytopenia and tigecycline interacts with coagulation tests, making its perioperative use unfavorable in liver transplant patients.

If necessary at all, vancomycin should be used only in areas with a low prevalence of vancomycin-resistant Enterococcus species.

The limitations of our study are due to its retrospective nature. To give a definitive answer to the question regarding whether patients will benefit from an perioperative antibiotic regimen that includes agents against Enterococcus species in general and especially Enterococcus faecium, larger prospective studies are needed because the results presented here may only generate hypotheses and do not provide definite evidence.

Although a reduction of postoperative infections with Enterococcus species after liver transplant can be achieved by adding vancomycin to the intra­operative antibiotic regimen, it does not improve long-term outcomes. 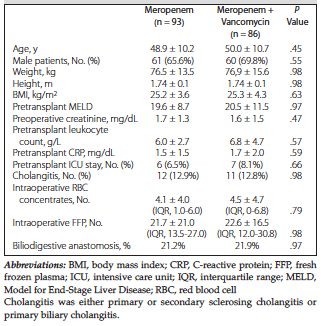 Table 3. Site of Infection With Enterococcus faecium After Liver Transplant

Table 4. Site of Infection With Enterococcus faecalis After Liver Transplant 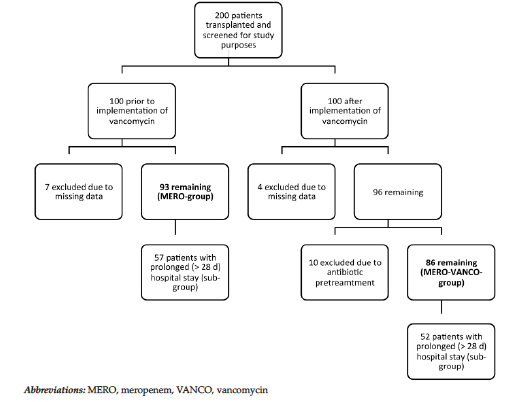 Figure 1. Patients Included in the Study 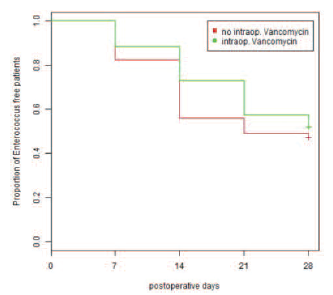