Objectives: The long-term use of cyclosporine always contributes to chronic renal allograft dysfunction. Converting from cyclosporine to sirolimus and reducing cyclosporine dosage under high mycophenolate mofetil levels are 2 common therapies. Their efficacy and safety have not been compared in Chinese patients.

Materials and Methods: In this prospective, open-label, randomized study, 51 kidney recipients with an estimated glomerular filtration rate between 30 and 60 mL/min/1.73 m2 were enrolled. Patients in the sirolimus group (n=22) initiated sirolimus 12 hours after cessation of cyclosporine. Patients in the cyclosporine group (n=29) significantly reduced cyclosporine dosage under high mycophenolate mofetil dosages. Both groups were followed-up for 4 years.

Conclusions: Conversion from cyclosporine to sirolimus could improve long-term survival of renal grafts in Chinese patients.

Cyclosporine has markedly improved early kidney transplant outcomes; however, it is well-recognized that long-term use of cyclosporine may contribute to chronic allograft dysfunction. Nankivell and associates reported that in recipients of kidney transplants, evolution of chronic allograft nephropathy over a 10-year period, confirmed the ubiquitous scarring of kidney transplants (defined as progressive high-grade arteriolar hyalinosis, increasing glomerulosclerosis, and tubulointerstitial damage) accompanied by cyclosporine use.1 Woolfson and associates reported that in cardiac transplant, long-term exposure to cyclosporine caused chronic, nonreversible kidney changes, characterized by interstitial fibrosis and obliterative arteriolar changes owing to fibrous intimal thickening.2

Cyclosporine withdrawal with the addition of mycophenolate mofetil is an effective way of improving graft survival.3 However, concern over insufficient immunosuppressive strength often hinders complete withdrawal of cyclosporine. Sirolimus is less nephrotoxic than cyclosporine. It targets blockade of mammalian target of rapamycin that results in inhibition of interleukin-2–induced lymphocyte proliferation and vascular intimal proliferation. Oberbauer and associates reported that early cyclosporine withdrawal followed by a sirolimus-and-prednisone maintenance regimen results in improvements in renal function and blood pressure but has no improvement in graft survival in 24 months.4 As for late conversion, Watson and associates reported a significant increase of mean glomerular filtration rate of 12.9 mL/min/1.73 m2 after conversion from calcineurin inhibitors to sirolimus in 12 months in a population with baseline glomerular filtration rate of 37.8 mL/min/1.73 m2.5 Diekmann and associates analyzed the predictors of successful conversion from calcineurin inhibitors to sirolimus and reported that nonresponders had relatively lower glomerular filtration rates at the time of conversion.6

Conversion therapy may bring about certain adverse effects (eg, decreased hemoglobin, elevated blood lipids, and proteinuria).7 There were no reports of the efficacy and safety of conversion from cyclosporine to sirolimus in a Chinese population. In clinical practice, we felt that Chinese patients had relatively high rates of anemia and severe infections after combination therapy of sirolimus and mycophenolate mofetil.8, 9

In this study, we prospectively compared 2 groups of Chinese patients with chronic renal allograft dysfunction with baseline glomerular filtration rate of 30-60 mL/min/1.73 m2, one group converted from cyclosporine to sirolimus and reduced mycophenolate mofetil dosage simultaneously; the other group significantly reduced cyclosporine dosage and maintained relatively high mycophenolate mofetil dosage. Both groups were followed-up for 4 years.

Study design
This is a prospective, open-label, randomized study in a Chinese center. The study protocols conformed to the provisions of the Declaration of Helsinki. The ethics committee of the First Affiliated Hospital, College of Medicine, Zhejiang University approved the protocols; and written, informed consents were obtained from all patients. Patients were enrolled from Jan 1, 2004 to Dec 12, 2005. They received the first kidney transplant from a deceased donor at least 6 months before inclusion and were given triple-maintenance therapy of cyclosporine, mycophenolate mofetil, and prednisone. The principle inclusion criterion was chronic allograft dysfunction that was defined as an estimated glomerular filtration rate (calculated by the MDRD 7 formula, estimated glomerular filtration rate = 170 × [Pcr]-0.999 × [age]-0.176 × [0.762 if the patient is female] × [1.180 if patient is black] × [blood urea nitrogen]-0.170 × [albumin]+0.318),10 between 30 and 60 mL/min/1.73 m2 for more than 3 months, with no large proteinuria (defined as urine protein level < 1.0 g/24 h). Exclusion criteria included acute rejection episodes within the preceding 3 months; severe infection during the preceding 1 month; white blood cell count < 4 × 109/L or hemoglobin less than 80 g/L; or a platelet count of < 80 × 109/L; active phased hepatitis or abnormal liver functions (hepatic enzyme levels more than doubled); and noncompliant patients.

Patients received the sirolimus regimen or the cyclosporine reduction regimen randomly. Patients undergoing the sirolimus regimen (sirolimus group) received an abrupt discontinuation of cyclosporine and initiated sirolimus 12 hours after cyclosporine cessation. Sirolimus was given at a dosage of 2 to 3 mg each morning, titrated to a target whole blood trough level of 5 to 8 ng/mL. On day 5 after conversion, trough blood levels of sirolimus were measured as the initial blood concentration. In the sirolimus group, prednisone was continued without a dosage change, and the mycophenolate mofetil was continued with a reduced dosage.

Statistical Analyses
The analyses were based on the intention-to-treat principle, regardless of treatment adherence. Patients for whom outcome data were missing because of loss to follow-up were assumed as no response. Statistical analyses were performed with SPSS software for Windows (Statistical Product and Service Solutions, version 13.0, SSPS Inc, Chicago, IL, USA). Numerical results are expressed as mean ± standard deviation. The results were compared between groups using a 1-way analysis of variance test, the chi-square test, or the Fisher exact test to perform pairwise comparisons. Within groups, difference between baseline and each visit was assessed using the t test for paired samples. For nonparametric comparisons, Mann-Whitney U tests were used to compare between groups, and Wilcoxon signed rank tests were used to compare data within the groups. The rate of transplant survival was determined using Kaplan-Meier estimates and was compared between groups using log-rank test. A P value < .05 was considered significant.

Comparisons of the other biochemical characteristics are displayed in Figure 3. There were no significant changes of hemoglobin level and urine protein level in the sirolimus group, but in the cyclosporine group, the hemoglobin level decreased, and the urine protein level increased in late months during follow-up. The total bilirubin level in the sirolimus group decreased after conversion and was significantly lower than that in the cyclosporine group at month 3, 6, and 12 (P < .05). In the sirolimus group, the levels of blood lipids increased significantly at the third month after inclusion, defined as a cholesterol increase from 5.14 ± 1.31 mmol/L to 5.84 ± 1.50 mmol/L (P < .05) and a triglyceride increase from 2.18 ± 0.79 mmol/L to 2.91 ± 1.37 mmol/L (P < .05).

Chronic allograft nephropathy is an important cause of renal allograft failure and is characterized by impaired renal function along with diseased changes of tubular atrophy and interstitial fibrosis.11 The pathogenesis is uncertain, but both immune and nonimmune factors are involved.12 Calcineurin inhibitor toxicity is thought to contribute to the pathogenesis of chronic allograft nephropathy.13 A recent randomized trial reported that calcineurin inhibitor withdrawal with the addition of mycophenolate mofetil resulted in a significant improvement in renal function compared with the triple therapy of mycophenolate mofetil, calcineurin inhibitor, and prednisone.14 However, complete removal of the calcineurin inhibitor always brings concern about insufficient immunosuppressive strength, leading to acute or chronic rejection.15, 16, 17 Abramowicz and associates analyzed the long-term efficiency and safety of cyclosporine withdrawal from a cyclosporine- and mycophenolate-mofetil–based regimen in 5 years, and reported that although withdrawal of cyclosporine had a trend toward improved creatinine clearance, it resulted in an increased risk for acute rejection episodes and graft loss, as a result of rejection throughout the 5-year study.18 Sirolimus targets the blockade of mammalian target of rapamycin that results in inhibition of interleukin-2–induced lymphocyte proliferation and vascular intimal proliferation.

We designed conversion from cyclosporine to sirolimus while reducing the mycophenolate mofetil dosage simultaneously to prevent aggravation of anemia and severe infection. As a result, there was no significant deterioration of hemoglobin level postconversion. One patient dropped out owing to pneumonia at 43 days after conversion and recovered after sirolimus cessation and intensive antibiotic therapy.

In the long term, a sirolimus-based regimen proved a relatively lower rate of graft loss compared with that in the cyclosporine-reduction regimen. It reached significance when using serum creatinine doubling as the endpoint. It was reported that the most-sensitive histologic marker of cyclosporine nephrotoxicity was the arteriolar hyalinosis; and the 10-year prevalence of arteriolar hyalinosis, striped fibrosis, and tubular microcalcification was 100%, 88.0%, and 79.2% of transplanted kidneys.27 Cessation of cyclosporine therapy could invariably lead to preglomerular and intraglomerular hemodynamic changes owing to abolition of the afferent arteriolar and intrarenal vasoconstriction28 in combination with decreases in endothelin and vasoconstricting peptides levels29; these resulted in an increase of glomerular filtration rate. These hemodynamic effects may be reversible before the onset of arteriosclerosis of the allograft vessels if cyclosporine is discontinued soon after transplant.30

Wali and associates reported that conversion from calcineurin inhibitor to sirolimus in patients with moderate-to-severe renal allograft dysfunction could improve the degree of tubular degeneration and arteriolar hyalinosis, but interstitial fibrosis and tubular atrophy continued to progress.31 Larson and associates also reported that complete avoidance of calcineurin inhibitors did not improve the chronicity using the Banff schema about interstitial, tubular, or glomerular changes at 1 year’s follow-up.32

Although we had no pathologic data of renal allografts, the baseline estimated glomerular filtration rate was 36.46 ± 6.22 mL/min/1.73 m2 in the sirolimus group indicating the moderate-to-severe chronic allograft injury. The complete avoidance of cyclosporine in the sirolimus group may stop the continuous damage of cyclosporine, but in the long term, the present interstitial fibrosis and tubular atrophy may continue to progress. In the sirolimus group, the estimated glomerular filtration rate did not show a gradual increase trend after conversion but remained stable.

In this study, there were no significant changes of urine protein level in sirolimus group after conversion. This may be because the low urine protein before conversion and the relatively lower target concentration of sirolimus in this study than in other studies.5, 6, 31, 33 At inclusion, we excluded patients with urine protein of more than 1.0 g per 24 hours not only to avoid the aggravation of proteinuria, but also to exclude the possibility of recurrent or de novo nephritis. Conversely, the urine protein level in the cyclosporine-reduction group significantly increased in later months during follow-up, and the hemoglobin decreased, which may be the results of deteriorated allograft function or chronic rejection owing to insufficient immunosuppressive strength.

Hyperlipidemia was a common comorbidity in the sirolimus-based regimen. Although there were significant elevations of cholesterol and triglycerides at month 3 after conversion in this study, the elevations disappeared after lipid control therapy including diet control and statins. It seems that sirolimus-related hyperlipidemia could be controlled and would not impair the continuation of conversion, which also was reported by Bumbea and associates in their study.7

This study had a few limitations. First, although it was a prospective, controlled trial, it was small in sample size and open-labeled to treatment or measurement of outcomes. Second, no biopsy data was provided either before inclusion or as an outcome, so it was not possible to control for the degree of chronic diseased changes that may be different in each group.

Conversion from cyclosporine to sirolimus could improve graft survival when using serum creatinine doubling as an endpoint in 4 years. There were significant improvements of estimated glomerular filtration rate in conversion groups in Chinese patients with moderate chronic renal allograft dysfunction. 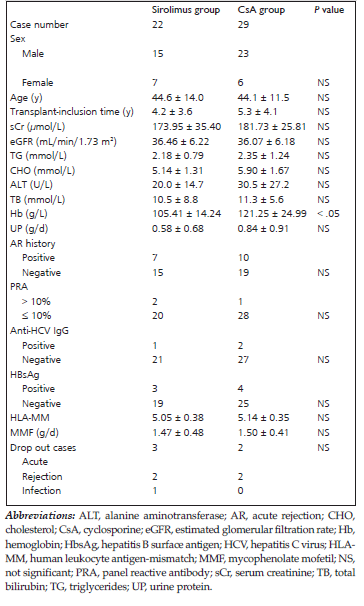 Table 1. Baseline characteristics of patients in the sirolimus and cyclosporine groups. 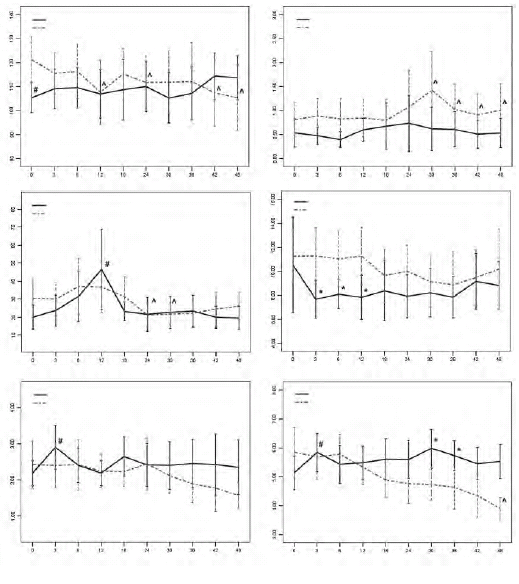 Figure 4. Estimates of graft survival in the sirolimus and cyclosporine groups.