In this article, we report a switch of β-thalassemia major to intermedia β-thalassemia after allogeneic bone marrow transplant of a 6-year-old girl from her HLA-matched brother.

After stable mixed chimerism, the patient had a secondary graft rejection and returned to total recipient chimerism as assessed by real-time polymerase chain reaction assay. Nonetheless, with a medium hemoglobin rate of 89 g/L, she did not need further transfusions for 60 months after rejection.

We conclude that complete loss of donor cells after bone marrow transplant for β-thalassemia major is compatible with a stable clinical state, probably due to a γ-globin gene demethylation that enhances γ-globin chain production and further allows constitution of a fetal hemoglobin rate compatible with free transfusion survival.

Beta-thalassemia is a genetic disease that results from mutations of the globin genes that in its major form, causes absence or extremely reduced production of the β chain of hemoglobin. As consequence, an ineffective erythropoiesis, a bone marrow massive erythroid hyperplasia, and a hemolytic anemia occur (1). So, affected patients are maintained on a regular transfusion schedule, receive folate supplementation, and chelation therapy. Until now, allogeneic hematopoietic stem cell transplant remains the only curative therapy (2).

We report a switch of a β-thalassemia major to an intermedia β-thalassemia after allogeneic bone marrow transplant of 6-year-old girl from her HLA-matched brother.

Our patient was born from β-thalassemia major, heterozygous, second-degree consanguineous parents. At 8 months of life, she was diagnosed with a homozygous β-thalassemia major, with (hemoglobin F = 96.88%, hemoglobin A2 = 3.12%, and hemoglobin A = 0%) on hemoglobin electrophoresis. She was splenectomized at 4 years because she developed hypersplenism. Her transfusions requirements, which were about 580 mL/kg/y fell to 200 mL/kg/y with residual hemoglobin rate of 60 g/L before bone marrow transplant.

At 6 years of age, she was class 2 Pesaro, she was allografted with 3.9 × 108 nucleated cells/kg from her HLA-identical ABO-compatible brother. The myeloablative regimen consisted of total dose of busulphan 14 mg/kg and Endoxan 200 mg/kg. Prophylactic graft-versus-host disease therapy consisted of intravenous cyclosporine 3 mg/kg/d, and a short course of methotrexate (at day +1, +3, and +6 after bone marrow transplant). Three weeks later, intravenous cyclosporine was switched to oral cyclosporine (8 mg/kg/d) until 9 months after bone marrow transplant.

According to the proportion of residual host cells (based on molecular chimerism analysis) present in the recipient, Andreani and associates (5) classified mixed chimerism into 3 levels. The mixed chimerism level 3, with host cells percentage over 25% during the first 2 months after bone marrow transplant, which correspond to our patient status, was associated with a higher incidence of rejection. Nevertheless, she had a prolonged mixed chimerism (which constitutes a graft failure protecting factor) (6), and she experienced this failure more than a year and half after the bone marrow transplant. According to Lisini and associates (7), our patient experienced a worsening mixed chimerism defined as the condition in which chimerism kinetics indicated a progressive increase in the proportion of recipient cells over at least a 6-month period.

Even complete donor hematopoiesis is not essential for sustained engraftment after a bone marrow transplant in a thalassemic patient, and enrichment of donor cells in the mature red blood cell compartment is sufficient to make patients transfusion independent (6). We cannot sustain such a hypothesis when complete molecular and erythrocyte chimerism disappear, as was the case in our patient.

Two hypotheses can explain our patient case: First, the state of transitory mixed molecular chimerism with coexistence of recipient and donor cells may induce a tolerance status that allows a partial engraftment of donor erythroblast stem cells and a subsequent switch in β-thalassemia type (2). Second, several studies have shown that the symptoms in β-thalassemia can be partly alleviated by treatment with DNA demethylation (8) or histone acetylation agents (9). Therefore, the conditioning regimen may provide a γ-globin gene demethylation tool that enhances γ-globin chain production compatible with free transfusion survival.

The definition of secondary graft failure as an association of biological (confirmed loss of donor cells after transient engraftment of donor-origin hematopoiesis) and clinical (return to erythrocyte transfusion dependence) (7) must be revisited. Because, as in our patient, complete loss of donor cells is compatible with making patients transfusion independent. 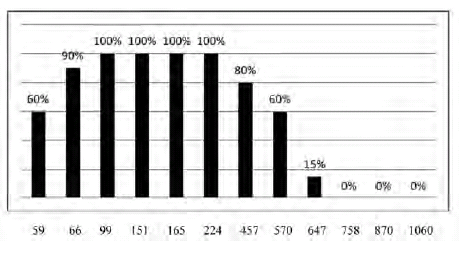