Objectives: We describe the results of our 1-suture, 1-knot technique for vascular anastomosis in renal transplant. This technique can be used for both of the arterial and venous anastomoses.

Materials and Methods: Between May 2006 and June 2008, a total of 386 renal transplants were done in our center, using a 1-suture, 1-knot technique. Intraoperative data including the warm and cold ischemic time, arterial and venous anastomotic time, and any early and late postoperative complications in the follow-up were recorded.

Results: Mean age of recipients was 37 years. Mean kidney warm and cold ischemia time was 4.8 and 26.2 minutes. Mean arterial and venous anastomotic time was 5.1 and 7.2 minutes. No vascular complications were seen in the early postoperative period. Delayed graft function was diagnosed in 36 patients, but a renal scan showed good perfusion of the allografts of these cases. In the mean follow-up of 18.5 months, we did not encounter any case of renal artery thrombosis or any suspected arterial stenosis.

Conclusions: The 1-suture, 1-knot technique is a safe, rapid, and easy method for arterial and venous anastomosis of the renal allograft with low complication rates. It is especially valuable in obese patients and recipients with deep iliac fossa.

Kidney transplant is the treatment of choice for most cases of end-stage renal disease (1). Transplant surgeons use different techniques for arterial and venous anastomoses in the recipients. In 1902, Carrel described a 3-point anastomosis technique for allograft arterial anastomosis (2). Since then, others have described a 2-point anastomosis, a 4-quadrant technique, a corner-saving technique, nonsuture techniques, and other methods for vascular anastomoses in kidney transplant (3, 4, 5, 6). Most of these techniques were invented to reduce the anastomotic and ischemic time of allograft, while providing good patency, especially in the case of arterial anastomoses.

We describe our results of a 1-suture, 1-knot technique for vascular anastomosis in renal transplant. This technique can be used for arterial and venous anastomoses.

Technique: After developing an extraperitoneal space in the iliac fossa and mobilizing the external iliac vein, the kidney is put in the iliac fossa in its final place. The renal vein is anastomosed end-to-side, usually to the external iliac vein, but the site of arterial anastomosis is selected with regard to the allograft position. Both anastomoses are made with 6-0 monofilament nylon sutures.

Ureteral anastomosis is done by a modified Lich technique. In all of the cases, ureteral stent is placed, and aspirin (100 mg/d) is begun on postoperative day 1. Intraoperative data including the warm and cold ischemic times, and arterial and venous anastomotic times, are recorded. Follow-up consists of color Doppler ultrasonographic examination of the anastomosis site on postoperative days 1 and 30, and measuring blood pressure and serum creatinine level daily until postoperative day 10; then, at 1, 3, 6, and 12 months after transplant, and then every 6 months if there was any clinical problem.

No vascular complications were seen in the early postoperative period. Measuring the velocity of blood flow at the anastomotic sites by color Doppler ultrasonography on days 1 and 30 after the transplant showed no evidence of arterial or venous thrombosis, or significant arterial stenosis in any of the patients.

Delayed graft function (defined as serum creatinine level of > 310 mg/dL on the third day after transplant) was diagnosed in 36 patients, but a renal scan showed good perfusion of the allograft in all of these cases. Seventeen recipients returned to dialysis because of chromic rejection. One-year recipient survival was 96.8%. The most-common causes of death were cardiovascular disease and infection.

During follow-up, we did not encounter any case of renal artery thrombosis or any suspected arterial stenosis according to the clinical presentations. Renal vein thrombosis was found in 1 patient 3 months after operation. He was a 7-year-old recipient who had been discharged with normal creatinine, but was admitted because of diarrhea, vomiting, high-grade fever, and anuria, 3 months after the operation. Renal scan showed a nonfunctioning allograft and color Doppler ultrasonography confirmed renal vein thrombosis.

After the introduction of the Carrel patch technique for end-to-end anastomosis of allograft arteries in 1902 (2), many transplant surgeons have presented their own technique for vascular anastomosis in these patients (3-7). Most of these efforts have been made to reduce kidney ischemic time and risk of transplant artery stenosis, because both warm and cold ischemic time and renal artery stenosis may lead to allograft dysfunction (8-11).

Jones presented a sutureless vascular anastomosis technique using vascular clips in 21 recipients. In comparison with conventional running suture technique, the ischemic period reduced by 51% when clips were used for arterial and venous anastomosis (9).

Ye and associates performed an arterial anastomosis with titanium ring pin staplers in 36 kidney recipients. This technique was safe and time-saving, but it was not suitable for end-to-side or side-to-side anastomoses, severely calcified, or atheromatous arteries and pediatric renal transplant (6).

Zomorrodi and associates compared the blood flow in allograft renal arteries anastomosed with 2 different techniques. In 1 group, they used a 2-corner continuous suture technique, and in the other, they used a combined suture technique (two-thirds of the artery diameter with continuous suture and one-third with interrupted sutures) was used. The difference in blood flow velocity in 2 groups was not statistically significant, and they concluded that other factors (such as gentle handling of tissue, enough spatulation, margin reversion, and comparable diameter of the anastomosed vessels) may be more-important in preventing transplant artery stenosis than the type of suture technique (10).

We had no cases of vascular complications in the early postoperative period in our patients. Allograft arterial stenosis should be suspected in any recipient who presents with new onset or severe hypertension refractory to medical therapy, unexplained graft dysfunction, and new audible bruit over the graft. Based on these clinical scenarios, we found no cases of renal artery stenosis in the recipients. During follow-up, we encountered no case of arterial, and only 1 case of renal vein thrombosis, in our patients. This shows safety and good patency of anastomosis using 1-suture, 1-knot technique. There are some other important advantages using this method for allograft vascular anastomosis:

One-suture, 1-knot technique is a safe, rapid, and easy method for arterial and venous anastomosis of renal allograft with a low complication rate. It can be used in children and adults, and is especially valuable in obese patients and recipients with deep iliac fossa. We recommend this method for almost all recipients 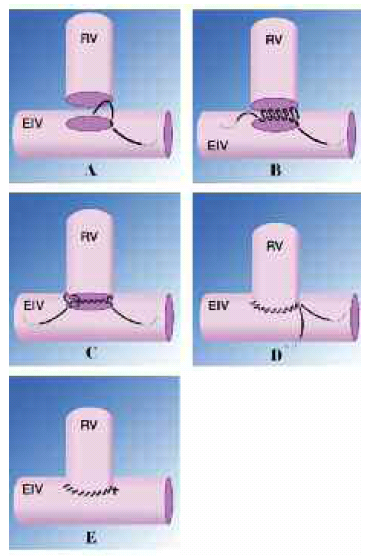 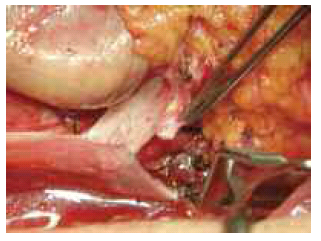 Figure 2. End-to-side anastomosis of the renal vein to the external iliac vein. 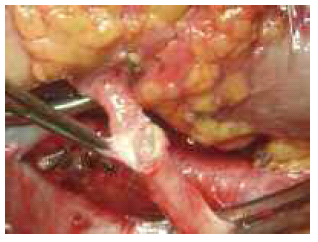 Figure 3. End-to-end anastomosis of the renal artery to the internal iliac artery.