Objectives: Mycophenolate mofetil (MMF) is used in liver transplantation (LTx) to reduce rejection, nephrotoxicity, neurotoxicity, and the need for steroids. Lower trough concentrations and bioavailability have been reported with oral MMF in first week after LTx. These parameters improve after the first month postoperatively. Previously published studies have used oral formulations of MMF. In this study, we sought to examine survival, rejection, and nephrotoxicity rates using IV MMF in live donor liver transplantation (LDLT).

Patients and Methods: Twenty-eight patients (mean age, 50.1 years; 15 men, 13 women) were examined between January 2000 and January 2004 with a mean follow-up of 17 months for survival, rejection, and renal function.

Results: Four patients died at 2, 5, 8, and 18 months after LDLT from sepsis (n = 3) and recurrent hepatocellular carcinoma (n = 1). There were no retransplants; hence, patient and graft survival rates were the same (82.4%). Three patients (10.7%) experienced acute cellular rejection requiring treatment. The mean serum creatinine level prior to LDLT was 0.9 ± 0.4 mg/dL, which remained stable throughout the study. One patient required hemodialysis during the perioperative period for 8 days.

Conclusions: In the current study, we demonstrate a new strategy of IV MMF administration with low-dose tacrolimus that provides for lower rates of acute rejection, better preservation of renal function, and one that is better tolerated compared with historical treatments after LTx.

During the last 25 years, calcineurin inhibitors (tacrolimus, cyclosporine) have primarily been the immunosuppressive agents used in solid organ transplantation [1]. The main adverse effects of these drugs are nephrotoxicity and neurotoxicity. Usually, these drugs are used with an initial bolus of steroid, after which, patients are subsequently weaned off in most cases. Various protocols have been developed to further reduce the rate of rejection, minimize nephrotoxicity, and allow withdrawal of steroids [2-6].

Mycophenolate mofetil (MMF) has a different mechanism of action than calcineurin inhibitors and does not have any proven nephrotoxicity [7, 8]. An oral formulation of MMF has been used for kidney transplantation (KTx) and liver transplantation (LTx). A prospective randomized multicenter trial for KTx in the United States and Europe and other multicenter trials in Europe, Canada, and Australia have compared oral MMF, cyclosporine, and steroid against cyclosporine, steroid, and azathioprine or placebo. These trials have shown significantly lower rates of rejection with MMF; however, improvement of patient and graft survival rates after kidney transplantation was not shown [8]. Similar combination therapies with oral MMF and either tacrolimus or cyclosporine have met with limited success in LTx. One of the main reasons may be that nearly 30% of liver transplant recipients have preexisting anemia, leucopenia, and/or thrombocytopenia and therefore are less likely to tolerate MMF. Also, gastrointestinal disturbances and infection rates are higher after LTx compared with after KTx. At the same time, the severity and rate of rejections are lower in LTx compared with KTx patients.

The Pittsburgh prospective randomized study comparing tacrolimus and steroid against tacrolimus, steroid, and MMF found a withdrawal rate of 58.9%. Although the rate of acute rejection in the first 3 months was lower with MMF, it was not significantly different during the second year. However, a reduced nephrotoxicity rate and a reduced dialysis need were clear in the postoperative period [9]. Similar withdrawal rates of MMF have been reported by Klupp and colleagues [10] and others [11-13]. When trough concentrations of MPA (mycophenolic acid, an active compound of MMF) were measured over time after oral MMF, they were found to increase with time after LTx [14]. In another pharmacokinetic study, a significantly progressive increase in bioavailability of MMF at 1 week, 2 weeks, and 4 weeks post-LTx was demonstrated [15]. So far, all published studies on MMF have been performed with the oral formulation. Based on this observation, a new strategy was developed at our institution to administer MMF intravenously (IV) instead of orally for the first 3-5 days after LTx with simultaneous use of low-dose oral tacrolimus. Initial observations from ongoing pharmacokinetic studies at our institution with IV and PO MMF, have shown that in LDLT patients, the mean area under the curve (AUC0-12) with IV MMF was more than twice that of oral MMF (26.0 mg/L/hour vs 12.4 mg/L/hour). Also, the mean peak values of IV MPA were significantly higher compared with oral formulation (10.2 mg/L vs 3.0) [16].

Therefore, we sought to examine the role of IV MMF, low-dose oral tacrolimus, and steroid induction in adult-to-adult LDLT patients and to evaluate patient and graft survival, rate of rejection, and renal function.

Between January 2000 to January 2004, 115 patients underwent LDLT at our center. Of these, 28 patients (24.3%; 15 men, 13 women; mean age, 50.1 ± 12.4 years) received IV MMF. Patient data were retrospectively reviewed after receiving institutional review board approval. All patients were started on IV MMF (1 g b.i.d. for 3 to 5 days), oral tacrolimus (0.05-0.1 mg/kg/day in 2 divided doses), and steroid bolus. Subsequent adjustments in tacrolimus dosages were made to achieve trough concentrations of 8-10 ng/mL by the third or fourth postoperative day. Oral MMF was started once patients were able to tolerate an oral liquid diet. All patients received 1 g methylprednisolone intraoperatively followed by tapering doses of 600 mg over the next 5 days. After 5 days, 20 mg/day was given and gradually reduced to 5 mg/day by 3 to 6 months. All patients were followed until August 2004 with a mean follow-up of 17 ± 9.6 months. Demographics and diagnoses of the study patients are shown in Table 1. The causes of death, retransplantation, rate of rejection, renal function, and baseline immunosuppression were reviewed at various time points during the study.

Results are expressed as means ± standard deviation. Patient and graft survival rates and freedom from rejection were estimated using the Kaplan-Meier formula.

Nine liver biopsies (52.9%) showed borderline rejection with a rejection activity index (RAI) of 2 or less. These patients were not treated for acute rejection.

Renal function
Mean serum creatinine prior to LDLT was 0.9 ± 0.4 mg/dL, which remained stable throughout the study period (Figure 3). One patient (3.5%) required hemodialysis for 8 days.

It is interesting to note that 20.8% of patients discontinued MMF by the end of 1 month while on oral therapy, and none did so while on IV MMF. The number of patients who discontinued oral MMF progressively increased to 56.5% by 12 months, the rate that is similar to that reported by others [10-13]. The mean MMF dose was 1.4 ± 0.5 m/day in patients who continued MMF.

The perioperative course of post-LTx patients is much more complicated than in KTx patients. The majority of complications, including neurotoxicity, renal impairment, rejection, graft loss, and death occur within the first few weeks of transplantation [1]. The introduction of cyclosporine in the early 1980s almost doubled patient and graft survival rates by reducing the number of grafts lost from immunologic causes [17, 18]. Furthermore, with the development of tacrolimus, immunological loss of liver allografts became extremely rare [19, 20]. However, in the early postoperative period, neurotoxicity and nephrotoxicity remain a major concern [21-25]. The need for a third immunosuppressive agent to reduce the dosage of calcineurin inhibitors and prevent these short- and long-term postoperative complications was of paramount importance, especially as increasing numbers of sicker patients, with greater degrees of pre-LTx renal impairment were undergoing transplantations [26].

With FDA approval of MMF in 1995, various immunosuppressive protocols using MMF and calcineurin inhibitors were developed. Several prospective studies with these protocols reported varying degrees of success with the drug. One of the main drawbacks with MMF was a high withdrawal rate due to preexisting or de novo hematologic and gastrointestinal disorders [9]. Studies from Pittsburgh have reported a lower trough concentration of MPA and lower bioavailability of the drug with oral MMF after LTx in the first few weeks [14, 15]. Pharmacokinetic studies in cirrhotic patients published by the manufacturer revealed 50% lower AUC in these patients than in healthy volunteers. Also, mean MPA AUCs in the early posttransplant period (< 40 days) were approximately 20%-41% lower than they were in the latter posttransplant period, and Cmax levels were 32%-44% lower during the early period compared with the latter transplant period (3-6 months) [27]. All previous clinical studies on MMF have been published using the oral formulation. MPA drug concentration studies were not conducted in the past. Also, in KTx, dose finding studies have shown that a dose of less than 2 g was less effective [28]. Introduction of intravenous MMF provides an alternative solution and guarantees adequate exposure of the drug. Initial results from ongoing pharmacokinetic studies at our institution comparing IV MMF with oral MMF demonstrate that in live-donor liver transplant patients, the mean area under the curve (AUC0-12) and peak MPA concentrations were significantly higher with IV MMF compared with oral MMF [16].

Interleukin-2 antibodies with calcineurin inhibitors have been successfully tried to preserve renal function [2, 3, 29, 30]. Also, the use of sirolimus with reduced doses of tacrolimus has shown initial promise [4]. Unfortunately, the multicenter randomized trial using sirolimus was halted owing to an increased rate of arterial thrombosis, thrombocytopenia, hyperlipidemia, delayed wound healing, and pneumonitis. At present, there is a black box warning by the FDA for 1 month after LTx, the critical time, when a nonnephrotoxic immunosuppressive agent is needed the most.

This leaves us with few options but to utilize MMF in a more meaningful way. With this background, using IV MMF may be a better therapeutic strategy. This is the first report on IV MMF with low-dose tacrolimus where low tacrolimus levels were maintained in the early post-LTx period and then allowed to rise slowly, to protect renal function. This is the lowest rate of acute rejection in the first 3 months reported so far in any series after LTx, despite sub-therapeutic tacrolimus levels for first 2-3 days after LTx with any immunosuppressive protocol [2, 4, 10, 13, 21, 22, 31-33]. Acute rejection rates varying from 25%- 60% have been reported in the first year after LTx in these studies. Also, a renal dysfunction rate of up to 27% requiring dialysis has been reported in these studies compared with a rate of only 4% for transient renal dysfunction in the present report. Higher creatinine levels at 1 year predict poor long-term patient survival and result in a significantly higher rate of renal failure [34, 35]. With presently available options, we feel that initial use of intravenous MMF, low-dose tacrolimus, and steroid induction provides an effective immunosuppressive strategy to reduce the rate of rejection and preserve renal function.

This is the first study using IV MMF and low-dose tacrolimus reporting effective immunosuppression with low rates of acute rejection as compared with historical data. This is due to the better bioavailability of IV MMF compared with oral MMF. Better MPA availability along with the use of subtherapeutic tacrolimus levels in the initial post-LTx period preserves renal function. 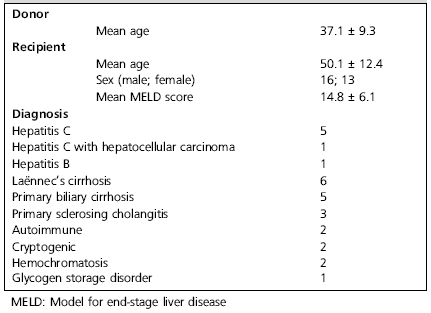 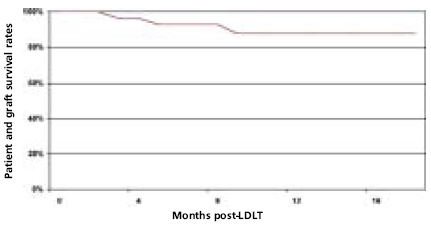